Vandergriff and VanValkenburg debate in Henrico ahead of November election 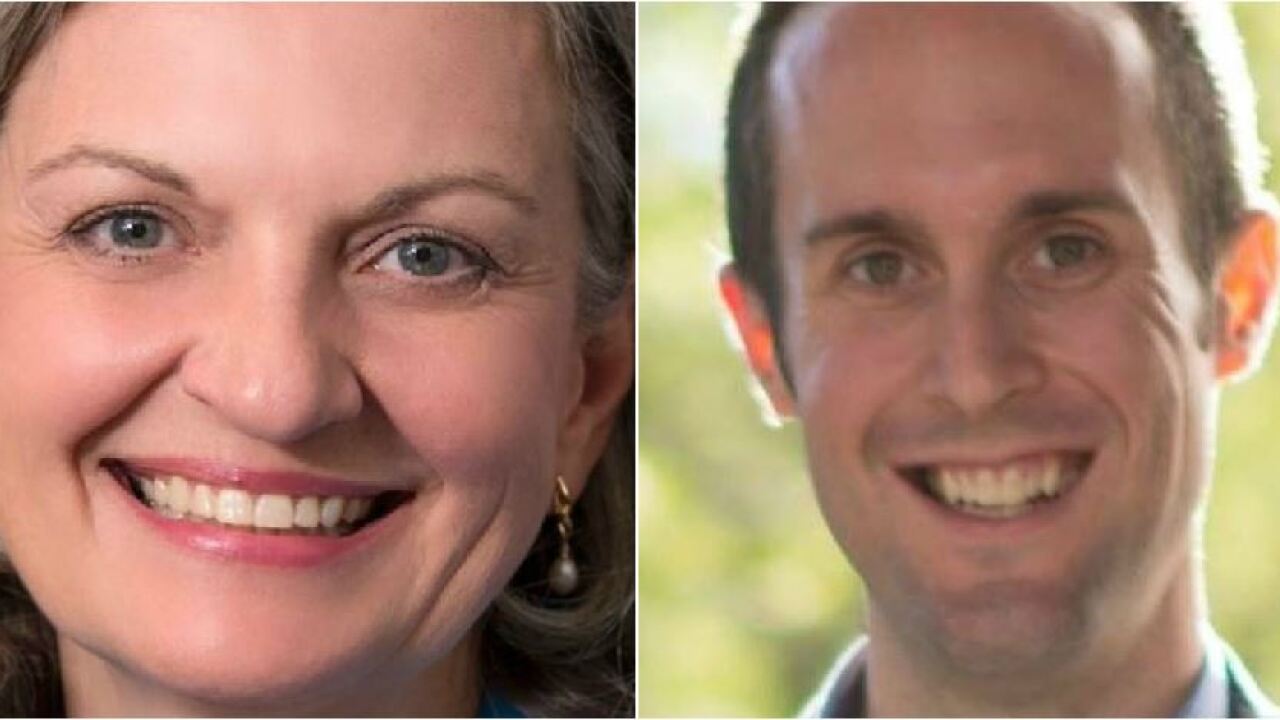 HENRICO COUNTY, Va. — Candidates vying for seats in the 72nd and 73rd House Districts engaged in a fast-paced debate and fielded constituent questions Tuesday at the Libbie Mill Library in Henrico County.

GayDonna Vandergriff is running against incumbent Del. Schuyler VanValkenburg, D-Henrico, hoping to reverse the county’s recent switch from red to blue. Henrico’s 72nd and 73rd Districts both shifted from Republican to Democrat in the 2017 election.

VanValkenburg has raised $375,000 putting him ahead of his challenger by well over $200,000, according to data from the Virginia Public Access Project.

For the 73rd District seat, Democrat Rodney Willett and Republican Mary Margaret Kastelberg are running for public office for the first time. Willett has an almost $3,000 lead with donations, according to VPAP, with both candidates raising over $280,000.

This was the last of three political forums ChamberRVA hosted ahead of the election. Candidates responded to a combination of pre-written and audience-submitted questions. Around 80 people had gathered for the event just before its 6 p.m. start.

Candidates from the 72nd District went first. Dan Palazzolo, a political science professor from the University of Richmond, moderated the event. Candidates had 90 seconds to answer each question.

VanValkenburg, a public school teacher, was adamant about raises for teachers and increased school safety measures. He also wants to see other parts of the state taking part in things that “Henrico does well” like encouraging the learning of trade skills and having kids sign letters of intent for jobs after high school.

Vandergriff is from the coal fields area of Virginia and is passionate about making sure people are educated for jobs that exist in their region.

VanValkenburg identified climate change as the biggest issue for today’s young people and thinks now is the time for action.

When it comes to conversation about climate change, “we need to quit being so dramatic,” Vandergriff said.

Climate action, gun control legislation, and increased health care coverage are all things Henrico Democrats hope to accomplish if they get enough momentum in November to help flip the House where Republicans have a slim hold, 51-49.

The crowd thinned out for the conversation with 73rd District candidates Willett and Kastelberg. They answered questions about what bills they would patron first, on what committees they’d like to serve, their first budget priority, and what motivated them to run.

Kastelberg has a background in finance and Willett is a local entrepreneur; they both talked about financial matters such as raising the minimum wage based on cost of living throughout Virginia, and raising teacher salaries.

“I think we actually agree on this,” Kastelberg said in response to Willett. “Teacher salaries would be a top priority.”

Kastelberg does not feel like Medicaid provides all of the answers for Virginians in need of health care and wants more coverage options.

“There is no one size fits all in health care,” Kastelberg said.

Willett serves on the Virginia Children’s Health Insurance Program Advisory Committee and said he wants Medicaid expanded to the over 300,000 people still in need of health care.

“We need to do better here,” Willett said. He also called out previous plans for failing to protect people with pre-existing conditions. Like Kastelberg, Willett said he supports creative solutions, but he emphasized a need to look into the details of all plans.

Despite the crowd being asked to hold their applause and remain quiet until the end, some candidate responses garnered loud reactions. Kastelberg previously said in a press release that she supports more gun control, including placing limits on high capacity magazines. During the forum she echoed those statements and said she’s opposed to banning weapons outright, which drew whispers from the crowd.

“That was a surprise to me, I didn’t know that she wasn’t comfortable banning assault type weapons,” said Lizzie Drucker-Basch, chairwoman of the Henrico County Democratic Committee.

Virginia’s 140 legislative seats will be up for reelection Nov. 5. The voter registration deadline is Oct. 15. Virginia residents can register online through the Virginia Department of Elections.