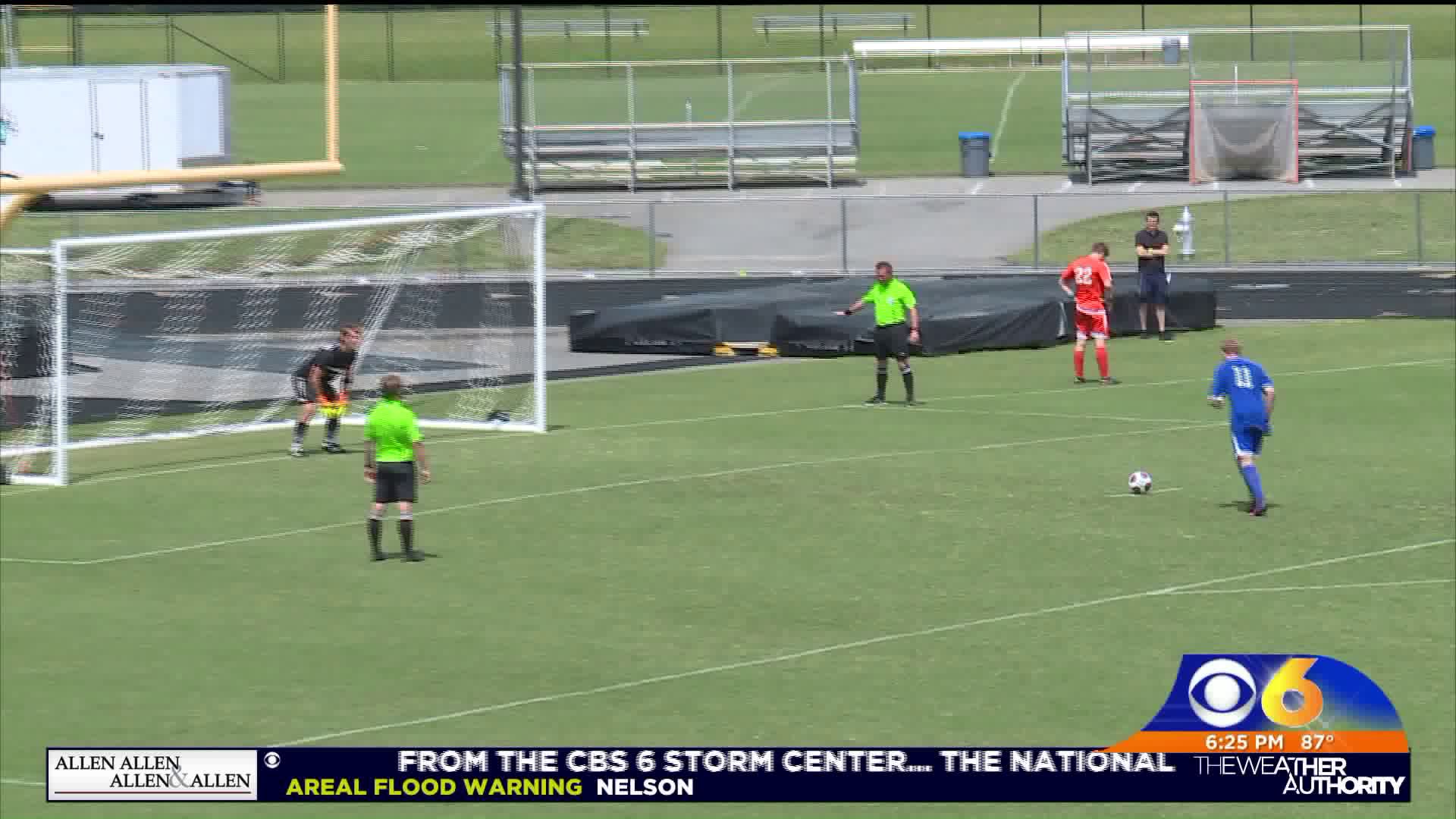 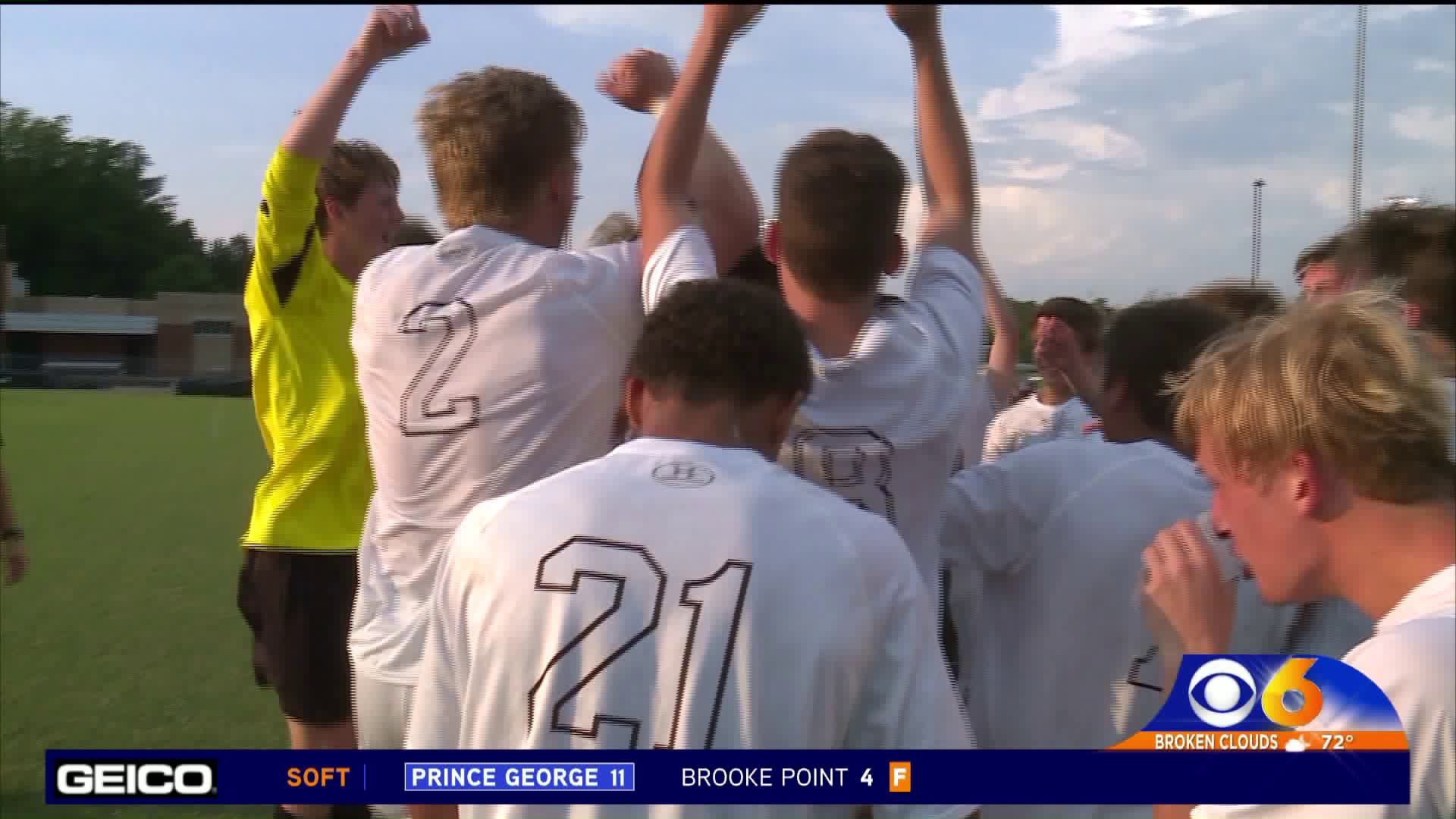 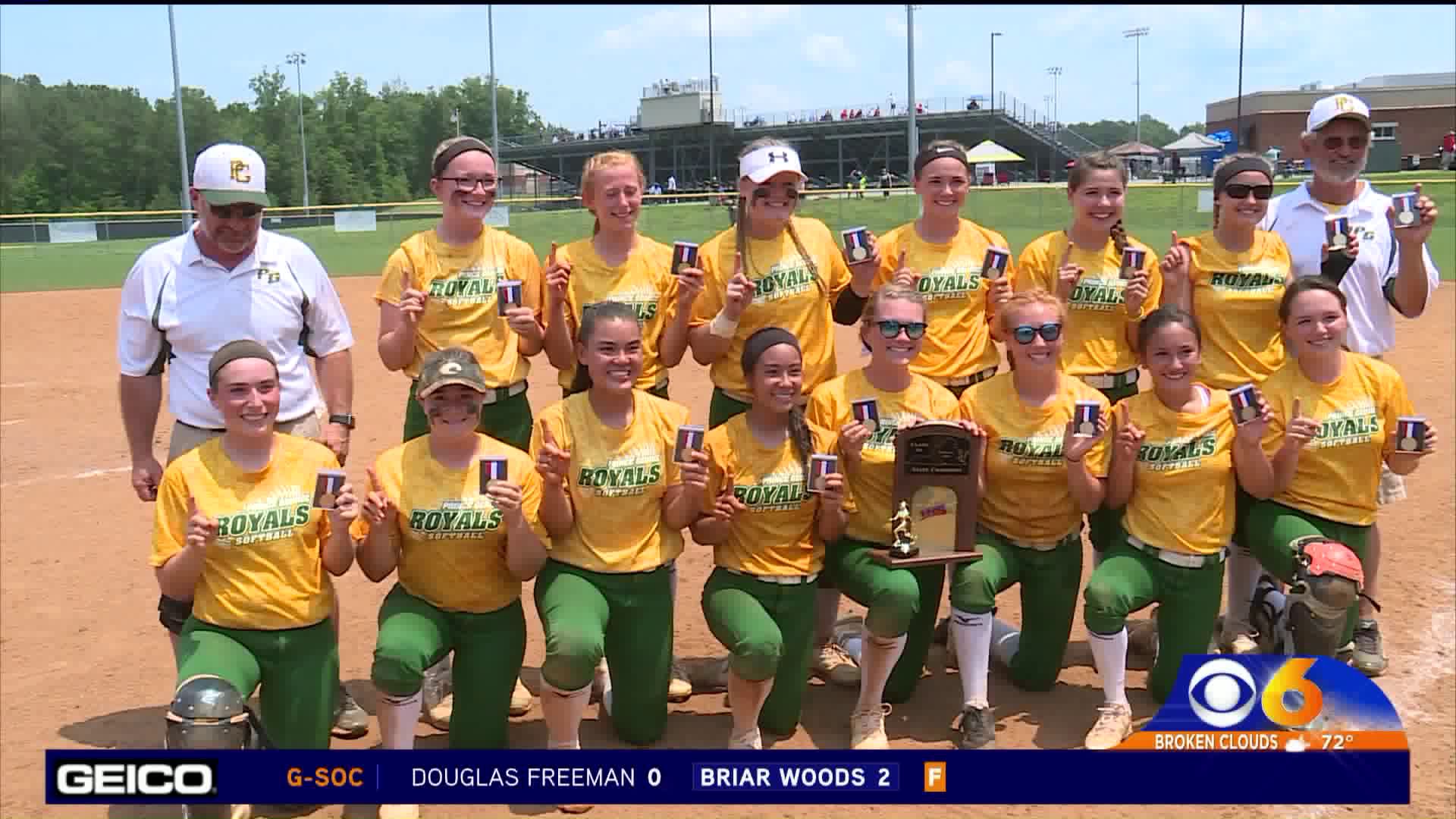 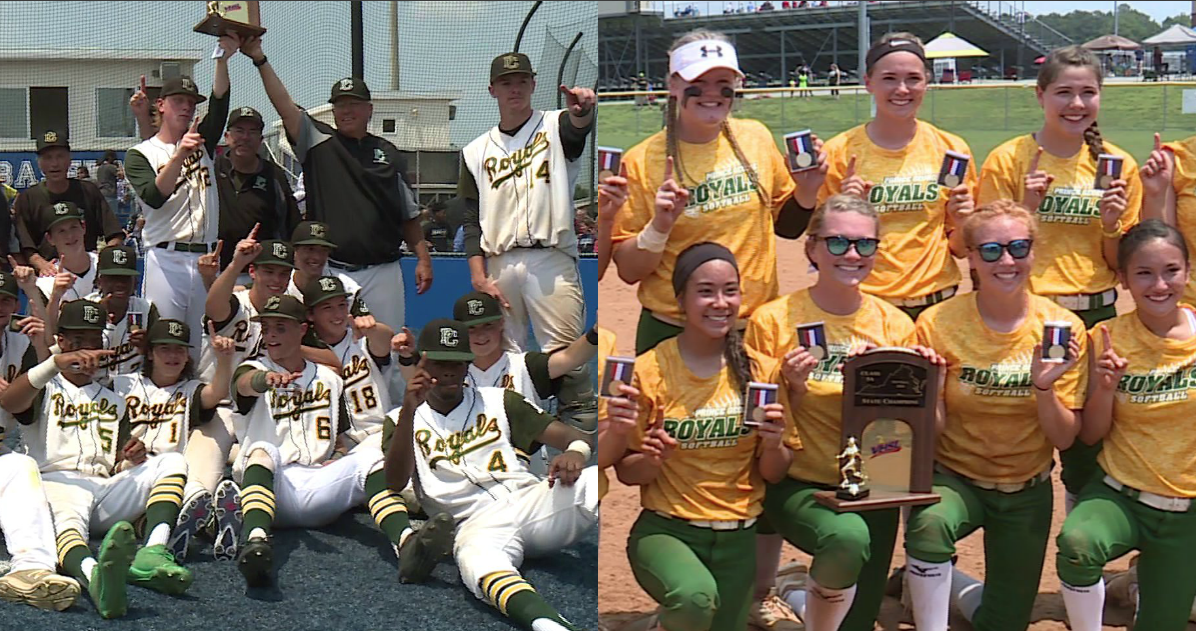 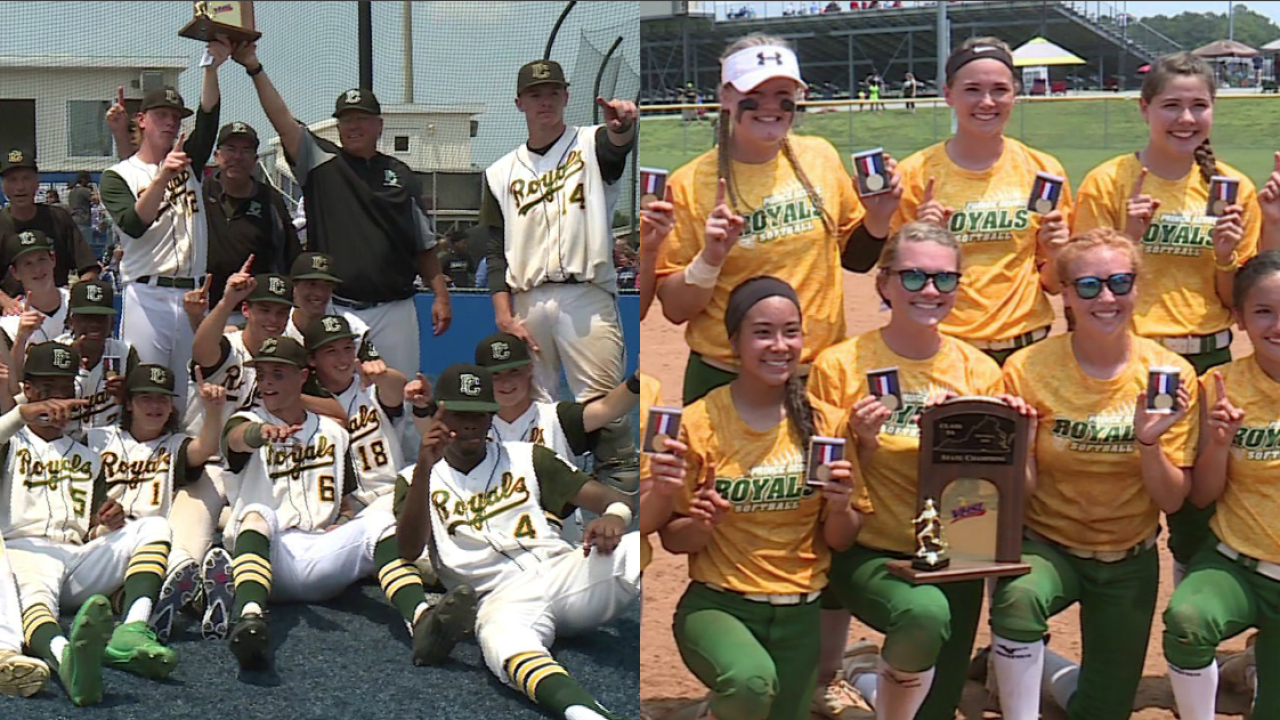 “I thought it was possible. We had a couple injuries early, but we overcame the injuries and we got those guys back. And then we started building momentum," Mickey Roberts, Prince George's longtime head baseball coach, said. "And from that point, I had a good feeling that we were going to roll right through and get ourselves to this point.”

The Lady Royals jumped out a 7-0 lead after a half inning as they sent 11 batters to the plate.  The win was the school's first State Title in school history.

“It’s really amazing. We come out every day knowing this could be our last day,” Prince George Senior Pitcher Laura Thompson said. “And for us, when we woke up this morning, eight of us came out knowing this is the last time we are going to put on a Royals uniform on. And it’s bittersweet, because we knew that this was it.

Caitlin Abernethy, a senior second baseman, said the win shows how hard the team has worked.

“It’s really just a representation -- this medal – of how hard we’ve worked all four years,” Abernethy explained. “I’ve been playing with these girls since middle school and the mean the world to me. They’re the best teammates I could ever ask for.”

The Lady Lancers ended their season 20-4.

For head coach Mike Anderson, winning the championship has been a long time coming. But it was  something he did not think was a sure bet midway through the season.

“I wouldn’t have guessed it, but these guys, from about Spring break on, have been impossible to beat and playing really hard,” Anderson said.

The coach said he was proud of the team’s accomplishment.

“I couldn’t be prouder. These guys worked really hard. This is a fantastic team,” Anderson said.  “I’m proud of all the guys that I have played with who had a chance to get to this game and didn’t quite get it. I hope they feel as proud as I do.”