Gun group calls for peace ahead of Virginia gun rally 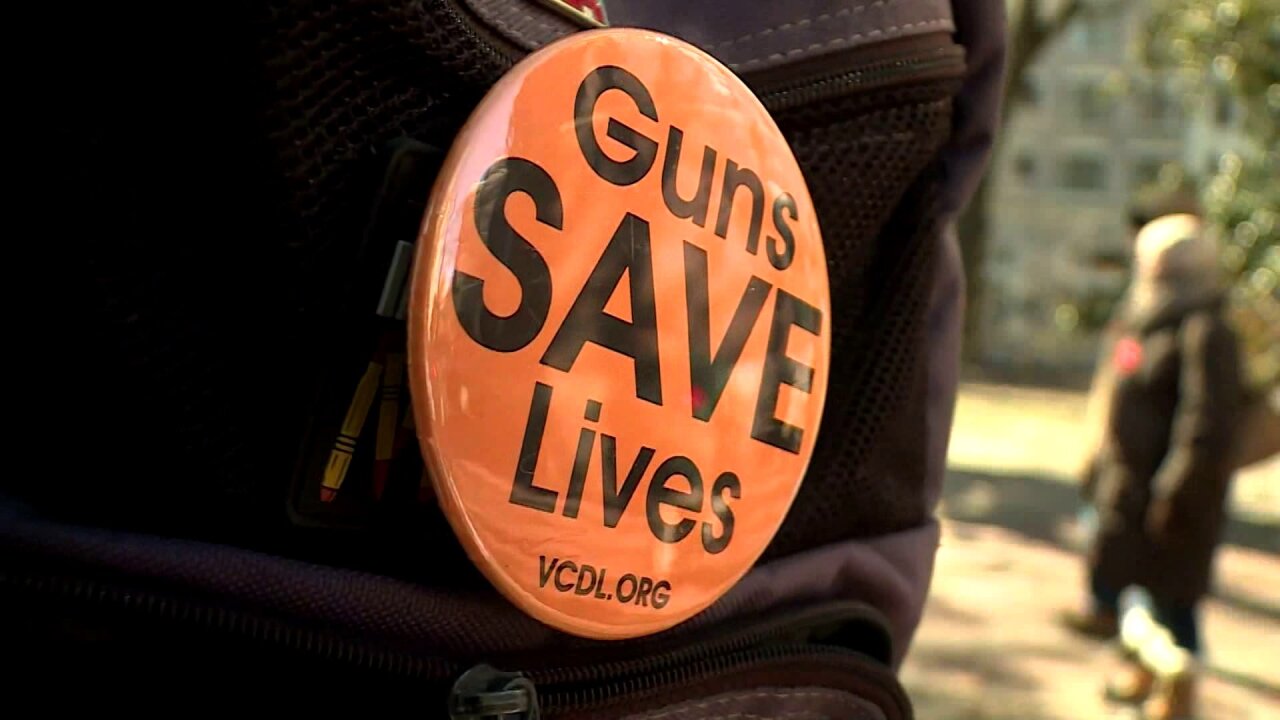 RICHMOND, Va. — The group leading a gun rights rally at the Virginia Capitol in downtown Richmond Monday told members to keep the peace.

The Virginia Citizens Defense League (VCDL) holds its Lobby Day each Martin Luther King Jr. Day at the state capitol. Typically members members meet with lawmakers and rally to express their support for gun rights. This year, Virginia Governor Ralph Northam ordered a temporary emergency ban on all weapons, including guns, from Capitol Square Friday through Tuesday ahead of the rally.

An image from the Virginia Citizens Defense League rally in 2019.

Northam cited credible threats of violence as the reason for the emergency ban.

While the Virginia Citizens Defense League questioned the governor’s motives, the group also made it clear to its members that the VCDL was not and should not the problem.

“To our knowledge there are no credible threats of violence,” a VCDL email to its members read. “That being said, please practice appropriate situational awareness. IF YOU SEE A BAD ACTOR flag down a police officer and point it out. If someone tries to provoke you, smile and walk away. There is probably someone secretly recording the interaction, with the intent of capturing some kind of inappropriate reaction on your part. Don’t take the bait. It’s not worth the bad press. Again, you might want to notify law enforcement of such bad actors. The eyes of the nation and the world are on Virginia and VCDL right now and we must show them that gun owners are not the problem.”

The VCDL email also indicated its leaders believed the governor’s weapons ban was illegal and its legal team was looking into its options.

On Thursday, the FBI announced the arrests of three members of a white supremacist group in both Delaware and Maryland, according to Dave Fitz, a spokesman for the FBI’s Baltimore field office.

The three men were members of a neo-Nazi group known as The Base, which describes itself as an international network that is training its members to fight in a race war, according to the Counter Extremism Project.

A law enforcement official tells CNN that they believe men were planning to attend a pro-gun rally in Richmond on Monday. They have been charged with multiple firearms and immigration-related offenses and are expected to appear in a Maryland federal court later Thursday.