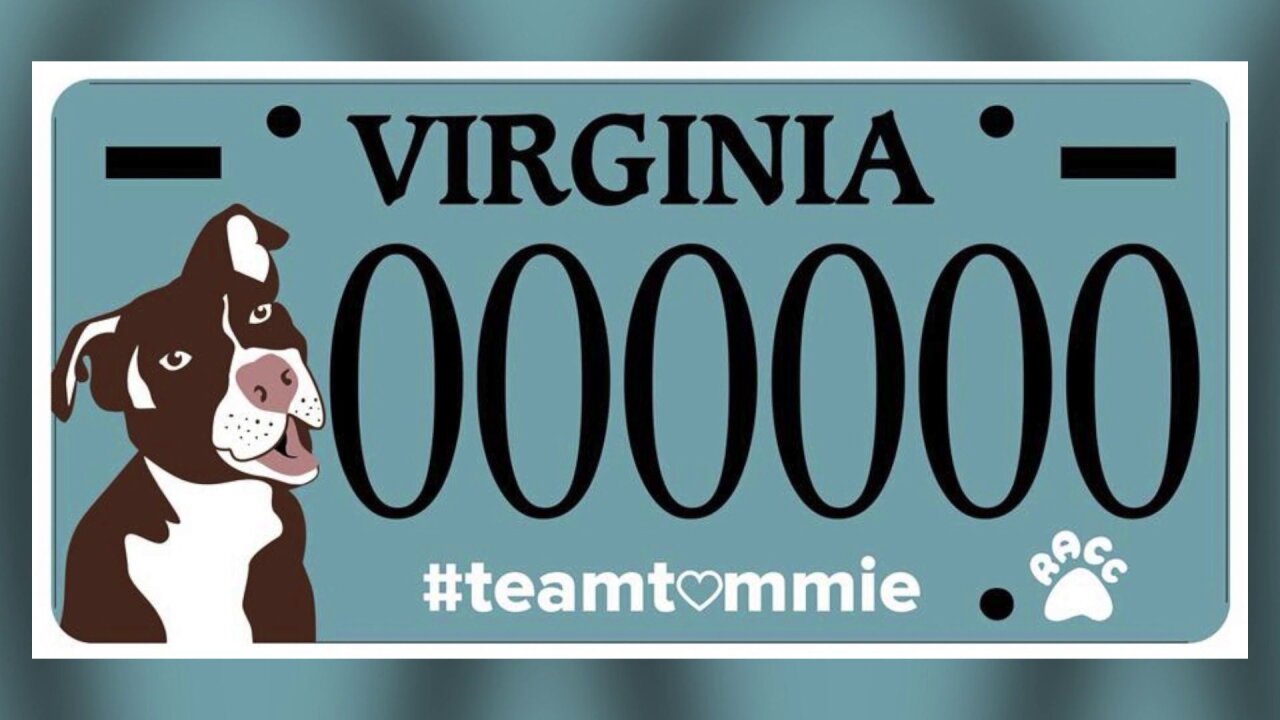 RACC announced the update on its Facebook page Thursday morning.

“WE DID IT!” the shelter posted.

After collecting 463 prepaid applications, a bill will be submitted to the Virginia General Assembly for the 2020 session to designate the plate as an official Virginia license plate.

“Huge thank you to Virginia Delegate Jeff Bourne for sponsoring this initiative!” RACC said in a Facebook post. “Thank you to everyone for supporting the lifesaving work we do-we can’t wait to see those Tommie plates!”

The shelter says pre-sale orders are still coming in and will be collected until December 31st.

Team Tommie formed following the death of Tommie, a dog who was set on fire in a Richmond park earlier this year.

Last month, the RACC Foundation announced the creation of the Tommie Fund. Money raised through the fund would help support the cost of emergency medical care for animals in other municipal shelters across Virginia.

Not only did the crime against Tommie prompt widespread donations, but it also led to Tommie’s Law, which increased the penalty for all animal cruelty to a class 6 felony -- a charge carrying a sentence of up to five years in prison or a $2,500 fine.