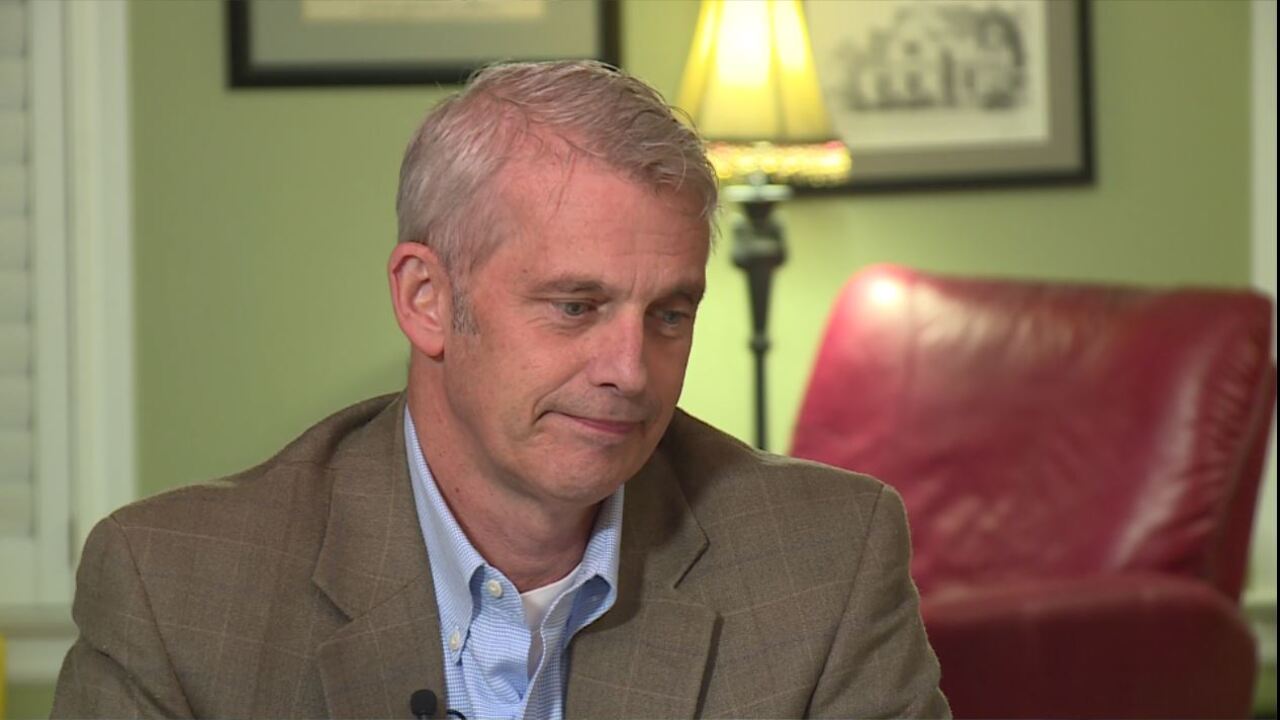 RICHMOND, Va. -- When Jeff Samford learned he needed surgery for double hernia repair, he did some research and found it would likely cost in the neighborhood of $10 - $12,000.  According to the surgeon's notes, the outpatient procedure was routine and lasted 91 minutes.

He was home within hours.

A search of drugs.com showed they charge a little under $700 for one kit, meaning HCA Virginia, the hospital's parent company, charged Samford 12 times that amount.

Samford's medical coverage from Liberty HealthShare pre-approved the surgery for up to $50,000.  Samford thought there was no way it would cost that much.

"It can't be justified."

"I kind of look at them and ask how do you justify that," Samford said. "It can't be justified."

Health attorney Jill Hanken with the Virginia Poverty Law Center (VPLC) agreed that "the bill did look to be extreme."

The Problem Solvers researched the cost of a hernia repair surgery in Central Virginia, reaching out to Virginia Health Information (VHI).

VHI collects healthcare data from around the state, in part to assist patients in comparing prices.

According to VHI, it did not make a big difference in cost if the patient had one hernia or multiple to repair.

Their numbers showed Henrico Doctors' Hospital charged the most of any Central Virginia hospital for a hernia procedure in 2016, with a median price around $47,000.

Where is the regulation?

"It doesn't make any sense, where is the regulation on that?  Where it the standardization on that?" Samford asked.

But Jennifer Obenchain with Patient Advocate Foundation said the wide variation in charges is perfectly legal.

"Can hospitals charge whatever they want for procedures?"

"So zero caps when it comes to a hospital charging a patient for a procedure?" Hipolit asked.

Samford, according to health insurance experts, is even more exposed because he does not have a traditional insurance plan. Instead, he opted to enroll in Liberty HealthShare, a non-profit Christian ministry organization that pools resources among self-pay patients to assist in covering each other's medical costs

"You're not getting the same protections that you would with real insurance. In fact, the hospital is treating this patient as they would treat an uninsured patient," Jill Hanken with VPLC said. "Uninsured patients get the rack rate, the full charges from hospitals rather than the negotiated rate that hospitals have with regular insurance plans."

"Can you explain why the hospitals would agree to the negotiated rate with an insurance provider, but charge somebody that was uninsured or participated in a health share so much more?" Hipolit asked.

"The simple answer is that they can," Hanken replied.

"Many medical providers negotiate with and give self-pay patients significant discounts and accept reasonable and customary payment for medical services," wrote Ipson.

Hanken said Samford's only recourse, after trying to negotiate with the hospital, was to hire an attorney and go to court.

"If this bill being so high is truly an outlier, a judge could determine that in fact the value of the services received is X number versus this charge," Hanken said.

Samford said Liberty HealthShare contracted attorneys to work on his behalf, but the $50,000 was paid before they even received an itemized bill.  To date, negotiations to lower the remaining balance have not been successful.

"Where are we going to come up with that kind of money?" Samford, a self-employed father of two, wonders of his $67,000 medical debt.

60 percent of bankruptcies happen in part, due to medical debt.

"That's true and that's why medical debt often leads to bankruptcy, 60 percent of bankruptcies happen in part, due to medical debt, so it's a real problem," Hanken said.

And, even if Samford never sends a check, Hanken said the hospital can still make money.

"They would sell the debt to a collection agency, let's say even 10 percent of it, (the hospital) pockets $7,000 and they're done," Hanken said.

It's a situation, Samford hopes to avoid.

Samford recently filed a complaint with the Consumer Protection Section of the Office of the Attorney General of Virginia.  He requested, "for Henrico Doctors' Hospital to write-off the outstanding balance due, and to be held to higher standards going forward."

They sent the following statement:

"We are dedicated to serving our patients and are committed to assisting with individual matters until they are fully resolved."

This is the same statement HCA Virginia provided in response to a previous story regarding billing concerns. The Problem Solvers then requested a formal interview with the hospital's new CEO, Ryan Jensen, but HCA Virginia replied the above statement is their response to our inquiry and they are unable to provide an interview at this time.

If you have received a surprise medical bill, send the Problem Solvers as many details as you can here.