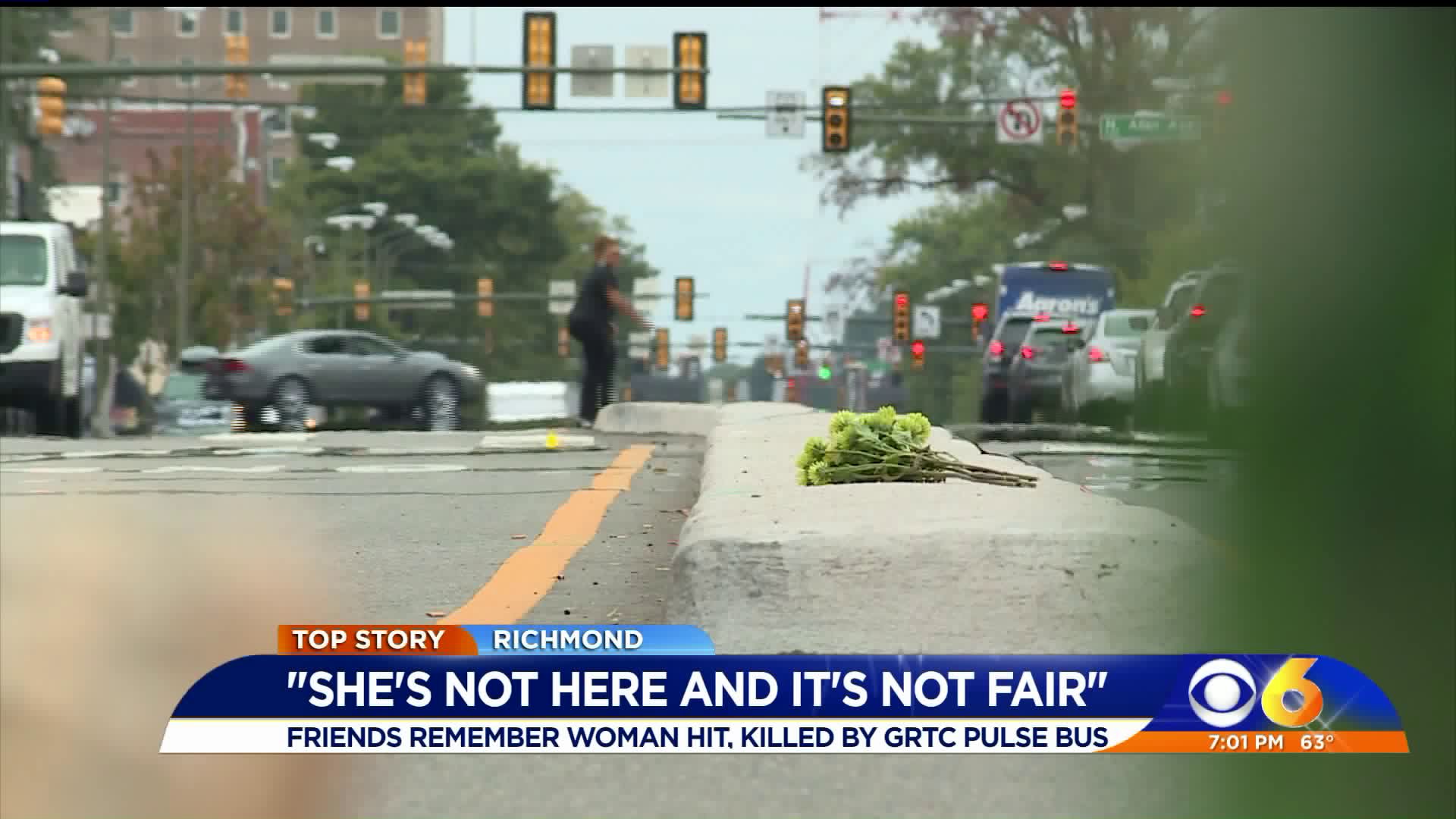 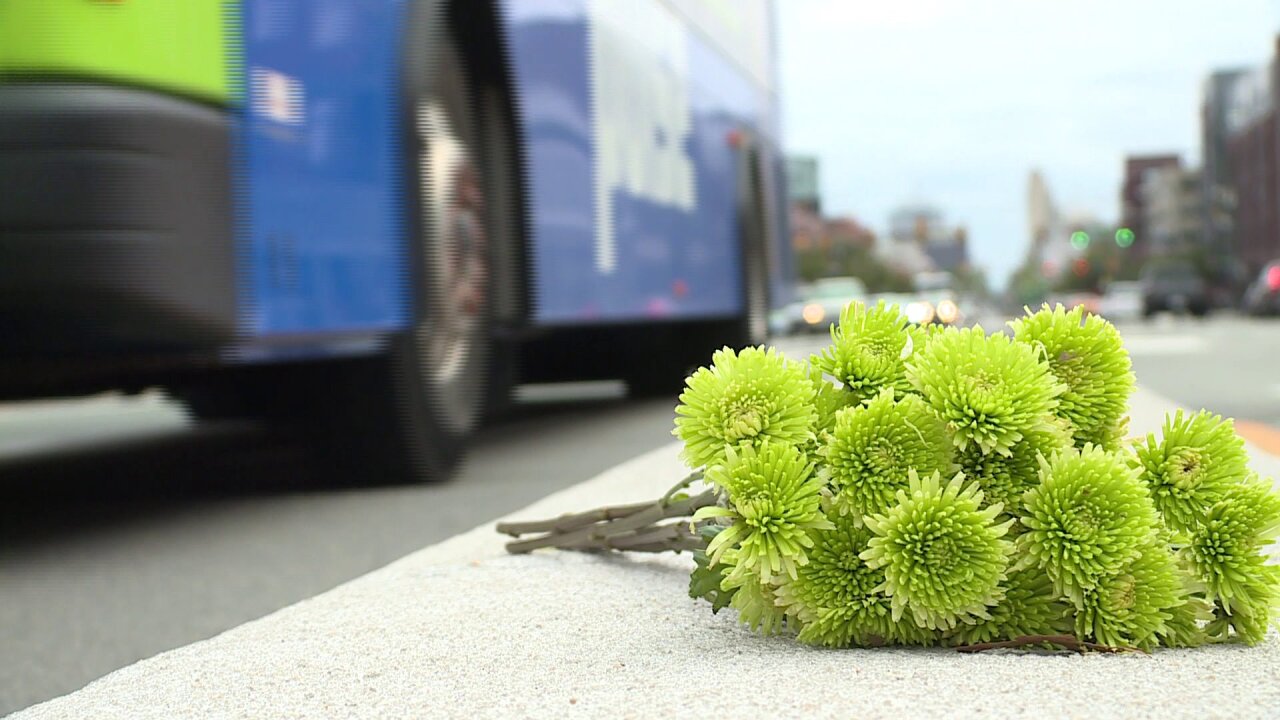 RICHMOND, Va. – Friends created a memorial to honor Alice E. Woodson near the spot where the 32-year-old died after she was struck by a GRTC Pulse bus Tuesday afternoon.

Police said Woodson was crossing West Broad Street when she walked into the bus-only lane and was struck by an eastbound GRTC Pulse bus just after 5 p.m.

"Early reports indicate the bus had the right-of-way,” a Richmond Police spokesperson said.

Woodson was getting out of car stopped that was at a red light in the left turn lane on Broad Street when she walked into the adjacent bus lane and was hit, according to Crime Insider sources.

GRTC Director of Communications Carrie Rose Pace said eight passengers were on Pulse bus 2007 when the victim was struck. No one on the bus was injured, but the driver was taken to the hospital as is procedure in such a crash, Pace said.

Remembering Alice Woodson: 'She was loved'

"If she’s some how watching this or like seeing this, I want her to know that she was loved and that we saw her," Anna Grace Houtz said.

Houtz and other friends created a memorial at Broad and Bowe streets using white flowers and balloons in honor of the venti white mocha Houtz said Woodson ordered "every single day."

People who worked at stores along Broad Street said Woodson was a hard-to-miss regular who lived two blocks away and was always walking her four dogs in the neighborhood.

"I mean I saw her, I see her all the time. It’s crazy she’s not here and it’s not fair," Houtz said.

Friends created this memorial Wednesday near the scene of the crash on West Broad Street.

The circumstances surrounding Woodson's death resonated with Houtz, who said she was also hit by a car along Broad Street last year.

Houtz added that she was pained after she saw social media posts of Woodson lying in the street.

"It’s not cool for people to be posting pictures like that," she said. "Shame on you for doing that."

Houtz said she wants people to know Woodson was a great person who was "always smiling" and deserves to be remembered.

"No, this is not therapeutic, but this is my only way that I can show that she was a good person and honor her," Houtz said about creating the memorial for her friend.

The GRTC bus remained on the scene and the bus operator, who was taken to the hospital as is procedure in such a crash, was interviewed by detectives, officials said.

The transit agency is working with police, who are investigating the incident.

Additionally, GRTC officials said the video from the bus has been turned over to police.

The investigation into the crash is ongoing, officials said.

Anyone with further information is asked to call RPD Crash Team Investigator J. Peterson at 804-646-1511.

GRTC Pulse, which launched in June of 2018, is a rapid-transit bus that connects Rocketts Landing in eastern Henrico to Willow Lawn in western Henrico. The line has 14 stops, mostly on Broad Street, along the 7.6-mile route through downtown Richmond.

Depend on WTVR.com and CBS 6 News for complete coverage of this important local story. Anyone with more information can submit a news tip here.