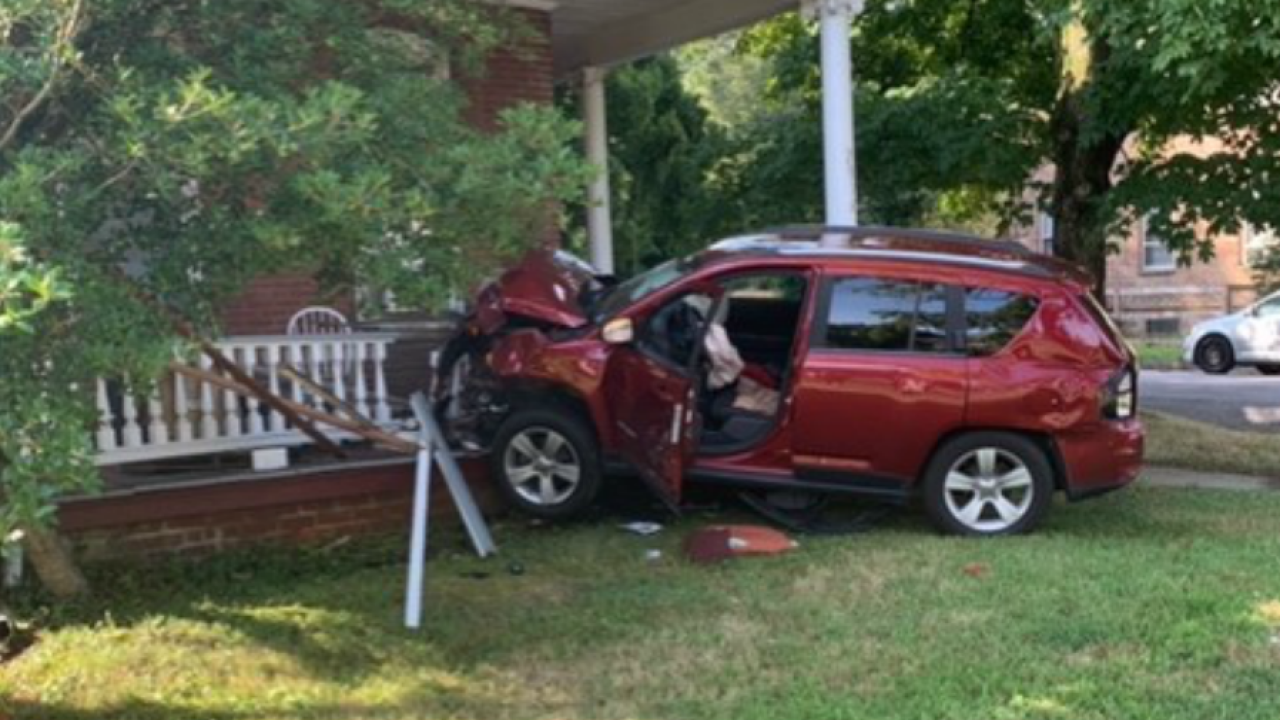 RICHMOND, Va. – A woman was injured Friday morning after a two-vehicle crash that ended with a Jeep slamming into the porch of a South Richmond home.

The crash occurred at approximately 9:15 a.m. when two vehicles collided at the intersection of Semmes Avenue and W 30th Street.

Police say a Jeep was traveling eastbound on Semmes Avenue when a Cadillac SUV turned on W 30th Street and collided with the Jeep, sending it off the roadway and into the porch of a home.

The female driver of the Jeep refused medical attention but was later transported to the hospital by a private vehicle.

The driver of the Cadillac has been charged with failure to yield and also operating a motor vehicle on a suspended license.

Police said both vehicles and the porch were damaged in the crash.

The crash occurred a few blocks away from the Patrick Henry School of Science and Arts, which as been the subject of CBS 6 Problem solver stories due to speeding along Semmes Avenue and a crossing guard shortage at the elementary school.