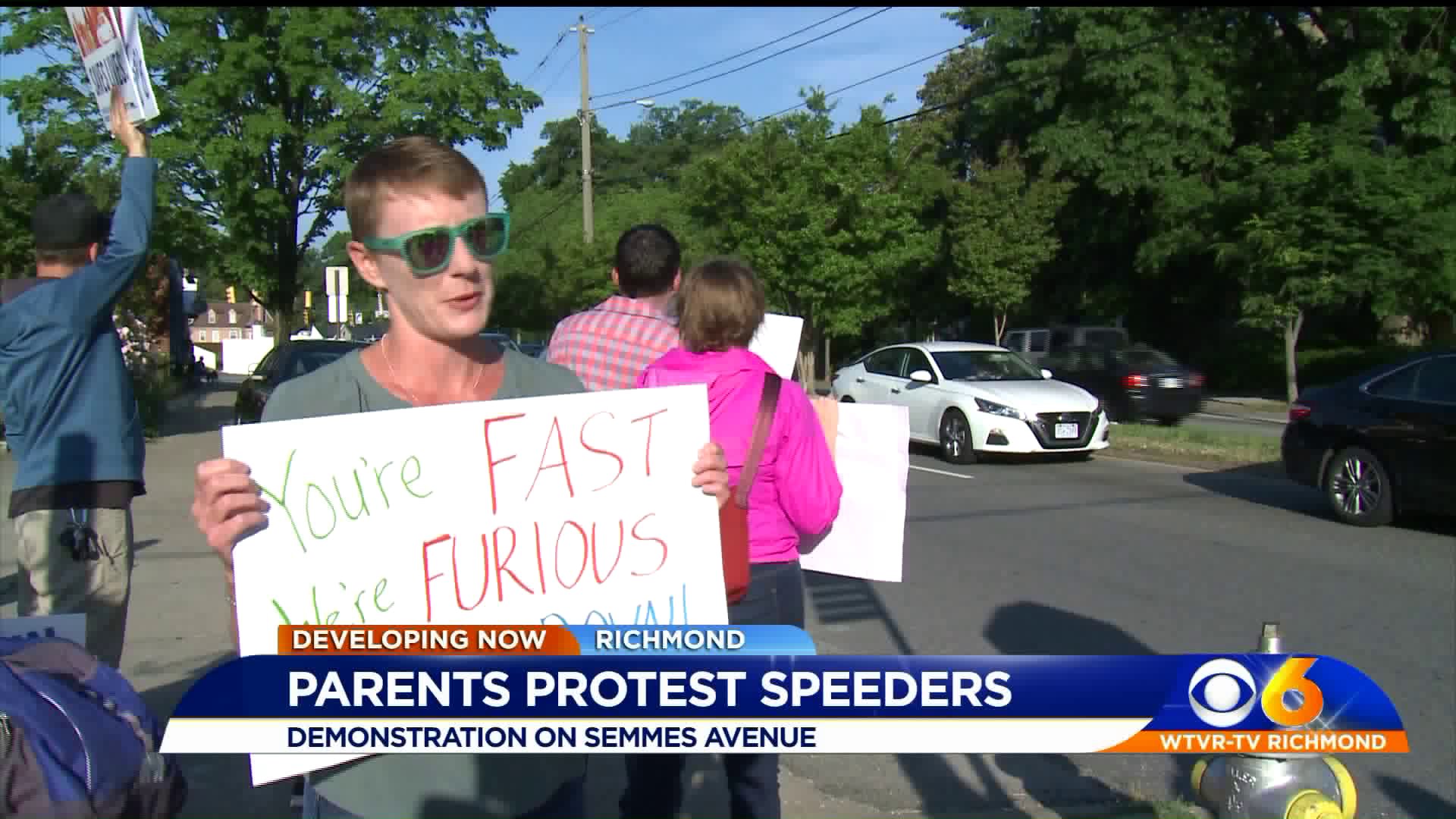 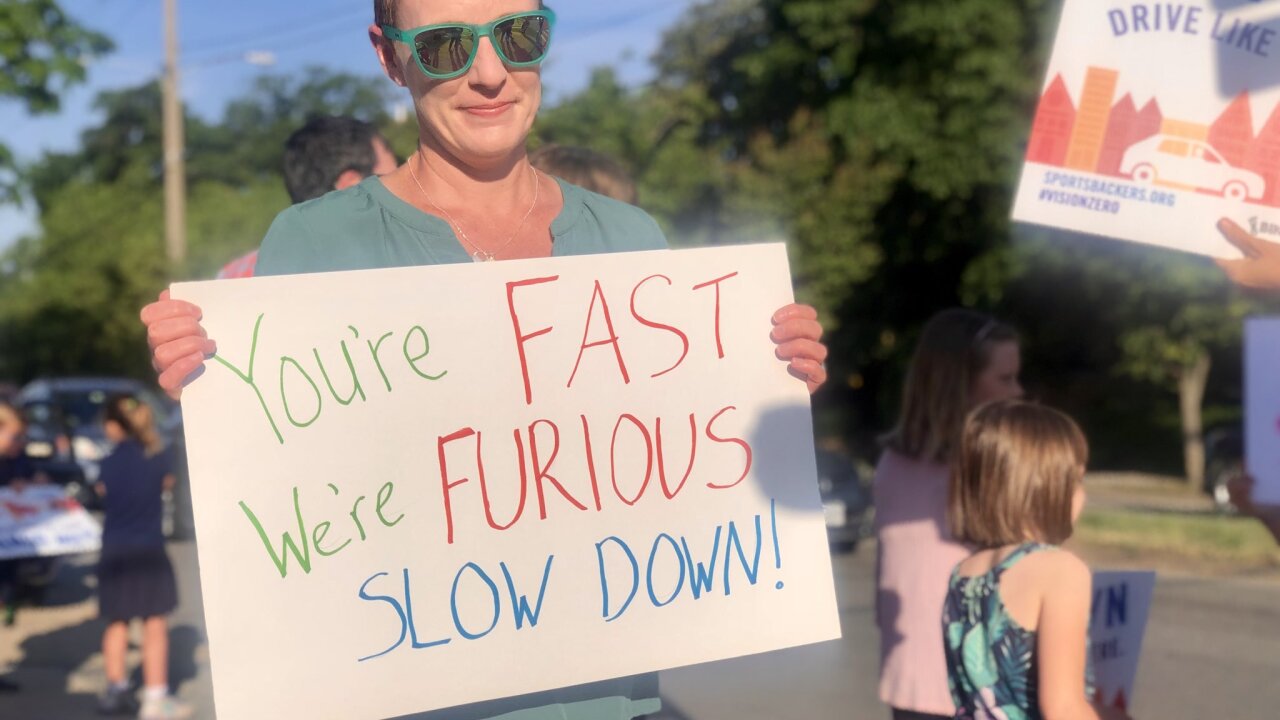 RICHMOND, Va.  --  Dozens of Patrick Henry Charter School parents gathered along Semmes Avenue in South Richmond to deliver a message to drivers speeding past the school -- SLOW DOWN!

The gathering, which began at 7:30 a.m., included chants and signs.

NOW: dozens gathering on Semmes Ave. outside of Patrick Henry Charter School to protest for the safety of children and urge drivers to SLOW DOWN. @CBS6 @RPS_Schools pic.twitter.com/TtgrYhpJ7Y

She said even in the school zone, just getting across Semmes Avenue can be a battle.

"The light turns green down there and they just gun it," said Kirchen. "If the crossing guard is not here you have to stop in the median and just hope that no one hits you as you're standing there with your two most precious things in the world -- it’s terrifying."

Kirchen said she and her two children cross the street daily.

Other parents like Sarah Milston said they avoid crossing the street if they can.

Milston has two daughters who attend Patrick Henry Charter School. Jaymes, a fifth grader, said speeding has been an issue on the road since she began attending the school as a Kindergartner.

"I’m hoping when the cars see the signs they say, 'Oh I'm going too fast. I’ve gone too fast like a lot. Like every day. And I need to be more aware of that,'" said Jaymes.

Milston added that she hoped awareness lasted longer than the day, but every time drivers pass Patrick Henry Charter School.

"I can see that they’re slowing down today," Jaymes said. "They’re going a lot slower now. But I’m just hoping they keep doing that even when we’re not holding up signs."

Many parents said they wanted to the city and school to do more in the same of safety.

Richmond Police confirmed that in the past few weeks, their motorcycle officers issued 15 speeding tickets near Semmes and Forrest Hill; 14 were for reckless driving which is 20 miles over the speed limit.