Man run over in Shockoe Bottom hit-and-run: ‘I didn’t think I was going to make it’ 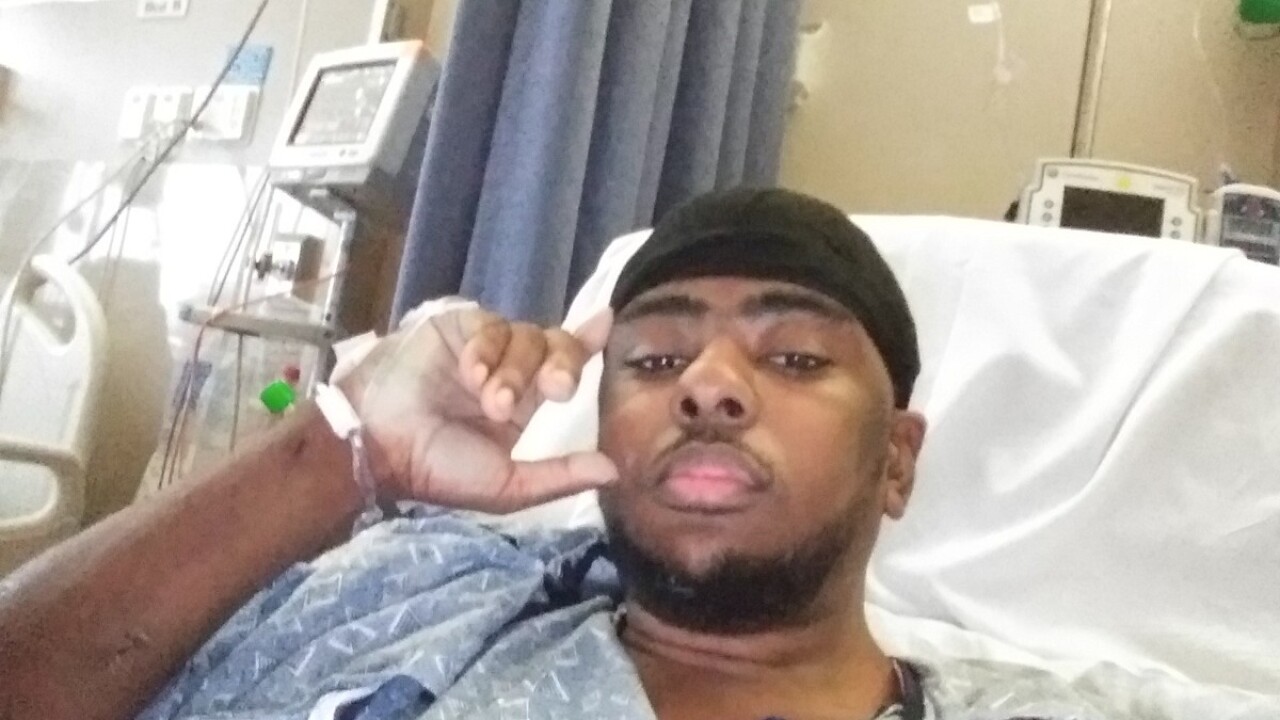 RICHMOND, Va. — What started as a fun night out with friends for a Richmond man, ended with him at VCU Medical Center after he was run over by a car in Richmond’s Shockoe Bottom. Cameron Riley was seriously injured in a deadly hit-and-run crash during the early hours of June 26.

“It was a good night at the club enjoying life with a few friends,” said Riley.

A good night, until his life was nearly taken in a blink of an eye.

Riley said he was leaving Image Restaurant and Lounge when he saw a big fight break out. Riley, who said he was not involved in the fight, said he was walking to his car and tried to get away from the chaotic scene.

Police said Shiauna Harris, 21, was involved in a fight outside the restaurant. They said after the fight, she got into her car and drove into a crowd on E. Main Street.

Riley was one of the victims along with Brittany Summers, and Shanice Woodberry, 22, who was killed.

Riley said the car was going 30 miles an hour when he was struck.

After being struck, Riley said he remembered screaming in pain and unable to move.

“I was screaming for help for almost five minutes until somebody came and helped,” he said.

Riley said he also remembered hearing someone get out of a vehicle and yelling over his body. He would later find out from a detective that the voice he heard was from the suspect, Shiauna Harris.

He said he didn’t know Harris or any of the other victims in the hit-and-run.

The Richmond man suffered a broken femur in his right leg, an injury that required rods, screws, plates, and 17 staples to be placed in his leg. He also needed five stitches in his right arm.

“I’m blessed to say I had no brain or major trauma injuries. I was conscious the whole time,” Riley added.

After spending nearly two weeks in the hospital, Riley is relearning how to walk and trying to overcome a series of new challenges.

“I have a walker. I can’t really take a full shower. My shower isn’t handicap accessible,” said Riley, who says the dad has to help him get dressed.

In addition to physical challenges, financial challenges have also been a burden. Riley says he can’t get short time disability because he had only been at his job for eight months at the time of the incident.

Riley said he has insurance, but he’s not sure how much they will cover.

He set up a GoFundMe page to help cover medical costs.

“I was inconvenienced. I don’t want anyone to feel any pity for me. I am genuinely asking for any donations you can give, even if you can give a dollar. Thank you, God bless, you,” said Riley.

Riley said he felt badly for all the victims involved in the crash, even Harris, the woman charged with first-degree murder in the incident.

“I just feel like us as a community need to do more do help one another,” said Riley. “It’s bigger than this one incident. I feel like she had a lot of built-up anger within. It’s sad… now she has to go behind bars because of displaced anger. Maybe she needed some counseling? We got to stick together as a community.”