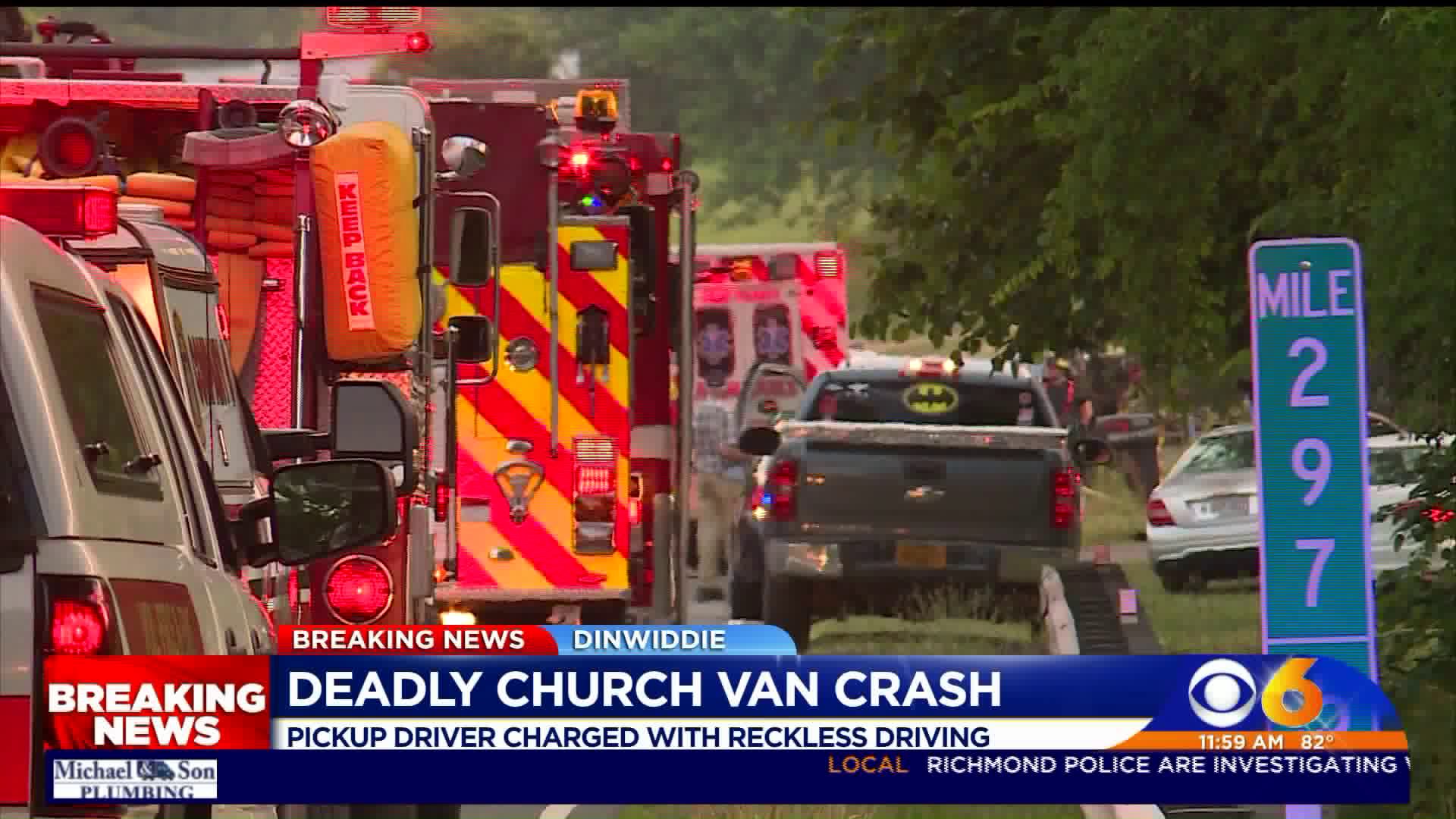 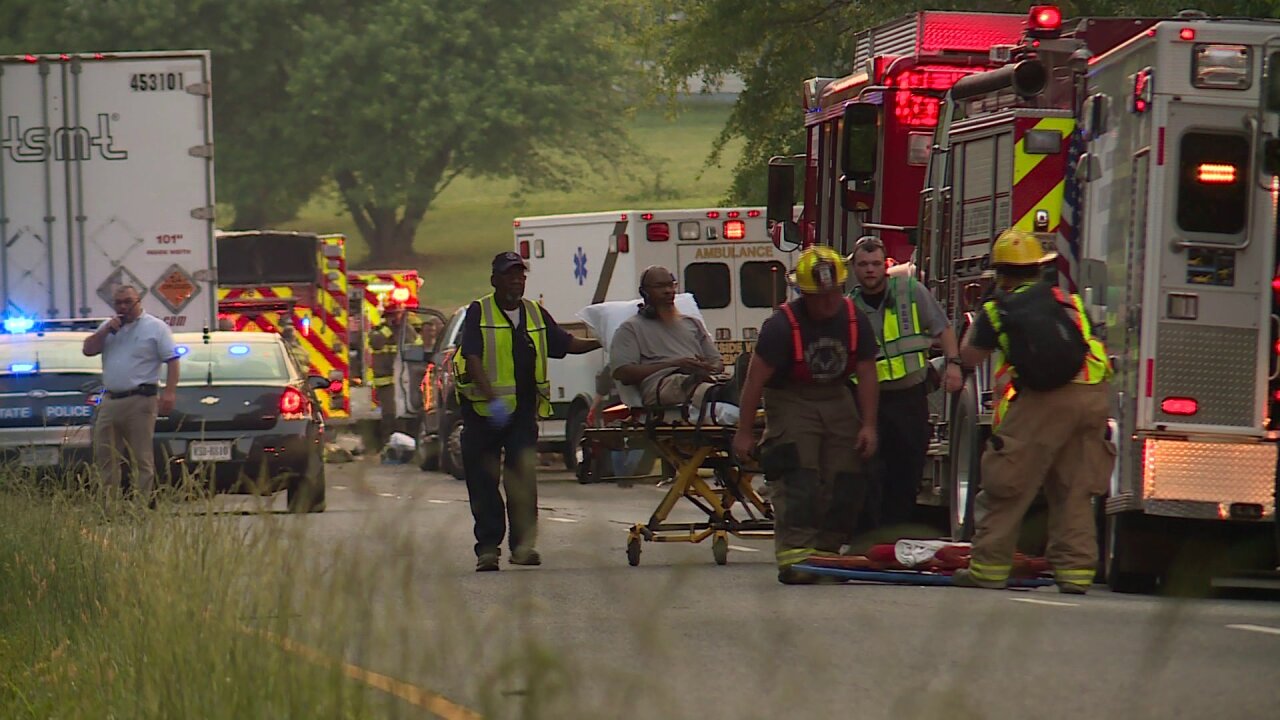 DINWIDDIE COUNTY, Va. – A driver has been charged with reckless driving after he rear-ended a church van in Dinwiddie County, killing four members of Shiloh Baptist Church.

Eleven members of the Blackstone congregation were onboard the church van when it was hit from behind by a large pick-up carrying metal on a trailer near Mount Zion Church in Dinwiddie County.

The church members were on their way to sing at a revival when the crash occurred at approximately 6:45 p.m. on May 28.

Virginia State Police say Robert Lee Allen, 47, of Norfolk, failed to stop in time and struck the van in the rear. The impact of the crash caused the van to overturn several times before it finally came to rest on its side off the right side of Route 460.

The four who did not survive the crash are all residents of Blackstone, Va.; James Farley, 87; Wartena Somerville, 36; Delois Williams, 72; and Constance Wynn, 85.

Allen, who suffered minor injuries, has officially been charged with reckless driving in connection to the fatal crash.

Days after the crash, Rev. Benjamin Brown Jr, Pastor of Shiloh Baptist Church, said he was glad the driver of the truck was not seriously hurt.

"I wish it would have never happened. Some people may be angry at him, but no, we don’t have any ill feelings towards him," he said.

"Nobody’s lost any faith in God. We understand sometimes things happen in life," Brown said. "We can’t explain it, don’t know why, but it doesn’t deter our faith and how we believe in God."

Since the crash, Brown said the outpouring of support from the community has been overwhelming.

"Thank God for them," Brown said "It’s what we do and what you’re seeing is love."

And Brown said thanks to that love, he’s certain the church will get through this stronger than before.

State Police says the crash remains under investigation with the assistance of the Virginia State Police Crash Reconstruction Team.