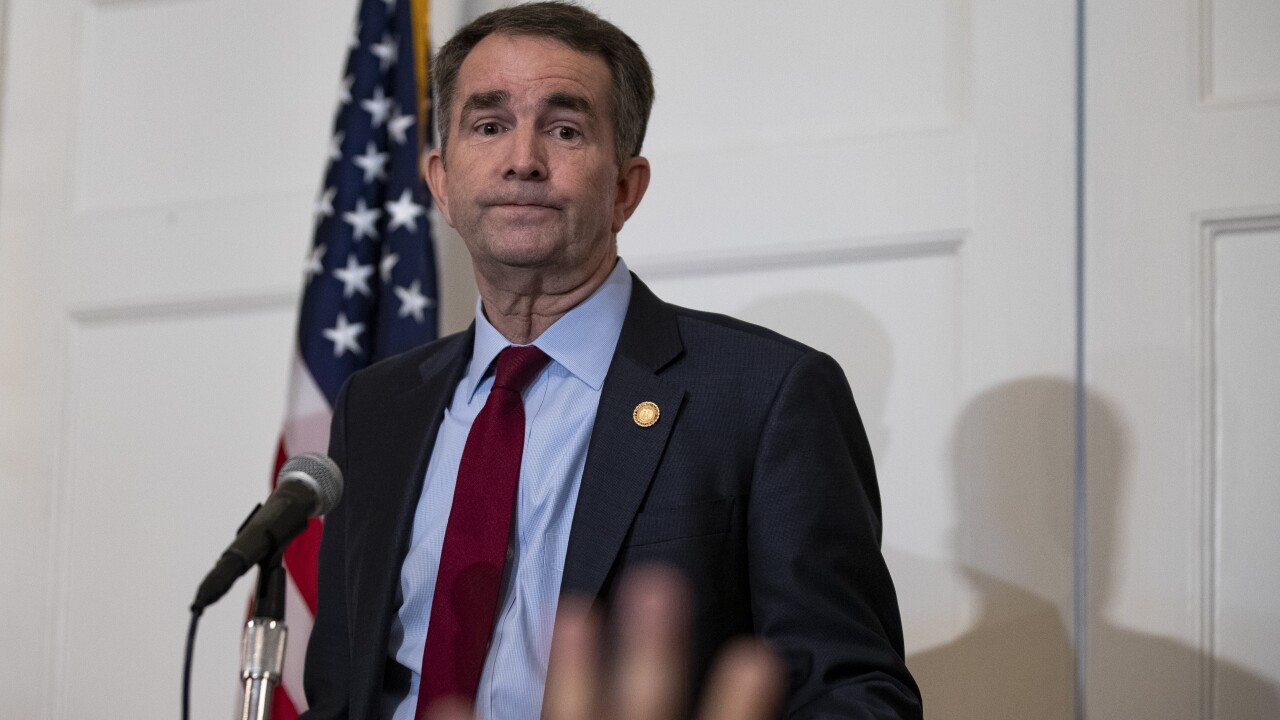 Virginia Governor Ralph Northam speaks with reporters at a press conference at the Governor’s mansion on February 2, 2019 in Richmond, Virginia. Northam denies allegations that he is pictured in a yearbook photo wearing racist attire. (Photo by Alex Edelman/Getty Images)

The statement also addressed Attorney General Mark Herring’s revelation that he too donned black face in the 1980s, as well as the sexual assault allegations against Lt. Governor Justin Fairfax.

“Like other Virginians, we have been devastated by these horrible developments. We are brokenhearted that the actions of Governor Northam and Attorney General Herring have reopened old wounds left by Virginia’s long history of slavery, Jim Crow segregation, and systemic racism. There’s no question that Virginians’ faith in their government and leaders has understandably been deeply shaken.

“We have each publicly called for Governor Northam to resign.

“Yesterday, we were shocked and saddened to learn of the incident in the Attorney General’s past. The Attorney General has earnestly reached out to each of us to apologize and express his deep remorse. We understand that he is currently engaged in in-depth discussions with leaders and others in Virginia. The Attorney General must continue those conversations, and stand ready to answer questions from the public if he is to regain their trust.

“We are deeply disturbed by the account detailing the alleged actions of Lieutenant Governor Fairfax. We believe these allegations need to be taken very seriously, and we respect the right of women to come forward and be heard.

“We will continue in dialogue with one another and our constituents in the coming days, and evaluate additional information as it comes to light.”