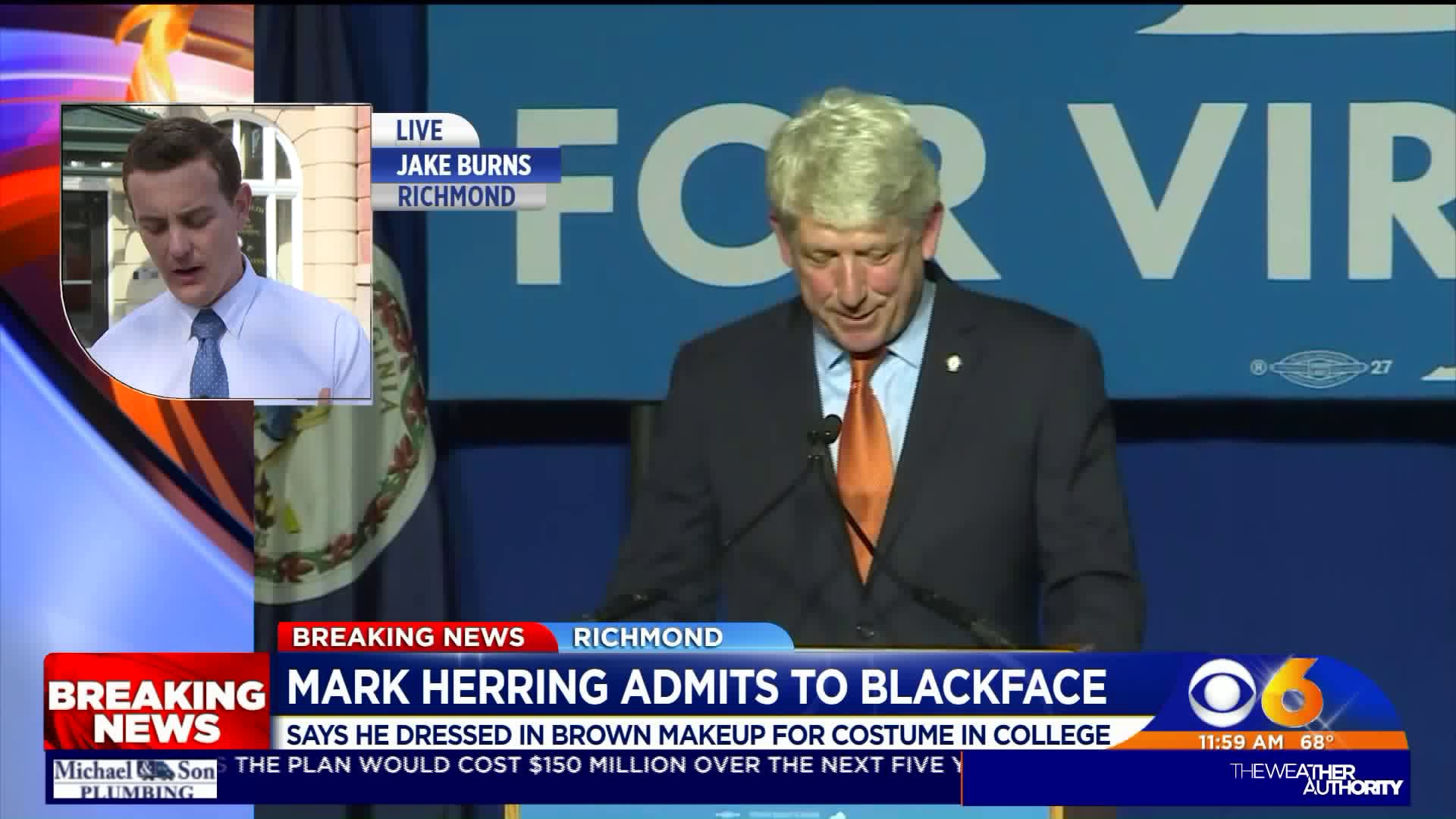 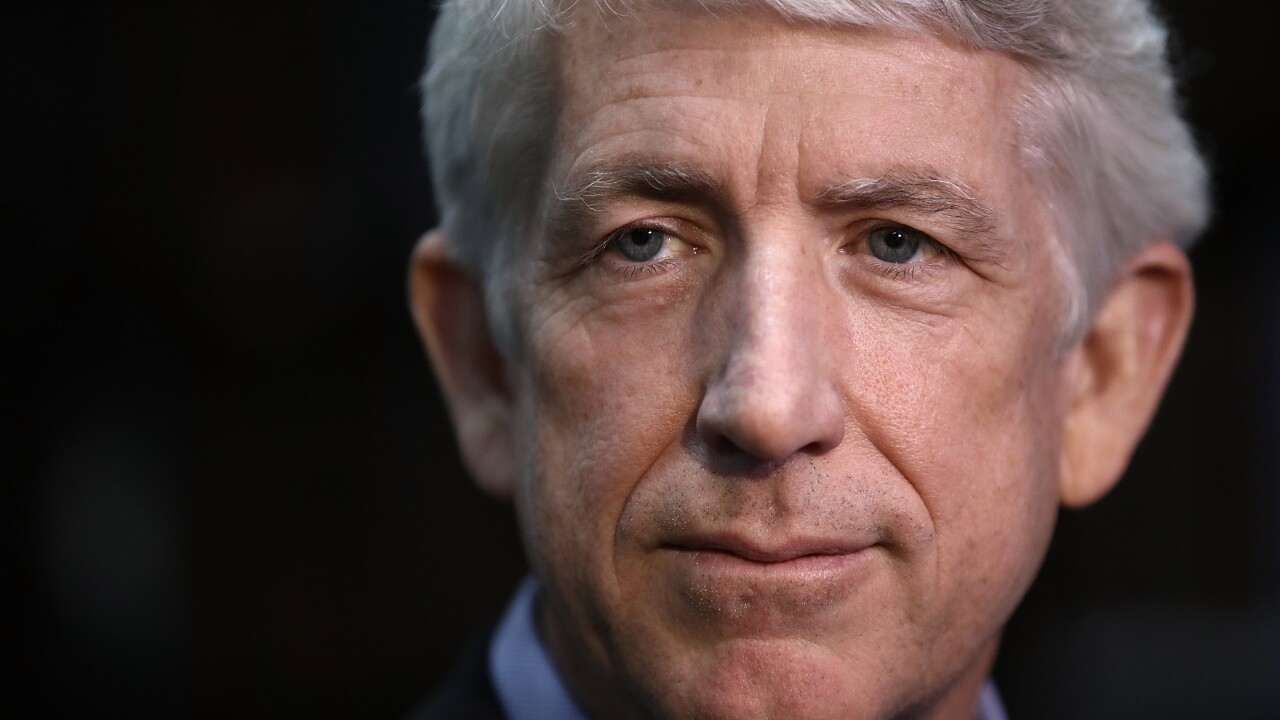 Herring said Wednesday that he wore blackface as a 19-year-old to dress up as a rapper at a party. The admission comes days after the Virginia Democrat called on Gov. Ralph Northam to resign after he admitted a racist photo in his medical school yearbook featured him, a charge Northam later denied.

"In 1980, when I was a 19-year-old undergraduate in college, some friends suggested we attend a party dressed like rappers we listened to at the time, like Kurtis Blow, and perform a song," Herring said in a statement. "It sounds ridiculous even now writing it. But because of our ignorance and glib attitudes -- and because we did not have an appreciation for the experiences and perspectives of others -- we dressed up and put on wigs and brown makeup."

He added: "This was a onetime occurrence and I accept full responsibility for my conduct. That conduct clearly shows that, as a young man, I had a callous and inexcusable lack of awareness and insensitivity to the pain my behavior could inflict on others. It was really a minimization of both people of color, and a minimization of a horrific history I knew well even then."

The revelation is the latest dramatic chapter in a series of controversies that have rocked the capital, with Northam fending off calls for his resignation over a racist photo that appeared in his medical school yearbook and Lt. Gov. Justin Fairfax denying an allegation of sexual assault against him by a woman he met at the 2004 Democratic National Convention in Boston.

The scandals plaguing the state's three top Democrats could have wide-reaching political ramifications because of the Virginia Constitution's line of succession rules.

If all three of them resign, Republican Speaker Kirk Cox will become governor. This would flip control of the executive mansion, as Northam, Fairfax, and AG Herring are all Democrats.

Herring initially did not call on Northam to resign. But after Northam held a news conference where he denied appearing in the racist photo on his yearbook page but admitted that he dressed up in blackface at another time, Herring said it was time for the governor to go.

"It is no longer possible for Governor Northam to lead our Commonwealth and it is time for him to step down," Herring said Saturday evening. "I have spoken with Lieutenant Governor Fairfax and assured him that, should he ascend to the governorship, he will have my complete support and commitment to ensuring his success and the success of our Commonwealth."

Herring said Wednesday that wearing blackface was "no way reflective of the man I have become in the nearly 40 years since."

Herring, who is in his second term as attorney general, previously served as a state senator representing Loudon and Fairfax counties and as the Loudon County Board of Supervisor.

The members would not comment on the meeting, but Delegate Lamont Bagby (D - Henrico) said to "pray for the Commonwealth" and that he has faith in Virginia.

Stay with CBS 6 News for the latest on this developing story.

"The very bright light that is shining on Virginia right now is sparking a painful but, I think we all hope, important conversation. The stakes are high, and our spirits are low.

"I am sure we all have done things at one time or another in our lives that show poor judgment, and worse yet, have caused some level of pain to others. I have a glaring example from my past that I have thought about with deep regret in the many years since, and certainly each time I took a step forward in public service, realizing that my goals and this memory could someday collide and cause pain for people I care about, those who stood with me in the many years since, or those who I hoped to serve while in office.

“That conduct clearly shows that, as a young man, I had a callous and inexcusable lack of awareness and insensitivity to the pain my behavior could inflict on others. It was really a minimization of both people of color, and a minimization of a horrific history I knew well even then.

"Although the shame of that moment has haunted me for decades, and though my disclosure of it now pains me immensely, what I am feeling in no way compares to the betrayal, the shock, and the deep pain that Virginians of color may be feeling. Where they have deserved to feel heard, respected, understood, and honestly represented, I fear my actions have contributed to them being forced to revisit and feel a historical pain that has never been allowed to become history.

"This conduct is in no way reflective of the man I have become in the nearly 40 years since.

"As a senator and as attorney general, I have felt an obligation to not just acknowledge but work affirmatively to address the racial inequities and systemic racism that we know exist in our criminal justice system, in our election processes, and in other institutions of power. I have long supported efforts to empower communities of color by fighting for access to healthcare, making it easier and simpler to vote, and twice defended the historic re-enfranchisement of former felons before the Supreme Court of Virginia. I have launched efforts to make our criminal justice system more just, fair, and equal by addressing implicit bias in law enforcement, establishing Virginia’s first-ever program to improve re-entry programs in local jails, and pushing efforts to reform the use of cash bail. And I have tried to combat the rise in hate crimes and white supremacist violence that is plaguing our Commonwealth and our country.

"That I have contributed to the pain Virginians have felt this week is the greatest shame I have ever felt. Forgiveness in instances like these is a complicated process, one that necessarily cannot and should not be decided by anyone but those directly affected by the transgressor, should forgiveness be possible or appropriate at all. In the days ahead, honest conversations and discussions will make it clear whether I can or should continue to serve as attorney general, but no matter where we go from here, I will say that from the bottom of my heart, I am deeply, deeply sorry for the pain that I cause with this revelation."