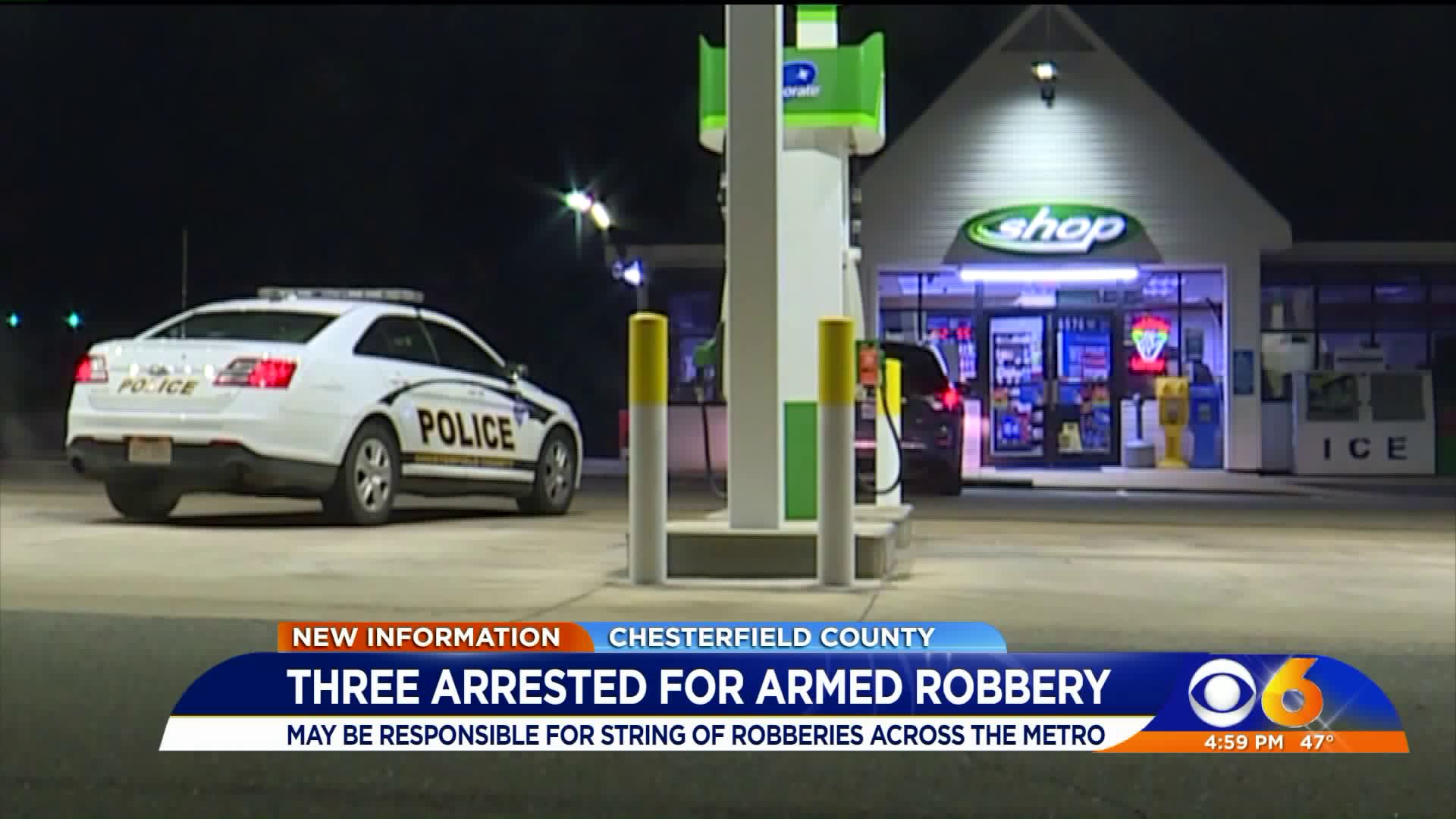 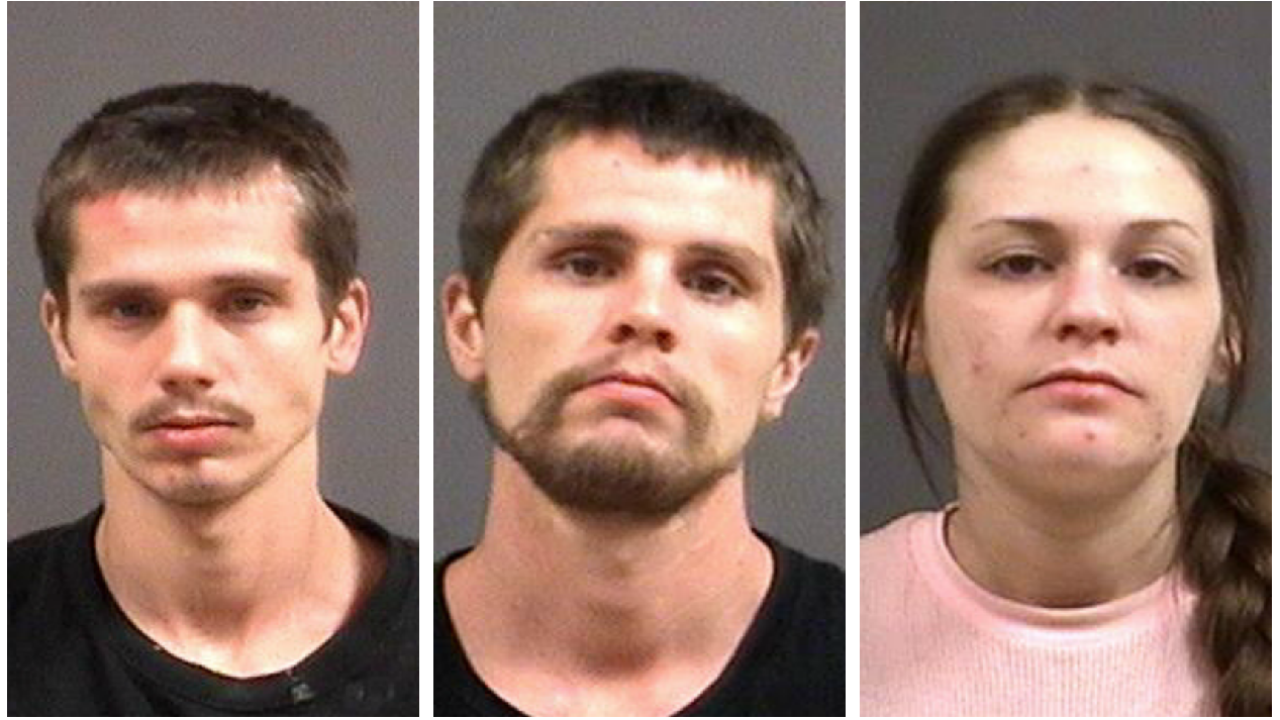 CHESTERFIELD COUNTY, Va. – Police identified three people arrested in connection to the Tuesday night robbery of a BP gas station in Chesterfield County. Michael T. Carter, 28, of the 1700 block of Anderson Highway in Powhatan, robbed the gas station, while Joseph E. Carter, 30, and Brittney N. Matthews, 27, waited inside the getaway vehicle, according to police.

Michael Carter entered the gas station, at 13721 Hull Street Road, displayed a knife and demanded money from the cashier while Joseph Carter and Brittney Matthews waited in the car. He fled the area with cash. No one was injured during the crime.

The knife-wielding robber, a man, and a woman were apprehended a short time later during a traffic stop on Route 60 in Powhatan.

Joseph and Michael are brothers, police said. Joseph Carter and Matthews are in a relationship.

Detectives are investigating whether Michael Carter, Joseph Carter and/or Matthews were involved in more than a dozen knife-point robberies in the Richmond area in recent weeks.

Chesterfield Police say they are working with police departments in Richmond, Hanover, and Henrico to see if the trio can be linked to the other cases.