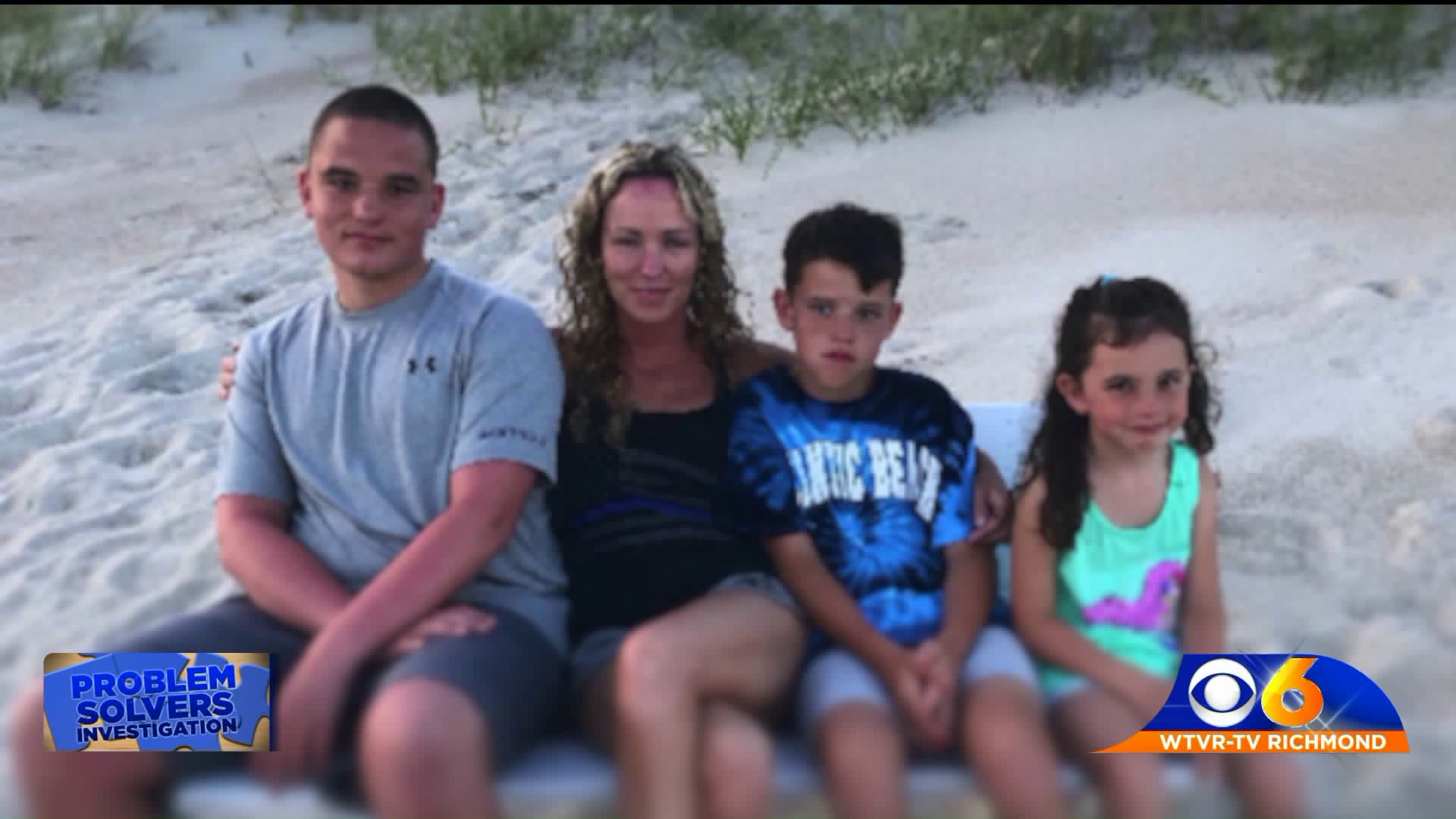 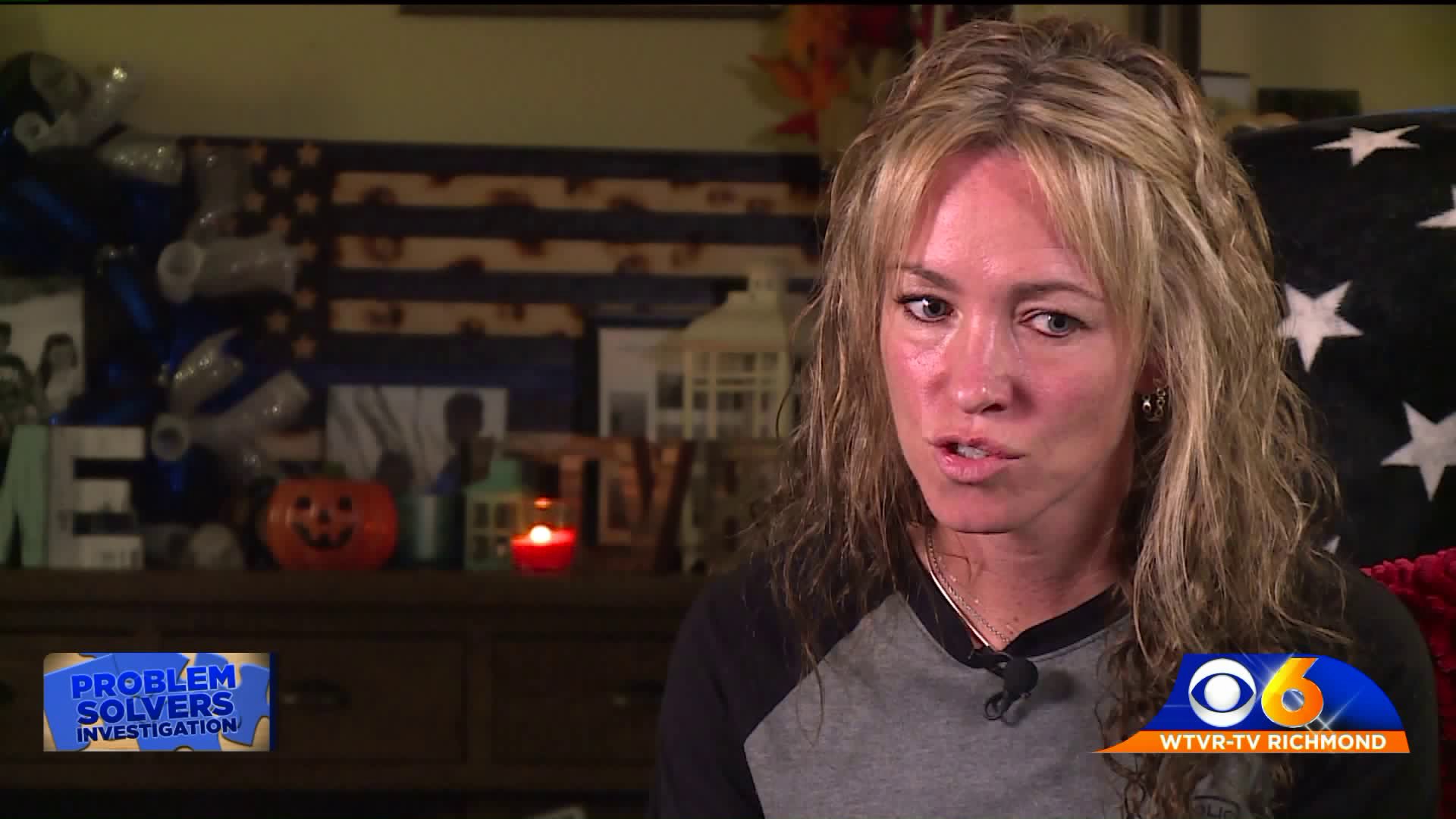 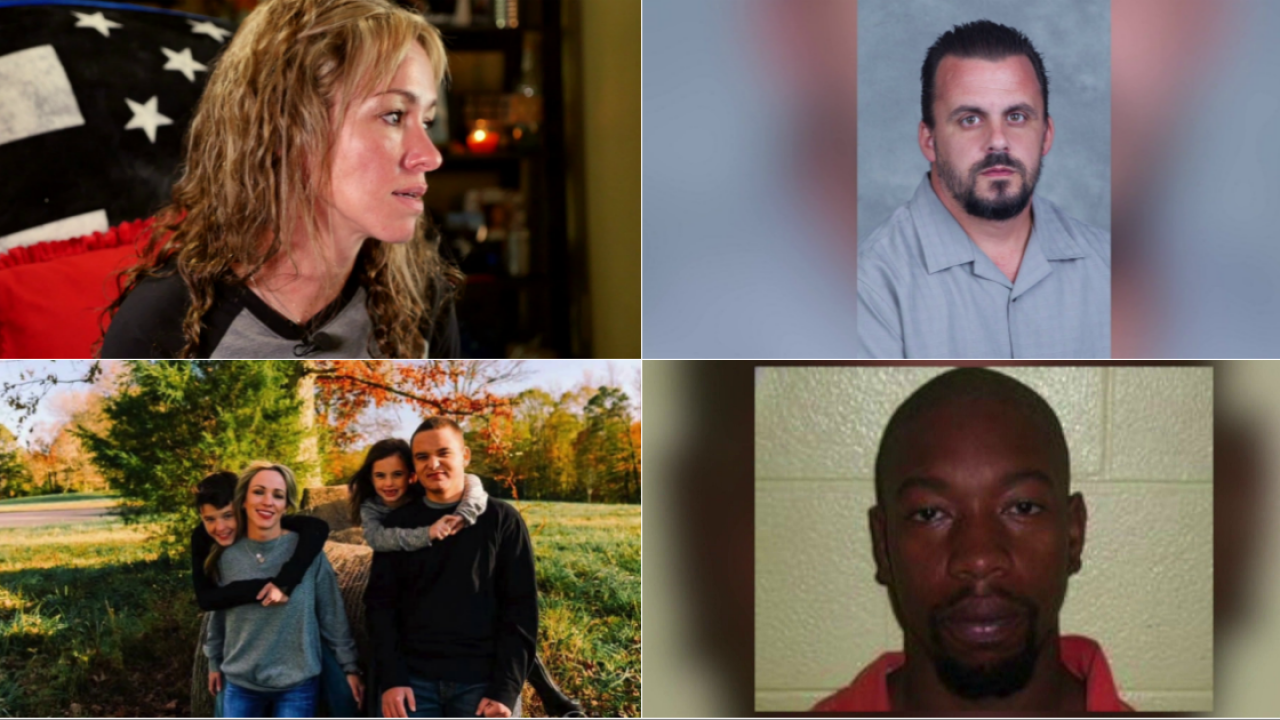 POWHATAN, Va. -- This was going to be our house with the white picket fence,” said Jaime Walter. “This was where we were gonna raise our kids.”

On a quiet country road in the heart of Powhatan sits a home that looks like so many others. But if you look past the patriotic flags, you’ll find a porch lined with hand painted stones - artistic masonry that serves as a memory of the husband and father who used to call this home his castle.

“He was their rock.” said Jaime. “He was my everything.”

Jaime Walter raised three children in that Powhatan home with her husband, Mike. A family of first responders, Mike was a Virginia State Police Special Agent and Jaime, an ER nurse.

“We lived a very simple life,” she explained.

While they often worked shifts that kept them apart more than they liked, their schedules ensured that someone was always home with their 7-year-old daughter Addison, and two sons 15-year-old Austin and 11-year-old Mason.

Early last year, they decided they wanted to spend more time with each other. “When I came off weekends was actually the end of March of 2017, so that we could have our weekends together,” said Jaime. But two months later, everything changed.

Just before 7:30 p.m. on the night of May 26, Special Agent Mike Walter was shot while on patrol in the city of Richmond.

“I got a flash on my phone saying there was a heavy police presence in Mosby Court,” Jaime said, explaining that she knew that’s where Mike was because she had spoken to him about 20 minutes prior.

“Like I always do, I tell him to be safe and he said, ‘Always, you’re too beautiful to leave in this world alone. I’ll call you later,’ that was at 7:12,” said Jaime.

Almost immediately, Jaime says part of her knew something bad had happened.

“I just tried to put it in the back of my head to say it wasn’t my Mike because it couldn’t be cause this isn’t going to happen to us,” she said.

“And, I just kind of got up and took a deep breath and went to take a shower and my 9-year-old at the time came and knocked on the door and said ‘Mommy, there’s a police officer at the door.”

A trooper told her that Mike had been shot, and was undergoing surgery.

Jaime had her mom come get the kids, and she rushed to VCU Medical Center nearly an hour away from their rural home.

“There was a huge presence outside of police officers, fire, EMS,” she said.  Jaime was then brought to a room with the head of the state police and the governor.

“The doctor came in and talked to me and told me about what had happened, that Mike had been shot right above his right eye,” Jaime said. “And seeing him, I knew when I saw him, I mean, he was breathing over the vent, but looking at the machines and the monitors, I knew, I knew.”

But she still held out hope for a miracle.

“I sat right beside him and I begged and I pleaded with him that he had to fight this because he was superman,” she said.

“I laid with him for hours and I think I went over probably every moment in our life,” Jaime recalls.

“I promised him to be strong to raise the kids the way that we wanted to to the best of my ability and I would do everything to make sure their welfare was kept in mind. That they were raised to be strong kind and humble good productive citizens and always ensure the kids remembered him.”

Jaime had to break the news to her three children back at home.

“I sat them there on the couch and you know I told them that their daddy had been shot, um, and that he had fought as hard as he could, daddy didn’t give up, but daddy couldn’t fight anymore,” she said. “I just held them for hours.”

“My oldest looked at me and said mom if this could happen to dad it can happen to anyone.”

The gunman was quickly identified as Travis Ball a man with a long criminal record and one who never should have been in Mosby Court that night.

A few days after the shooting, the Richmond Housing Authority confirmed to CBS 6 that Ball had been banned from the property. A neighborhood plagued by drugs and poverty Mosby is no stranger to crime tape and flashing lights.

But despite her concerns, Jaime  says her husband took pride in the work he was doing there.

Travis Ball was charged with capital murder and if convicted at trial, could have faced the death penalty.

But he never went before a jury.

Ball entered an Alford Plea to one count of capital murder September 27. In addition to the plea, Ball, no longer faced the death penalty at sentencing October 11.

“They did not feel the that the death penalty was going to be handed down being in Richmond city so it was almost like a gamble and I’m not a gambler,” said Jaime.

But what Jaime was betting on was a sentence that would keep her husband’s murderer locked up for life - or close to it.

“They [prosecutors] told me it would be between 50 and 60 years,” said Jaime. Defense attorneys argued Ball had suffered an abusive traumatic childhood and while Judge Beverly Snukals sentenced the convicted killer to life in prison, she suspended all but 36 years.

“It broke my heart all over again,” said Jaime. “I think what she did is an injustice. I poured my heart out in that courtroom.”

In her victim impact statement, Jaime intimately shared her 20 years with the man who made her a wife, a mother and above all, proud.

The man she says dedicated his life to protecting and serving out on the streets, at home and in his community - a man now permanently missing from his family unit.

“My statement I made was almost like I didn’t make anything because Judge Snukals said she needed two minutes to make a decision it took her less then 60 seconds to come back out,” said Jaime.

The VCSC is the agency charged with providing judges with voluntary sentencing guidelines in all felony cases except when it comes to capital murder.

“These type of cases are pretty infrequent,” said Farrar-Owens. “The number of convictions are pretty small for these types of offenses, so even if we wanted to there’s really insufficient data to do the type of analysis that we would need to do develop sentencing guidelines for those crimes.”

Under Ball’s plea agreement, attorneys gave Judge Snukals first degree murder sentencing guidelines of 20 to 60 years but not without the prosecution reminding the court that ball did 'immeasurable harm' and that this was still a capital murder case.

“I’m always reluctant to criticize things that judges do because they have tough jobs but I think this sentence was grossly grossly insufficient.' said Richmond Commonwealth’s Attorney Mike Herring.

As did Mike Walter’s three children who will one day walk the same streets as their father’s killer.

Not the message Jaime wants her children to be left with or those who she says bravely put on a uniform everyday.

“It’s disgusting, it’s sickening that these men and women put their uniform on with good intention and now they have to worry about not only the world today and things occurring but now have to worry about if they get hurt what’s going to happen to them, their families,” she said. “Are these people going to be out on the streets again? And they are, the reality is they are.”

“Something’s got to change and Mike would want me to fight for that and I want to fight for that because there should be more outrage over this in-just system that is broke and has made a statement on October 11, that it’s okay to kill a law enforcement officer as long as you have a bad childhood it’s okay because you’re going to be rehabbed. It’s not okay!”

Jaime is now making it her mission in the name of her husband ,Michael T. Walter, to fight for stiffer mandated penalties.

“I want laws to be changed,” she said. “I feel like you kill a law enforcement officer in the line of duty it’s automatically a federal charge it should be life if not death.”

Jaime has been calling on lawmakers to make that a reality and encourages the public to do the same she says she doesn’t want to live the rest of her life angry.

“In this there was no accountability and now I want to hold our politicians accountable let’s see what change they are willing to help me make,” she said.

“If anything positive can come out of this it’s got to be change,” said Jaime. “It’s got to be a fight for law enforcement we have to change laws. We have to find the positive in this.”

“In the wake of a senseless act of violence that took Mike's life on May 27, 2017, Jaime has remained steadfast,” said Virginia State Police Superintendent Colonel Gary T. Settle. “She is a warrior in many ways, and I admire her strength and the determination she has demonstrated throughout this horrific ordeal. Unfortunately, the verdict rendered against Mike's killer was far less than desired. We share in her disappointment with the outcome and support her endeavor to affect change,” he said.