‘We finally did it!’ Widow reflects on journey to prove husband didn’t kill himself 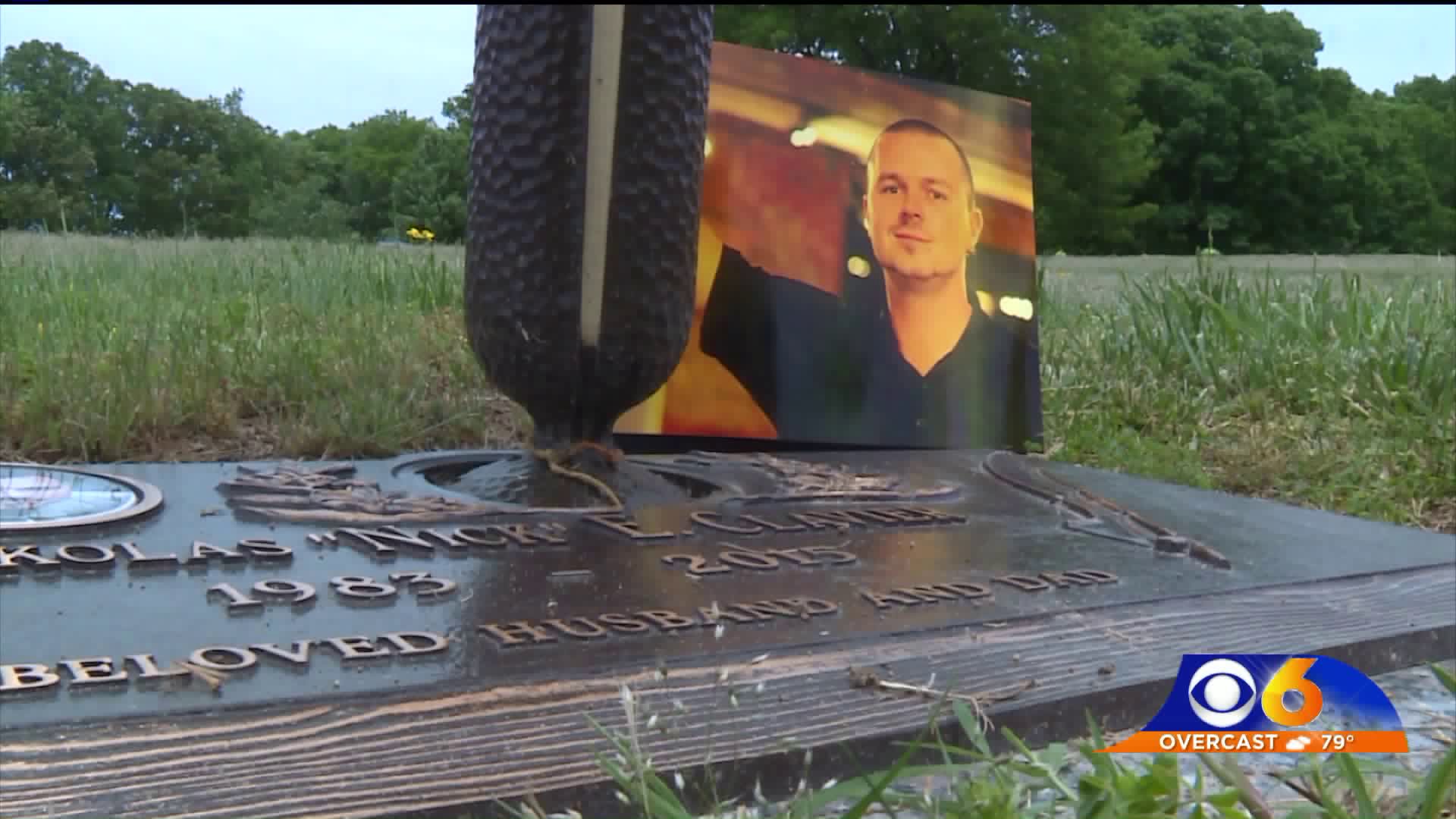 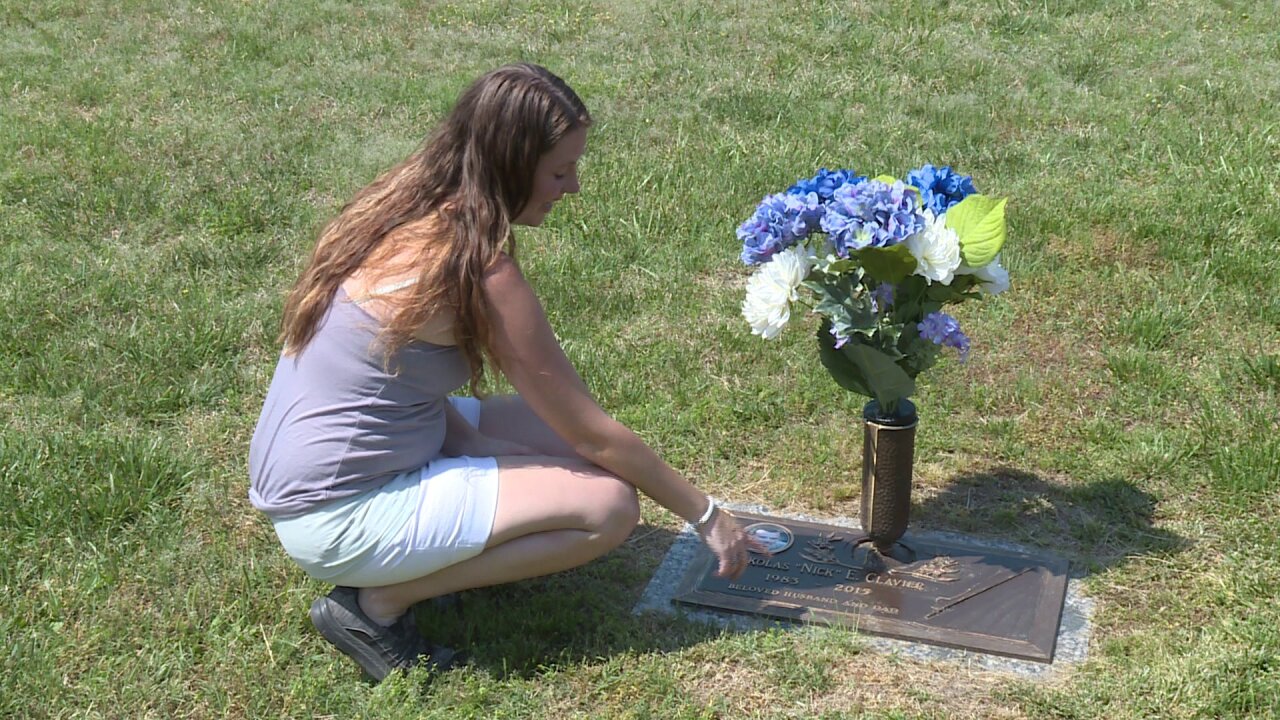 CHESTERFIELD COUNTY, Va. -- Chesterfield investigators are speaking out for the first time since reclassifying a father's death as a homicide.

That major shift in the case came after more than two years of his family pushing police for answers and a series of CBS 6 investigations.

“The case has gone through several evolutions of investigators looking at it all with the common denominator of wanting to get to the truth about what happened,” said Chesterfield County Police Captain Jay Thornton. “Our unsolved investigative group took a look at this case. Based on testing and new information we have from some witnesses, they’ve been able to scrutinize all of the information we had which has led us to this point in the investigation.”

Nick Clavier was killed October 24, 2015, from a gunshot to the head. His family has been searching for the truth ever since, despite the medical examiner first ruling the death accidental.

“I thought this would be something I would have to fight forever,” said Nick’s widow Melody Clavier.

Clavier visited Nick’s gravesite and tearfully shared the good news with him.

“We finally did it!” she said over Nick’s headstone.

“It’s just so important for the world to know that he would have never been capable of putting his children in harm’s way, harming himself and it’s just really important for his children’s voices to be heard,” she added.

Nick Clavier was driving with his four children down Hull Street for a fishing trip when he was shot in the head, and the car veered down the embankment and slammed into a tree in a patch of woods next to Cross Point Church of the Nazarene.

“We were going so fast because his foot was on the gas,” said Nick’s daughter Mikayla Clavier. “Blood from his head was going everywhere. I was covered in blood.”

Officials determined that Clavier’s gun accidentally discharged, but the children had a different account of events.

“In my heart obviously, what happened was the story I have been told over and over by my children — which was that somebody shot him,” Melody Clavier said.

Her older daughter Mikayla, who was in the passenger seat, said she saw a man pointing a gun from a car that pulled up next to them.

“I heard a loud noise,” Mikayla said. “I looked over and saw my dad, he was bleeding and blood was going everywhere.”

She said she saw the car but didn't catch the license plate.

Mikayla said she saw the car drive off fast, and that it was "greenish gray and had a stripe down the middle."

Mikayla drew a sketch of a car she said she saw pull away after her dad was shot.

Mikayla drew a sketch of a car she said she saw pull away after her dad was shot.

After CBS 6 interviewed the family in May 2017, police changed the status of the case from cleared to pending.

The status of Clavier’s death investigation was changed several times, from accidental, to undetermined, and now to homicide.

In December 2016, ballistics came back on the bullet recovered from Nick’s brain.

“The markings indicate that it could not have been fired from the .380 pistol recovered from the vehicle,” Melody read. “Makes it impossible to exclude homicide," she continued reading from the report.

Investigators still told Melody that the bullet left in the chamber could have been from a gun range, and that’s why it didn’t match.

Nick Clavier and two of his four children.

The Medical Examiner’s report also stated that “the wound path is very unusual for a self-inflicted wound,” but an FBI profiler initially indicated after the accident “factors which could support suicide.”

Melody said that no gunpowder was found on Clavier’s hands.

She added that Clavier was on antidepressants, but that should never have become a justification for suicide.

In December 2017, Chesterfield Police went back to the field where Clavier crashed and spent around six hours digging for clues.

Investigators raked through the field, ran a metal detector over the area and recreated some of the events that occurred that day.

We’re doing much of the same things we did the day that the incident happened we’re just going back redoing just to make sure that there was nothing that was missed or overlooked,” said Captain Mike Louth, at the time. “Really this is the only way we can say that we’ve done everything that we could logically to find out where the truth is.”

Police confirmed with CBS 6 on last Wednesday, May 9, that the case had been classified as a homicide.

"As a result of additional forensic testing and information, the investigation of Nick Clavier’s death will be reclassified from “undetermined” to “homicide,'" said Liz Caroon, with Chesterfield Police.

“We’re exploring some theories which all have the common denominator that the actual bullet that struck him came from outside the vehicle,” said Thornton.  “With the assignment made to UMIG it’s going to be slow, thorough going and even stuff we looked at before will be looked at again so that we can try to do this right.”

Clavier said she broke down in tears when police informed her of the news last week.

“Honestly, the last several months with the team of people who are working this case, it’s finally starting to restore some hope,” said Melody.

“There was a lot of sympathy shown. I think it is very big of them to be able to look at me and say that they are genuinely sorry for the fact that it has taken this long to get this answer… this ruling,” she added.

“We just wanted to reiterate to her that we’re going to keep after this until we find out what happened,” said Thornton.

“Ultimately, what I wanted was for my children’s voice to be heard and I’m pleased with the outcome” she said.

Melody says it was important for her to seek the truth for her children. Nick’s death certificate stated that he “shot self with handgun,” but Monday the Office of the Chief Medical Examiner called her to inform her that it’s officially been changed to homicide.

“Can’t wait to get the new one (death certificate) and shred the old one!” said Melody.

“I knew from the beginning in my heart that he would have never been capable of that, but just to finally have somebody say yeah okay the kids were right… it’s just an overwhelming feeling of mixed emotions,” she added.

“I know my dad loved me, so he would never put me in danger,” said Mikayla.  “It was very hard for people to think he would put us in danger like that and I am very relieved now that people know he didn’t put us in danger, that it wasn’t his fault.”

Police urged anyone with information to come forward and contact the police department’s Unsolved/Major Investigations Group at (804) 796-7091 or Crime Solvers at 748-0660 or through the P3 app.

The death of Nick Clavier -- a CBS 6 Investigation.

OCTOBER 24, 2015 – Nick Clavier suffers a fatal gunshot wound to the head while driving with his kids in the car. The car goes off the road and crashes into a tree in the 8700 block of Hull Street Road.

OCTOBER 26, 2015 – First CBS 6 report on Clavier’s death. A Chesterfield police spokeswoman tells us: "The investigation continues, but at this point police do not suspect foul play and are not searching for anyone else in relation to the incident."

FEBRUARY 3, 2016 – Clavier’s family members tell CBS 6 that police have ruled his death to be accidental.

DECEMBER 13, 2016 – Ballistics report on the bullet recovered from Clavier’s brain is completed. It states that: “The markings indicate that it could not have been fired from the .380 pistol recovered from the vehicle…Makes it impossible to exclude homicide.”

Medical examiner changes the manner of death from accidental to undetermined.

MAY 12, 2017 – CBS 6 reporter Laura French's first investigative report about this case airs. Clavier’s 11-year-old daughter said that she saw someone in a passing car shoot and kill her dad. Gun expert backs up the ballistics report.

Police tell CBS 6 they still do not believe that Clavier died as result of a homicide, and that his death remains cleared as an accidental death.

MAY 22, 2017 – New witness comes forward because of initial CBS 6 report. Tells police that she helped the kids after the crash and verified that they said someone had shot their father.

Family contacts State Senator Amanda Chase, and her office confirms to us that they have reached out to police for more information.

JUNE 13, 2017 – Clavier’s wife tells CBS 6 that the FBI is now involved in the investigation, and that she has met with agents.

JUNE 22, 2017 – Clavier’s children are interviewed by the FBI. A child witness expert and a therapy dog from DC are also on hand.

SEPTEMBER 26, 2017 – Clavier’s wife tells us that investigators told her that his gun is being re-tested.

DECEMBER 15, 2017 – Chesterfield police return to the patch of woods where Clavier crashed his car after being shot. Spend six hours digging for clues.

Police tell CBS 6: “We’re doing much of the same things we did the day that the incident happened we’re just going back redoing just to make sure that there was nothing that was missed or overlooked… Really this is the only way we can say that we’ve done everything that we could logically to find out where the truth is.”

APRIL 25, 2018 – The RTDNA announces that CBS 6 has won a regional Murrow award for “News Series” for our coverage of the Clavier case.

MAY 9, 2018 – Chesterfield police announce that the investigation of Clavier’s death will be changed from “undetermined” to “homicide.”

MAY 14, 2018 - Office of the Chief Medical Examiner changes Clavier's death certificate from "shot self with handgun" to "homicide."