‘We’ve got our work cut out for us’: VDOT prepares for more snow 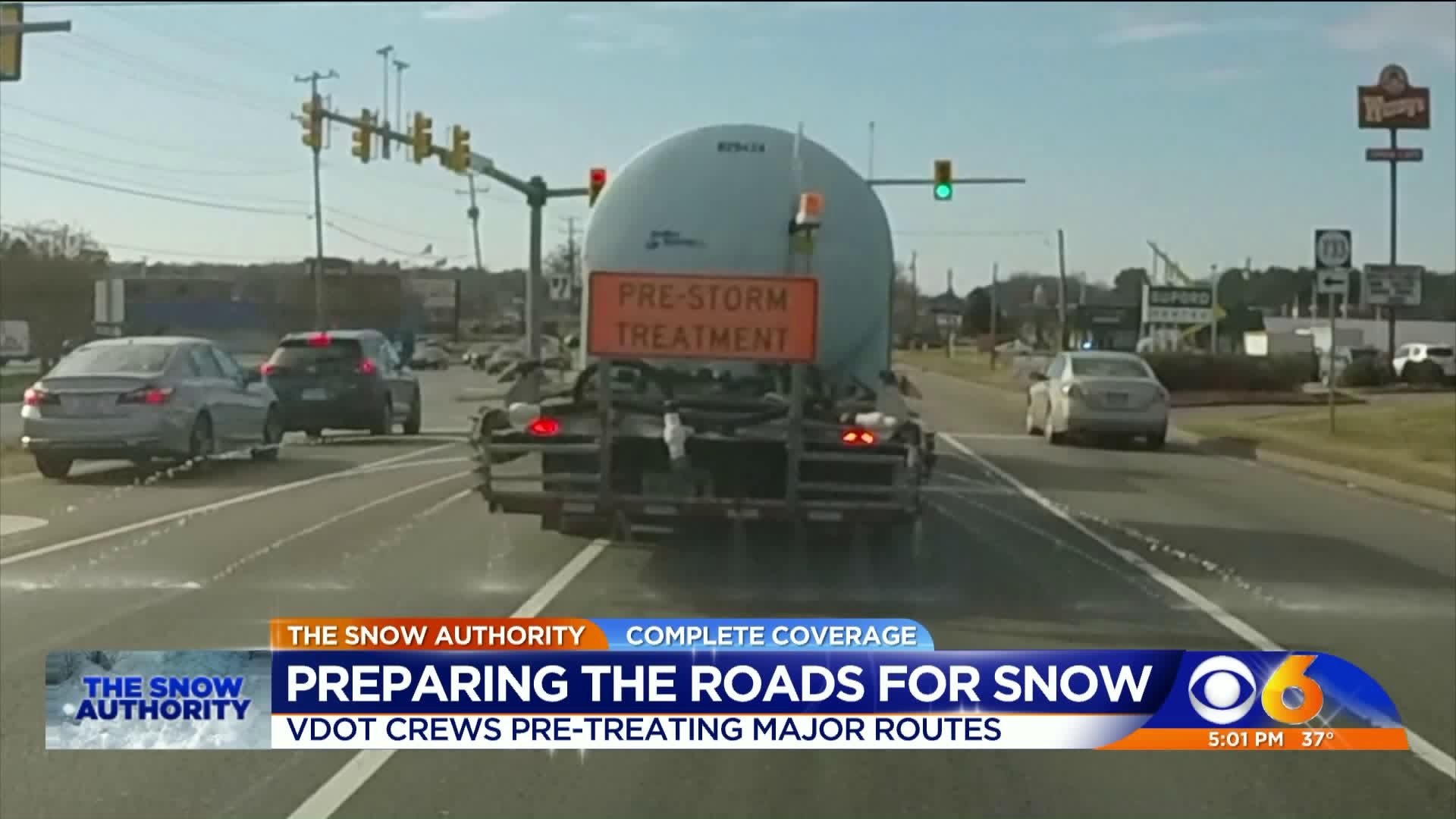 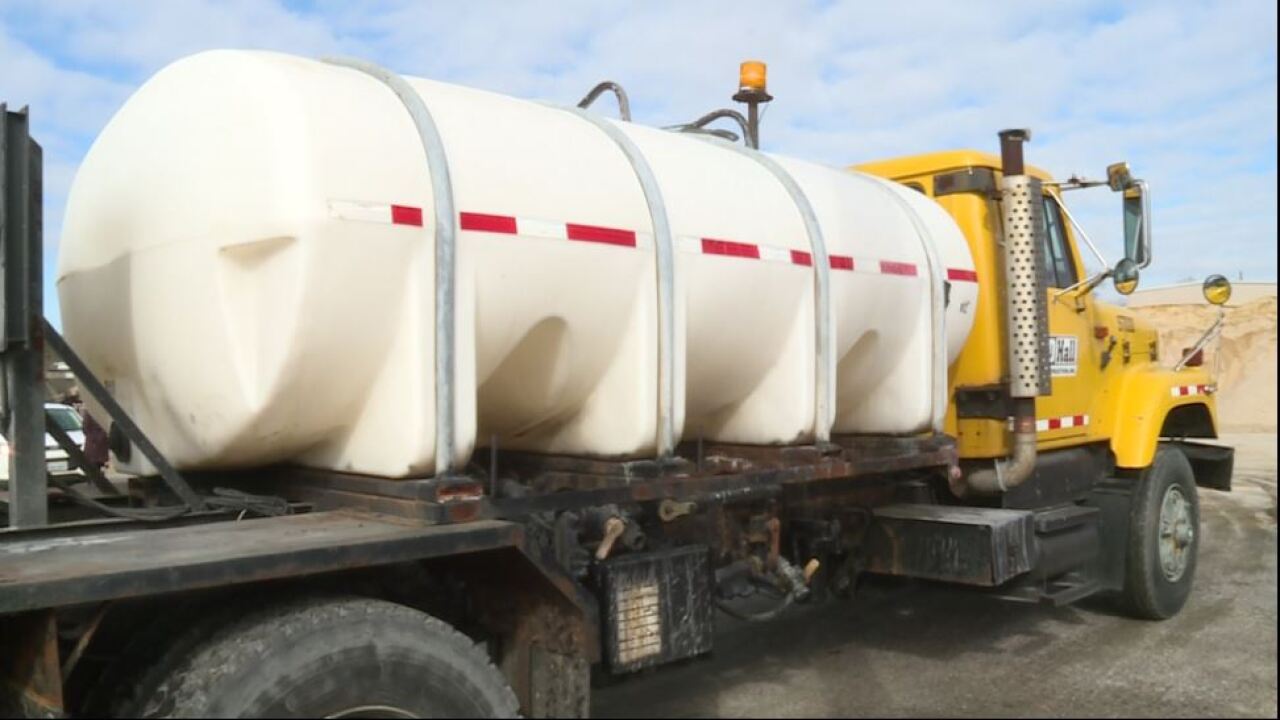 RICHMOND, Va. -- Snow is in the forecast again in Virginia. Snow is expected to fall late Tuesday night into Wednesday and disrupt the morning commute.

When snow fell earlier this year, roads remained icy for days and many Central Virginia schools stayed closed days after the last flake fell. That was due, in part, to persistent sub-freezing temperatures and wet weather that prevented pre-treatment on some roads.

Those issues do not appear to be present this time around.

A spokesperson for the Virginia Department of Transportation (VDOT) said they planned to pre-treat roads Monday and Tuesday with brine.

A virtual army of VDOT trucks moved down the Midlothian Turnpike in Chesterfield Monday afternoon, spraying the road with a solution containing roughly one quarter salt, and three quarters water.

"It's applied to the pavement, and it prevents a bond from forming between the icey precipitation and the pavement itself," Lindsay LeGrand, a spokesperson for VDOT, said.

LeGrand said crews are mixing up the solution Monday and are pre-treating all major routes.

She said they have 217,000 gallons of brine available to pre-treat Virginia's roads.

When the snow falls Wednesday morning, they will move to salt and sand and hit all the interstates first, then move to primary secondary roads that are connectivity routes for hospitals, emergency service providers, schools, and finally visit neighborhoods when the other roads are passable.

"We've got our work cut out for us," LeGrand said.

LeGrand recommended giving the crews some space to do their work and to have patience.

"They may be moving a little slower than the normal rate of speed, so just give them a little extra room and patience," LeGrand said.

LeGrand suggests checking 511 for the latest road conditions before you leave the house Wednesday.

As of Monday afternoon, it looked like a 1" - 3"inch snowfall was possible across much of Central Virginia with 1″ or less likely for the Northern Neck and Middle Peninsula.

While highs Wednesday will only be in the low 30s. After a cold Thursday, warmer weather will return at the end of the week and highs will be back in the 50s by Saturday and the low 60s on Sunday.