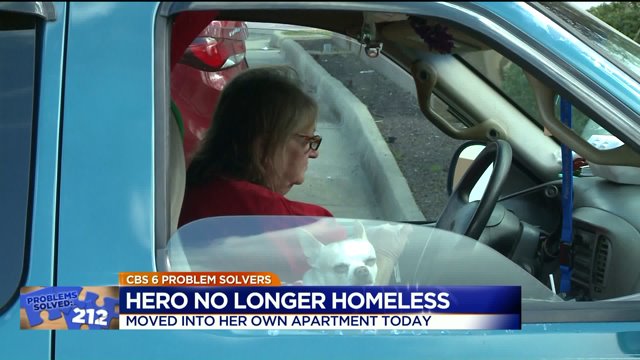 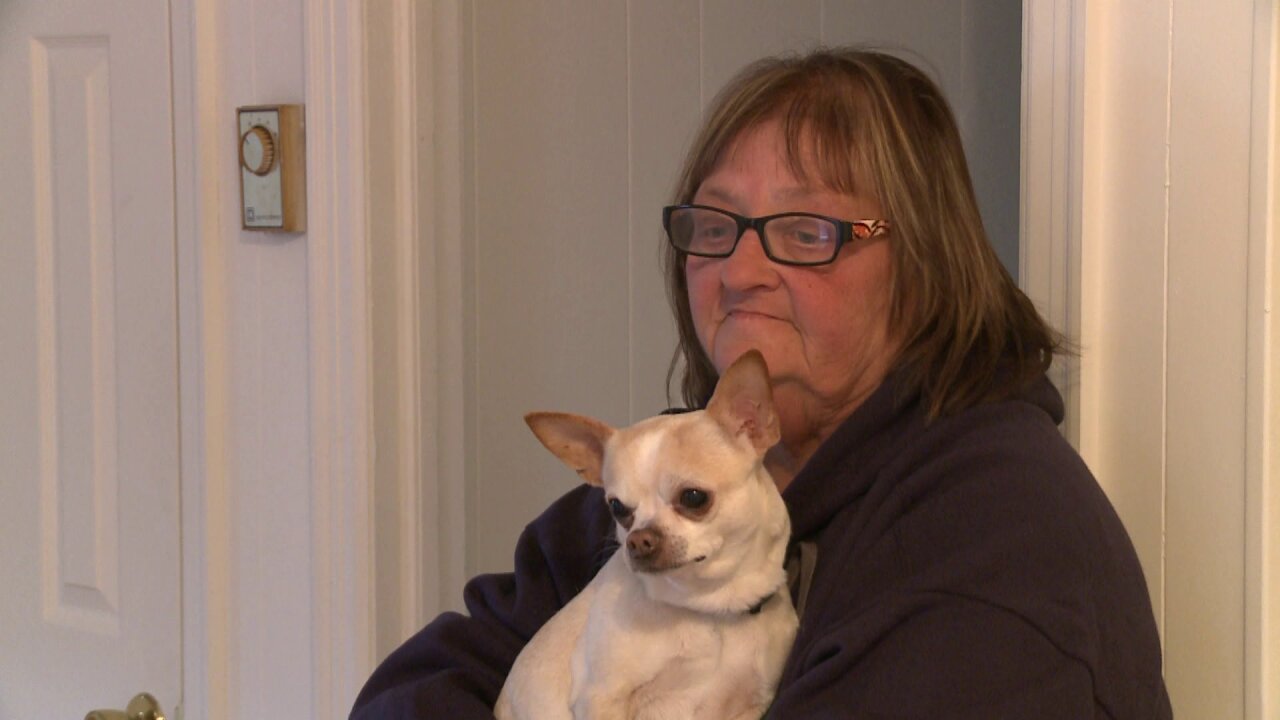 COLONIAL HEIGHTS, Va. -- A woman who has been living in her pickup truck with her dog for four years moved into a new apartment  in Colonial Heights Friday afternoon thanks to generosity from the community.

"My jingle! I got the keys to my apartment today," Maria Proffitt smiled.

For nearly a week, the community rallied around Proffitt to help her get an apartment complete with deposit and two of months rent paid.

Proffitt is being hailed a hero after recently coming to the rescue of Phyllis Hicks, the manager of the Kangaroo convenience store.

Hicks was feeling out of breath when she attempted to get into her Toyota truck.

Proffitt, who has parked her Ford pickup on the dead-end street beside the convenience store for two years, then heard someone yelling for help.

A moment later, when she heard Hicks calling her name, she walked over and spotted Hicks holding onto her truck about to collapse. Proffitt yelled for help and 911 was dispatched.

Hicks believes Proffitt saved her life, so she and other members of the community joined forces to get Proffitt and her little dog out of the pickup they have called home since 2013.

The story was broadcast Monday and viewers immediately contacted CBS 6 asking how they could help the homeless hero and her dog Baby.

A GoFundMe and Wells Fargo accounts were established and donations began to add up. That allowed her supporters to put down a deposit and pay for two months of additional rent.

Additional donations have also come in like a loveseat and a queen-sized bed.

Proffitt, who works a few hours a week at a local fast-food restaurant, said she is very grateful for the help.

"This is amazing," Proffitt said. "This morning a lady came by, brought Baby 12 cans of dog food and some doggy biscuits and gave me a little bit of cash."

The effort now is to help Maria sustain her new life.