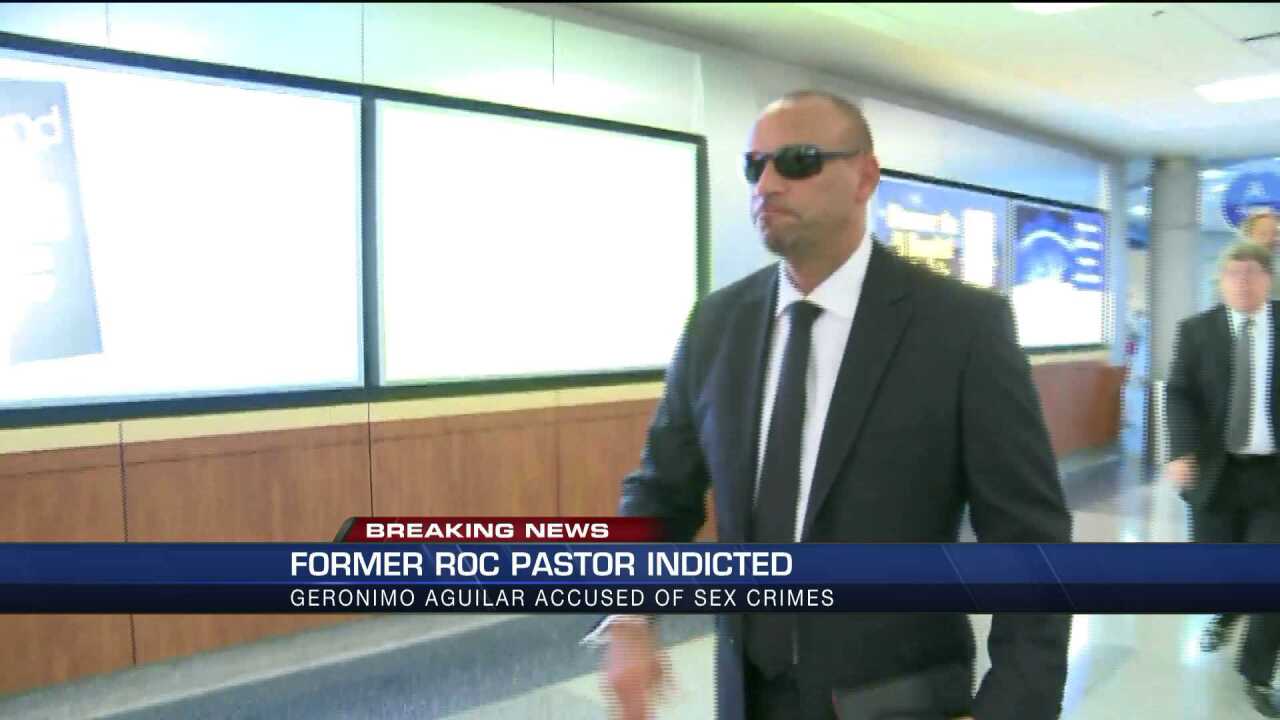 TARRANT COUNTY, Texas (WTVR) — A former pastor of a Richmond mega church was indicted for sex crimes against a child by a Texas grand jury Friday.

Officials with the Tarrant County District Attorney’s Office told CBS 6 News that Geronimo Aguilar was indicted on two counts of aggravated sexual assault of a child under 14. The first-degree felony carries a maximum punishment of life in prison.

He was also indicted on two counts of indecency with a child, which is a second-degree felony punishable by up to 20 years in prison.

The indictment obtained by CBS 6 alleges that in December of 1995 in Tarrant County, Aguilar intentionally or knowingly caused the penetration of the sexual organ of a child younger than 14. It goes on to say Aguilar inserted his finger into her sexual organ. [RELATED: Click here to read the complete indictment]

The indictment also states that in September of 1996, Aguilar had intention to arouse or gratify himself by engaging in sexual contact by touching the genitals of a child younger than 17.

Investigators allege Aguilar, also known as Pastor G, had sexual relationships with two girls in the Fort Worth area in the 1990s.

However, the indictment only involves one of the alleged victims. The case involving the other girl has not gone before the grand jury yet.

Aguilar resigned from his position at the Richmond Outreach Center, one of Central Virginia’s largest churches, in June.

Stay with WTVR.com and watch CBS 6 News for continuing coverage updates of this story.