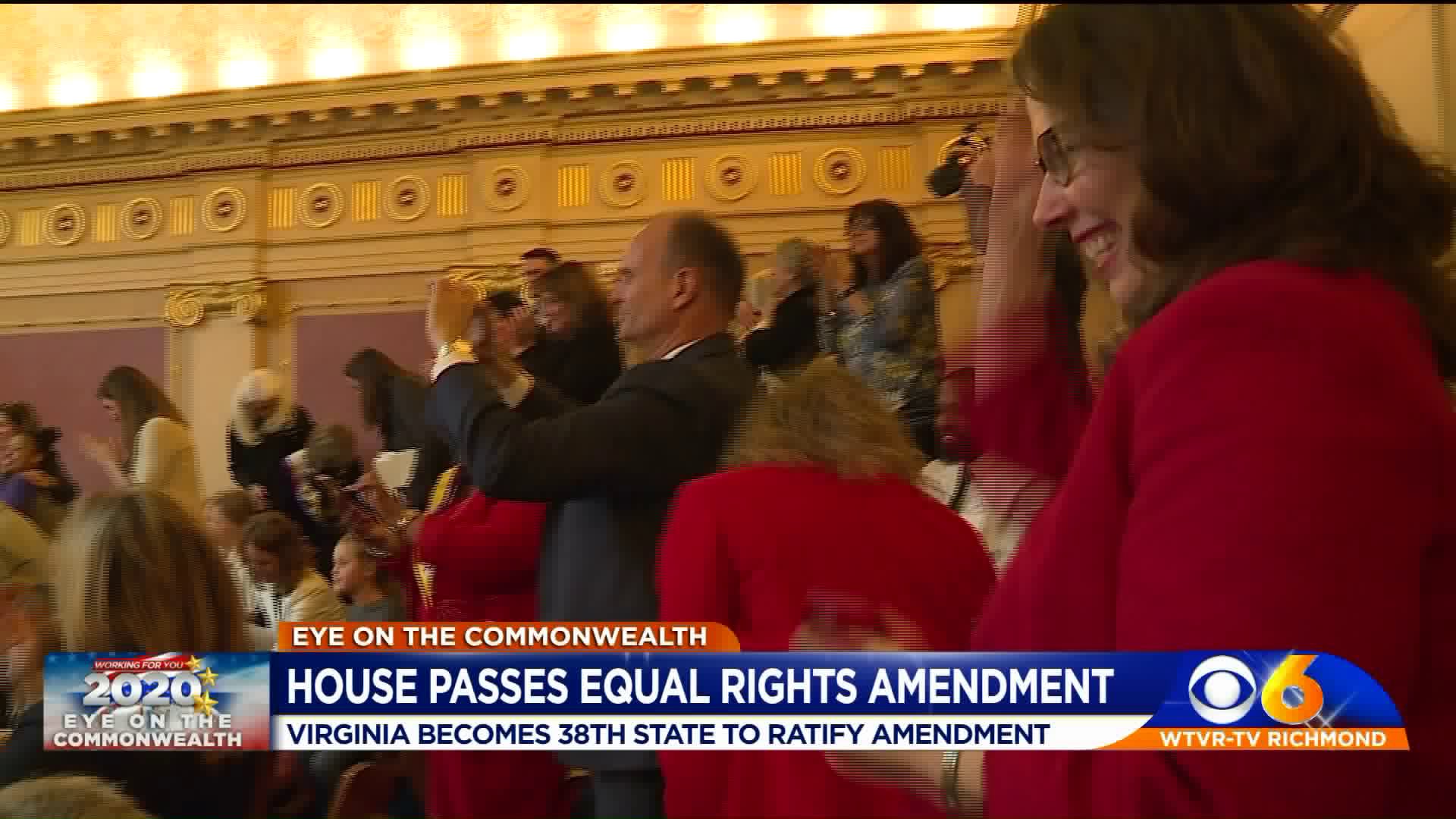 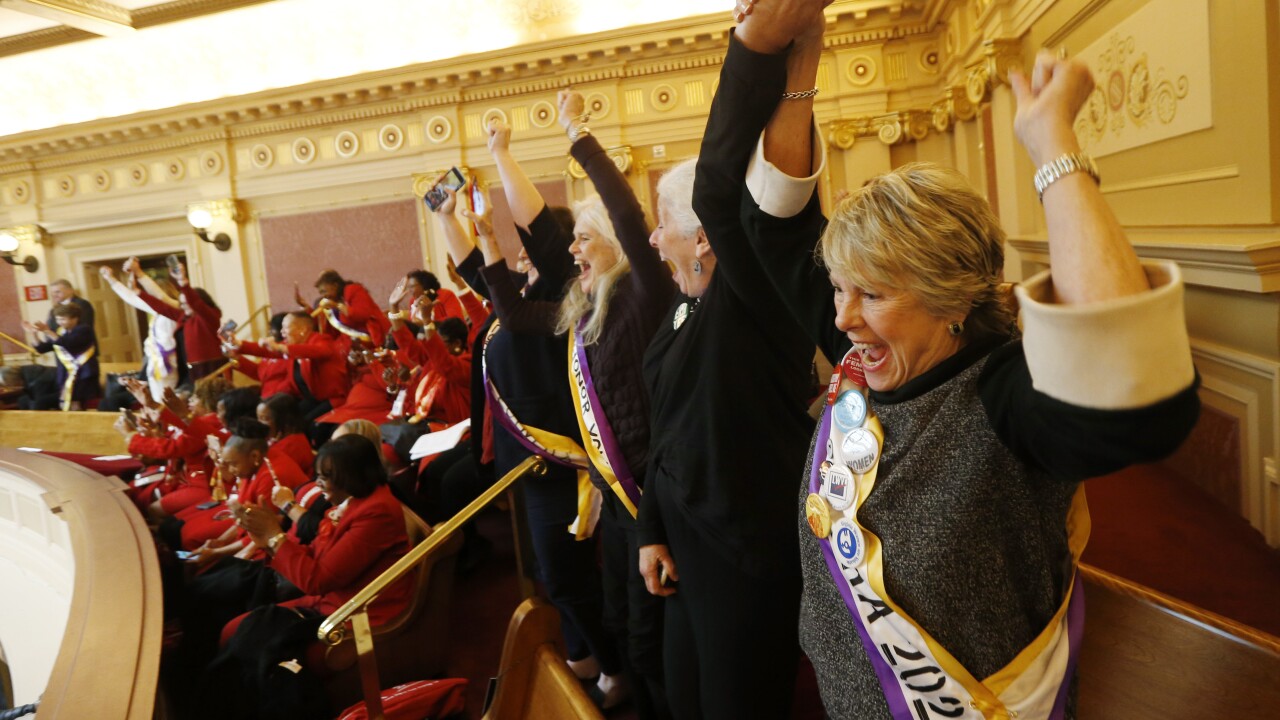 State lawmakers made history earlier this month when each chamber of the General Assembly separately approved ratification resolutions.

On Monday, the House and Senate took the final procedural step of signing off on each other's measures. That action took place with women presiding over both chambers.

ERA advocates say the amendment will enshrine equality for women into the Constitution, offering stronger protections in sex discrimination cases. Opponents warn it will erode commonsense protections for women and advance abortion access.

Virginia's ratification opens a new chapter in the nearly century-long push to get the amendment added to the Constitution.

The vote is a momentous victory for many women's rights advocates. But it is far from certain the measure will ever be added to the U.S. Constitution. The vote came decades after Congress sent the ERA to the states in 1972, passing it with bipartisan support.

A legal fight with the Department of Justice is likely ahead after they ruled that the deadline to ratify the ERA has expired.

“We conclude that Congress had the constitutional authority to impose a deadline on the ratification of the ERA and, because that deadline has expired, the ERA Resolution is no longer pending before the States,” the Justice Department’s Office of Legal Counsel said in an opinion.

"Finally, women have a place in our nation’s founding document,” said Filler-Corn.

By the action we have taken today, our daughters and their daughters after them will have equal protection law. While putting gender equality in the United States Constitution does not right the injustices of history in the Commonwealth or our nation, nor does it cure all forms of discrimination, we have sent a signal to America today of a shared commitment to a more just and equal future.”