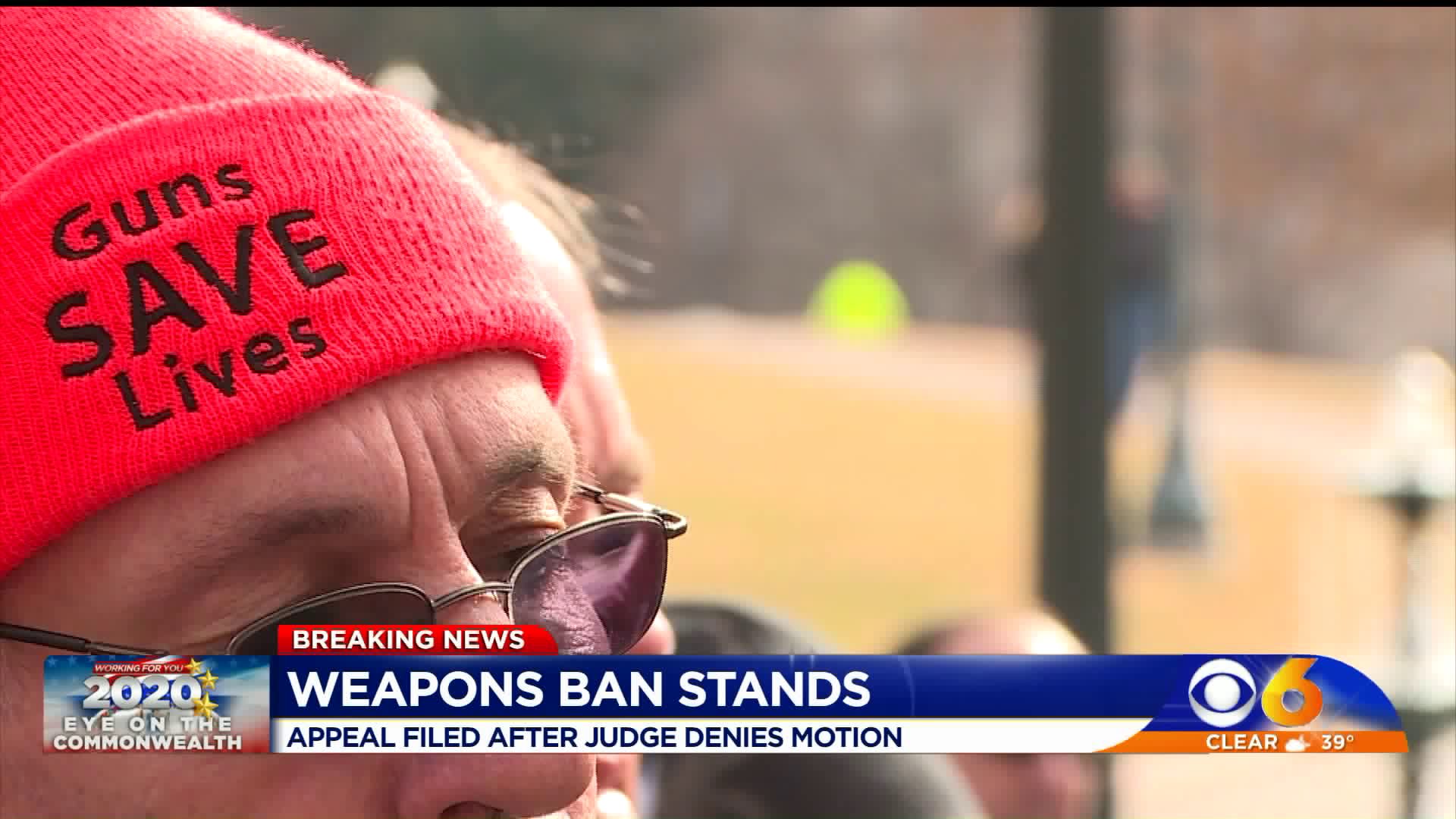 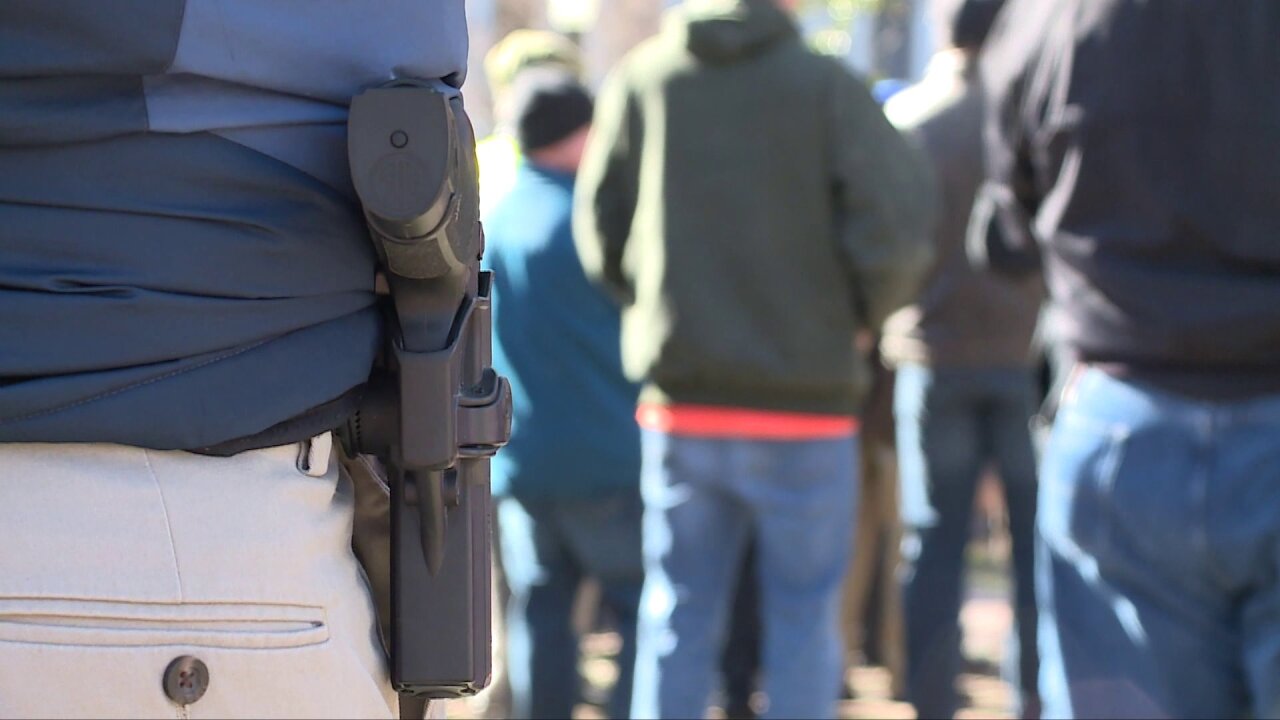 RICHMOND, Va. – Ralph Northam’s executive order to temporarily ban all weapons, including guns, from Capitol Square ahead of a pro-gun rally on Lobby Day, will remain in effect after a Richmond judge denied a motion challenging the ban Thursday afternoon.

On Thursday night however, the plaintiffs filed an appeal to the Supreme Court of Virginia, challenging the portion of the ban that places a restriction on firearms.

An attorney representing the plaintiffs said that they are not challenging the restrictions on other weapons, like sticks and bats.

A response is anticipated to be filed on Friday.

#BREAKING: A Richmond Circuit Court judge has DENIED a motion to overturn the firearm ban included in Governor Northam’s Executive Order that goes into effect tomorrow.

The lawsuit was filed by Gun Owners of America, Inc. (GOA), Virginia Citizens Defense League (VCDL), and citizens Kenneth VanWyk, Erich Pratt, and John Velleco, who are all planning to attend Monday’s rally on Capitol grounds.

Of the three individuals filing the lawsuit, two are executive members of the GOA, and the third is a member of the VCDL.

In the lawsuit, the plaintiffs argue the firearm ban infringes on their First and Second Amendment Rights and Northam doesn’t have the authority to issue such a ban.

Ban was put in place as part of a state of emergency declaration for Monday’s gun lobby day at the State Capitol. @CBS6 pic.twitter.com/yDSnkxmbHR

The Solicitor General, arguing on behalf of the government, said Northam does have the authority and the ban doesn’t infringe on First or Second Amendment rights.

Northam cited credible threats of violence as the reason for the emergency ban.

"We have received credible intelligence from our law enforcement agencies of threats of violence surrounding the demonstration planned for Monday," Northam said during a Wednesday news conference.

Thursday, three members of a white supremacist group were arrested by the FBI. A law enforcement official says that they believe the men were planning to attend the pro-gun rally in Richmond on Monday.

“This is the right decision. I took this action to protect Virginians from credible threats of violence. These threats are real—as evidenced by reports of neo-Nazis arrested this morning after discussing plans to head to Richmond with firearms.

I’m grateful to the Circuit Court for recognizing the seriousness of these threats, and for upholding this reasonable, legal action to protect all Virginians, including demonstrators and policymakers. I will continue to do everything in my power to keep Virginians safe.”

“The Plaintiff’s motion to enjoin (or stay) the Governor’s mandate must be accompanied by a showing that an irreparable harm would result from the Governor’s action. The Court found that there was an insufficient showing of irreparable harm and relied on case law precedent to deny their motion. The plaintiff has a right to appeal but the logistics of doing so over a long holiday weekend mean that the issue will likely be moot by Tuesday when the Courts reopen.”