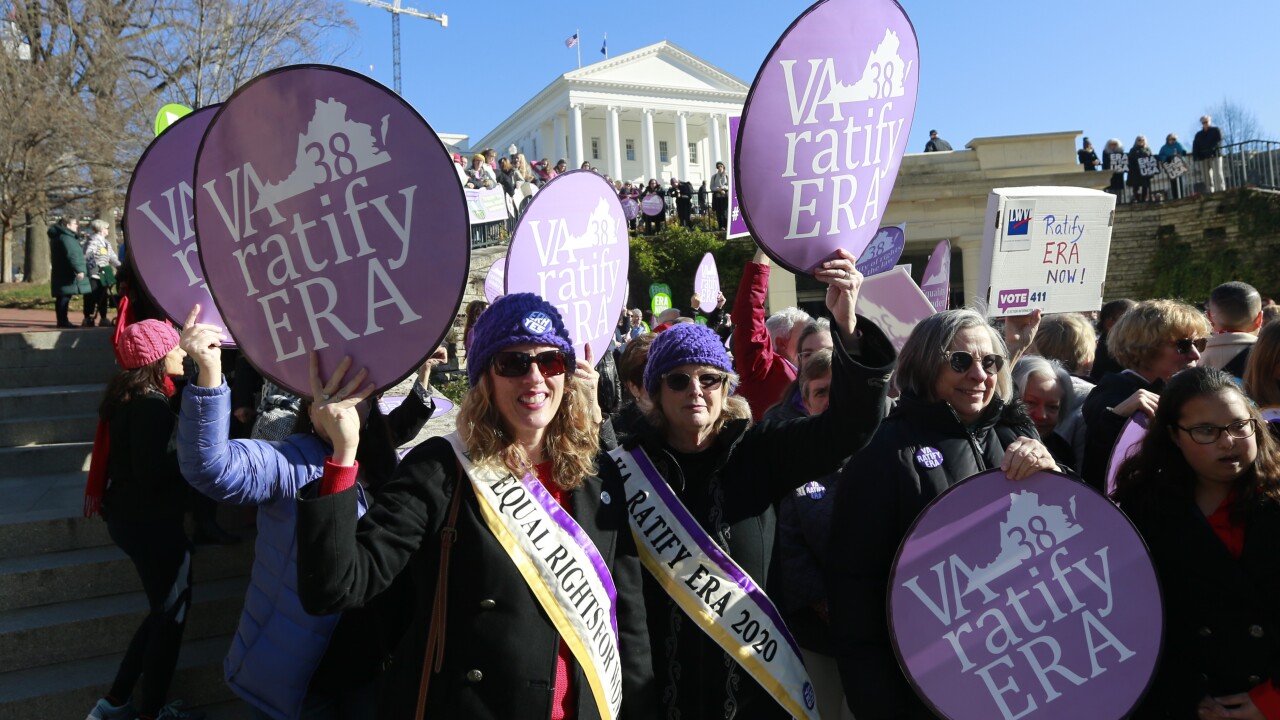 RICHMOND, Va. — The Equal Rights Amendment is continuing to advance in the Virginia Legislature, where its passage is all but certain.

A House committee on Tuesday approved a resolution to ratify the gender equality measure. Advocates hope it will become the next amendment to the U.S. Constitution. The 13-9 vote split along party lines, with all Democrats supporting it and all Republicans opposing it.

The resolutions are now before the full House and Senate.

Even if it’s ratified in Virginia, the amendment is far from being a done deal.

Court battles are expected nationwide over a long-passed 1982 deadline set by Congress.