Pastor responds to message spray painted on church: ‘To tell you the truth, I’m excited about it’ 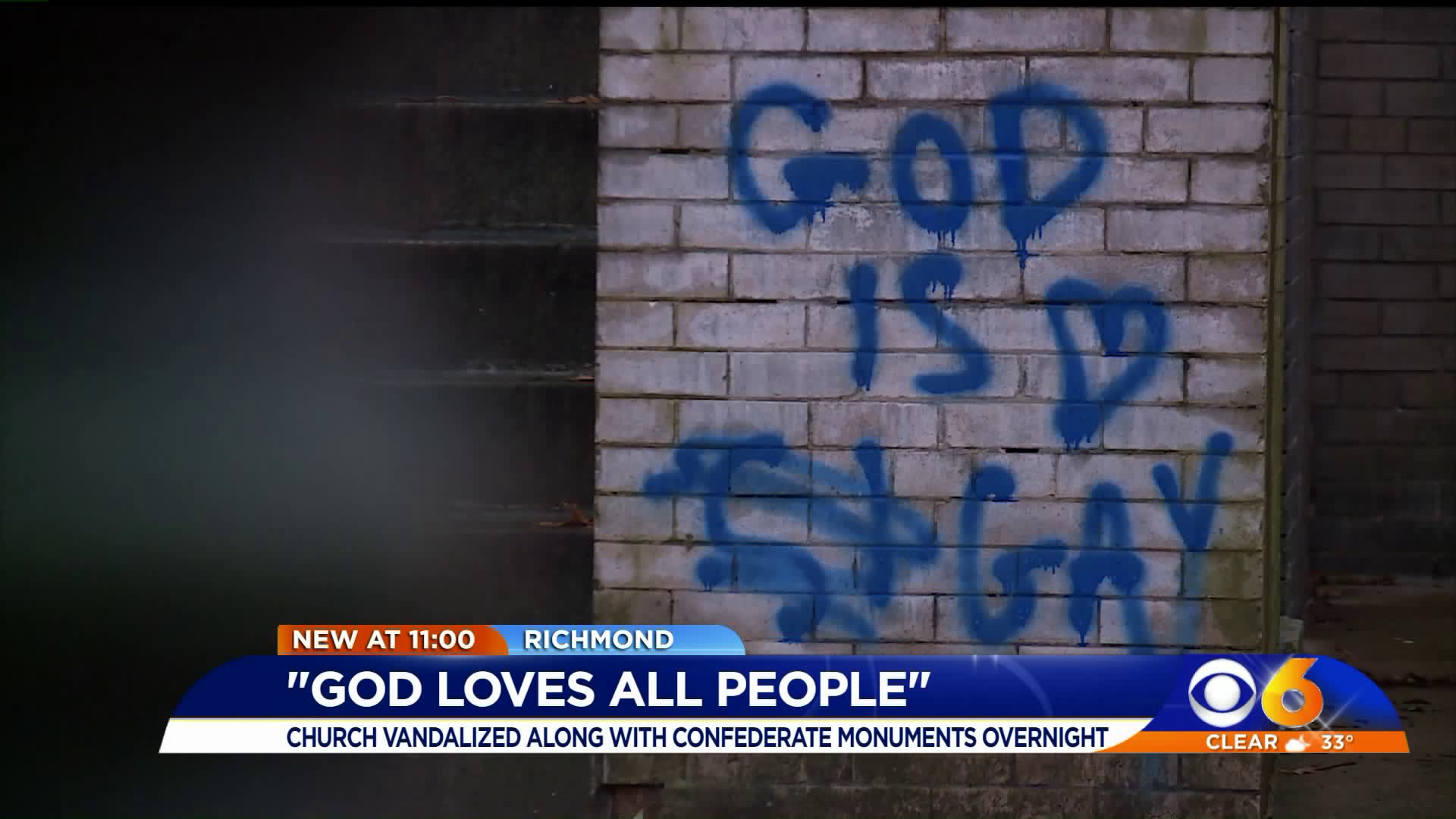 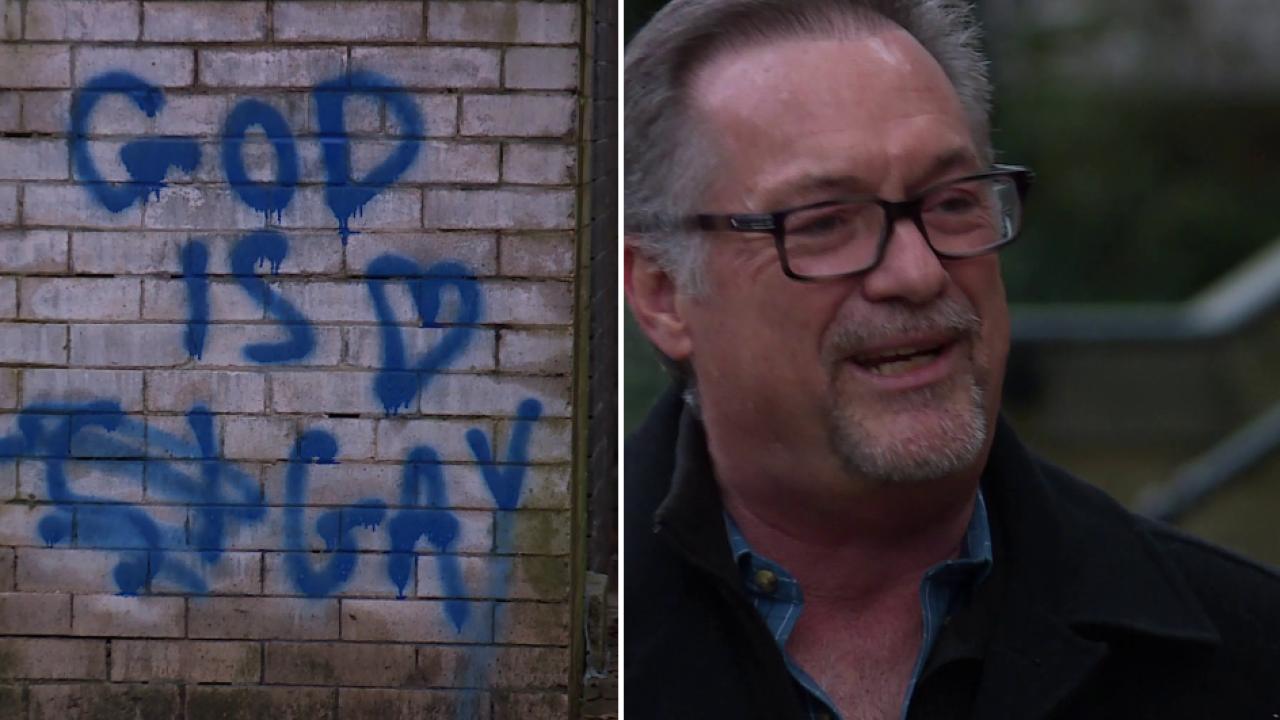 RICHMOND, Va. -- At the corner of Park and Davis Avenue in Richmond sits Metropolitan Community Church.

"This is a church primarily of gay and lesbian, bisexual, transgender people and straight people too," said pastor Kenny Callaghan.

The group gathers to worship and pray just blocks away from two confederate monuments, Jefferson Davis and Stonewall Jackson. But on Monday night, the church and the two monuments were all vandalized with racial and religious slur hours after the Richmond City Council agreed to ask the general assembly for authority to take down or modify confederate statues.

The phrase "This is Racist" was spray painted on the monument honoring Confederate President Jefferson Davis.

"To tell you the truth, I'm excited about it because here you are interviewing me and people can hear the inclusive message that we teach here," said Callaghan.

Pastor Callaghan is now turning this negative into a positive.

He hopes whoever committed the crime finds peace.

"Whoever wrote this they need to know that God even loves them just the way they are period," said Callaghan.