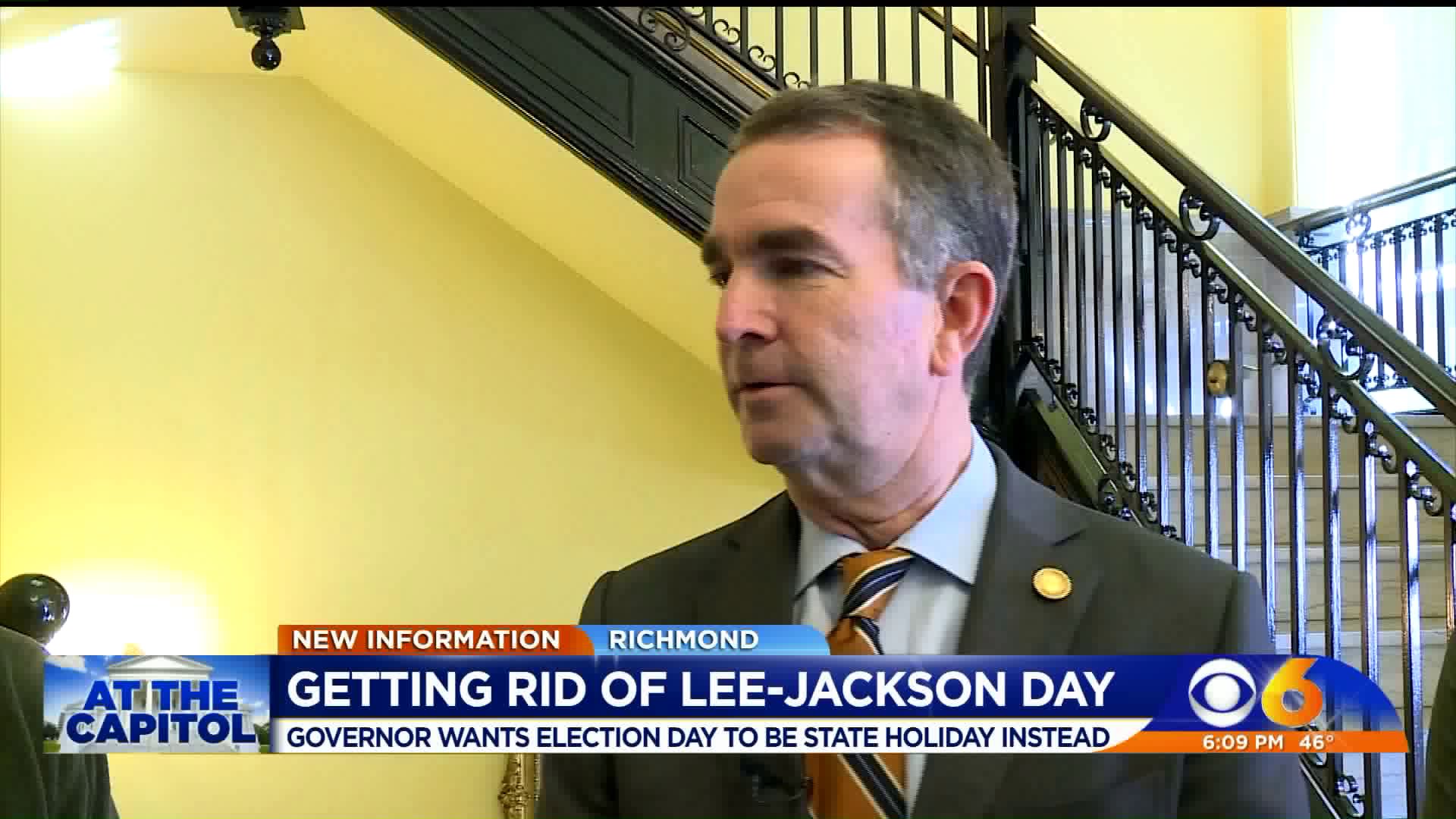 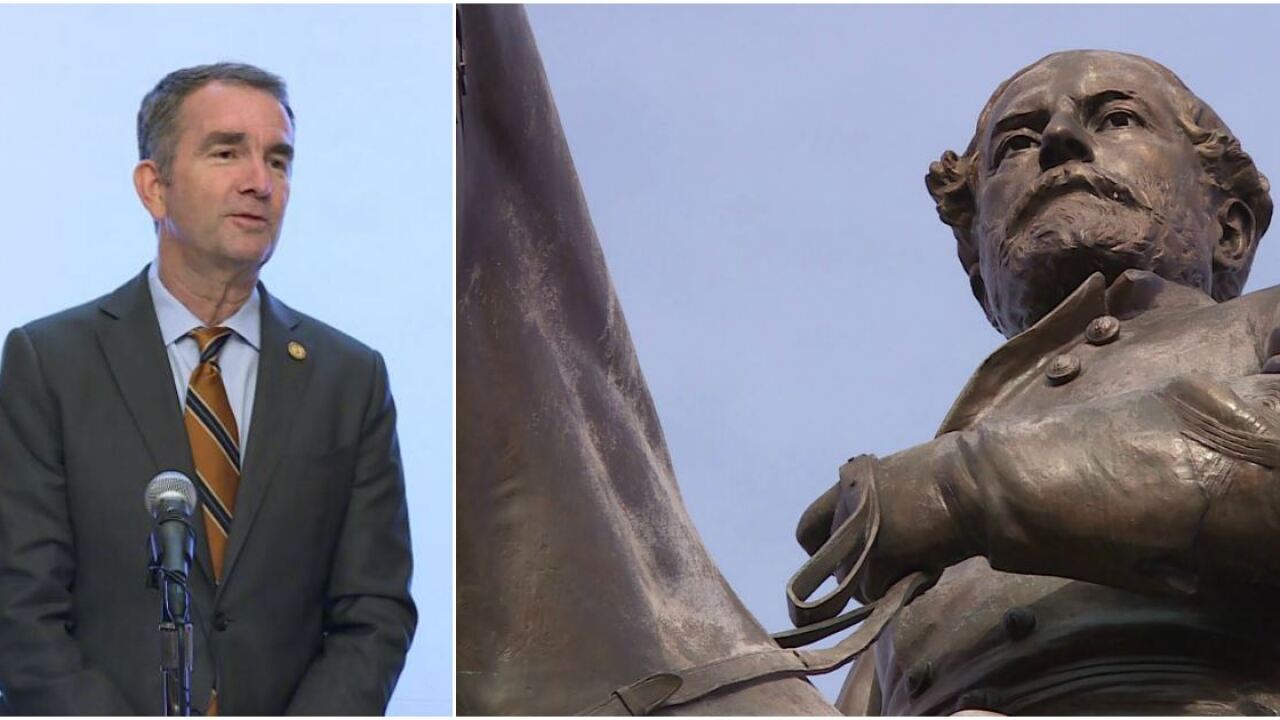 "I don't think there's any secret that it's in honor of two individuals who fought to prolong slavery which is not a proud aspect of Virginia's history," Governor Northam said Monday after announcing his support for a proposal to establish Election Day as a new state holiday. "I think we need to move forward and remove Lee-Jackson Day as a holiday and make Election Day the new holiday."

In addition to "moving forward," Northam said creating a new state holiday on Election Day would require a balancing of the books.

"We certainly look at the financial aspects in order to make a new holiday," he said.

The governor said turning Election Day into a state holiday would improve voting access to Virginians. He's also supporting proposed legislation allowing Virginia voters to cast an absentee ballot, without an excuse,  up to 45 days before an election. The State Board of Elections recommended the 45-day excuse-free voting period last year.

"Voting is a fundamental right," he said. "But in a state that once put up tremendous barriers to voting, too many people are still unable to participate meaningfully in our democracy. By making it easier—not harder—to vote, these proposals will ensure we are building a government that is truly representative of the people we serve. I look forward to working with the General Assembly to pass these important measures into law."

The proposals have a better chance of passing this year than in year's past. Democrats won control of both the Virginia Senate and House of Delegates in the 2019 election.

The Virginia General Assembly begin January 8. This is a developing story.