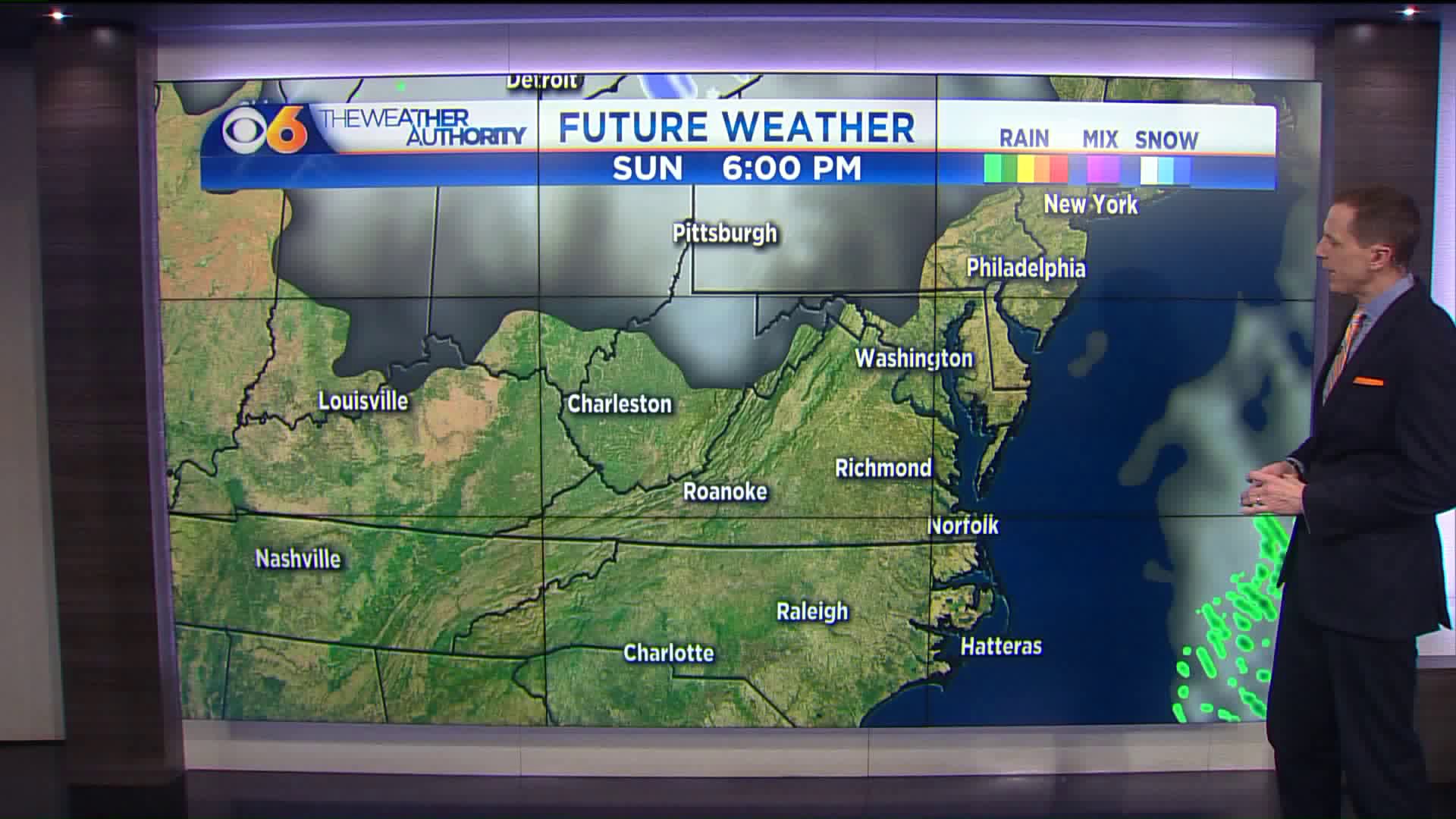 Highs today will be about 10-15 cooler than Saturday 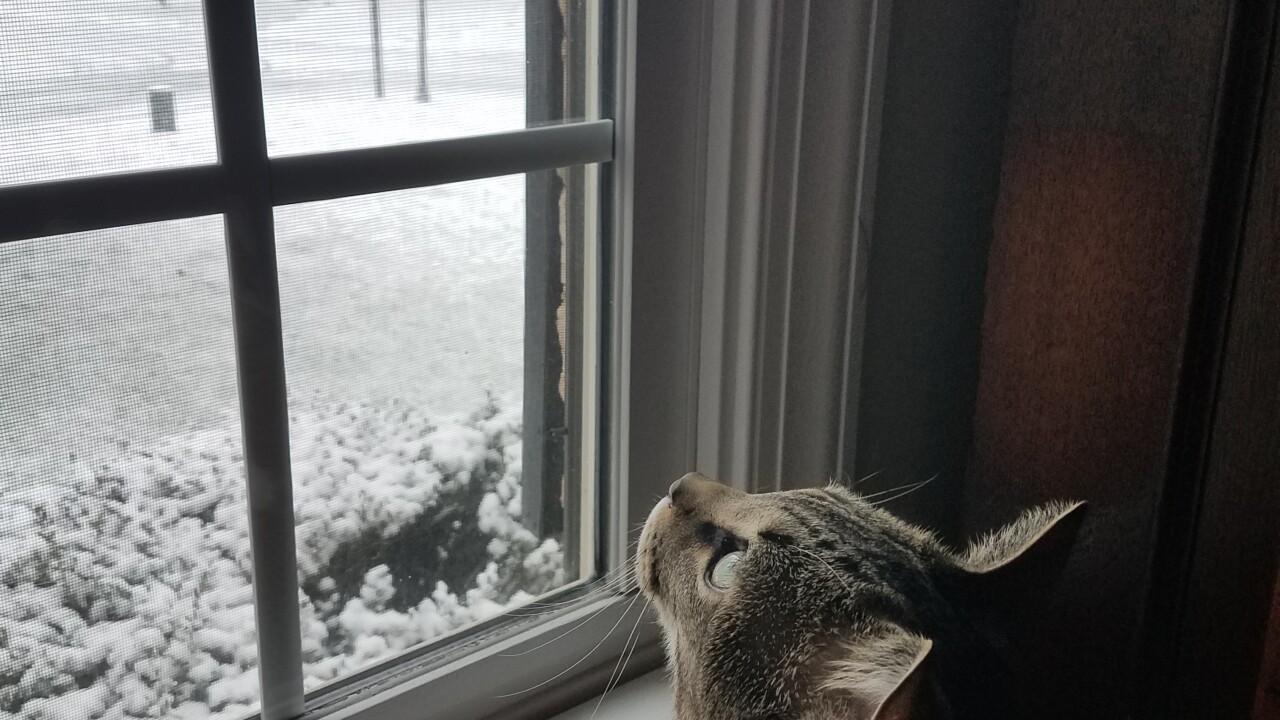 A disturbance from the northwestern United States will track across the county and develop as it crosses the Tennessee Valley.  This system will spread precipitation across the Commonwealth on Tuesday.

Rain will fall over most of central and southeastern Virginia, but there will be enough cold air in place for this precipitation to be either some snow or a mix in some locations.  The chance of snow/mix increases farther north and west of Richmond.

This system will track through the area fairly quickly, and the steadier precipitation may only last a few hours.  Temperatures will be above freezing in most locations. 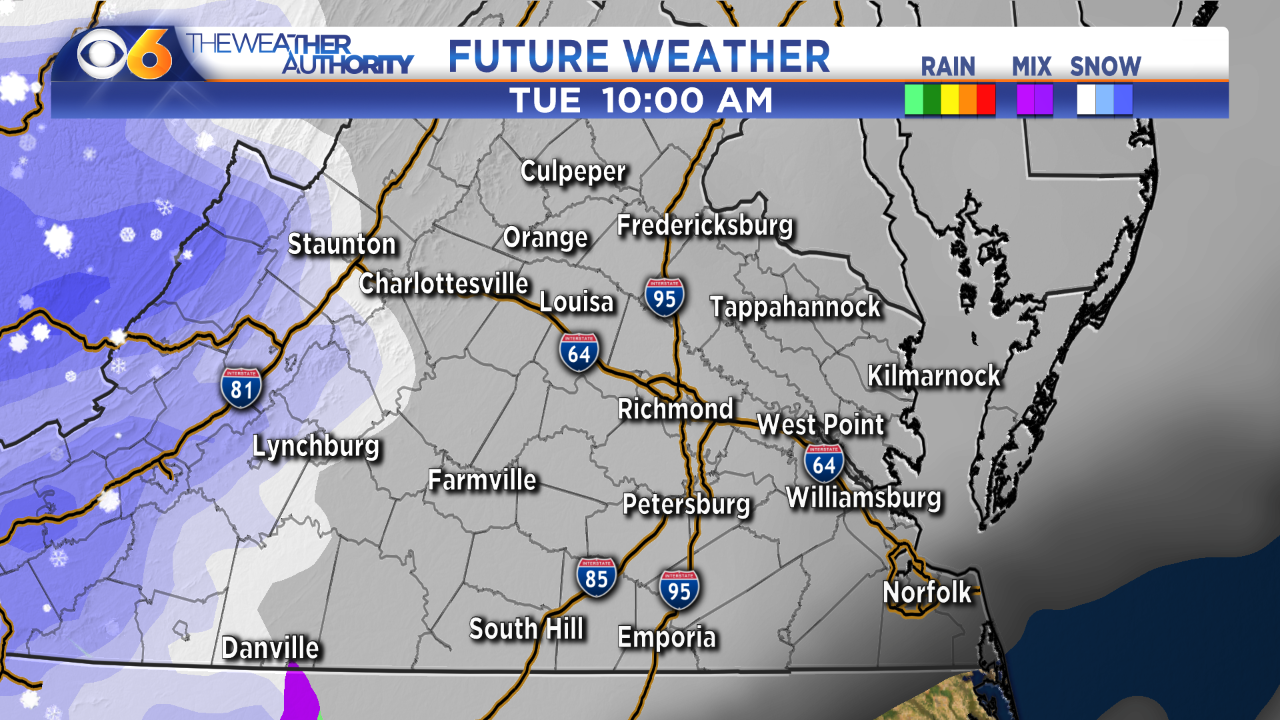 Since the energy for this system is still across the country, we will continue to update the track and Tuesday's rain/snow potential on our forecast page.

It will be dry late Tuesday through most of Friday.  A shower is possible by Friday evening, with showers more likely Saturday.  Highs will reach the 60s again at the end of the week.