Family demands answers after 89-year-old killed in hit-and-run: ‘We don’t know if she suffered’ 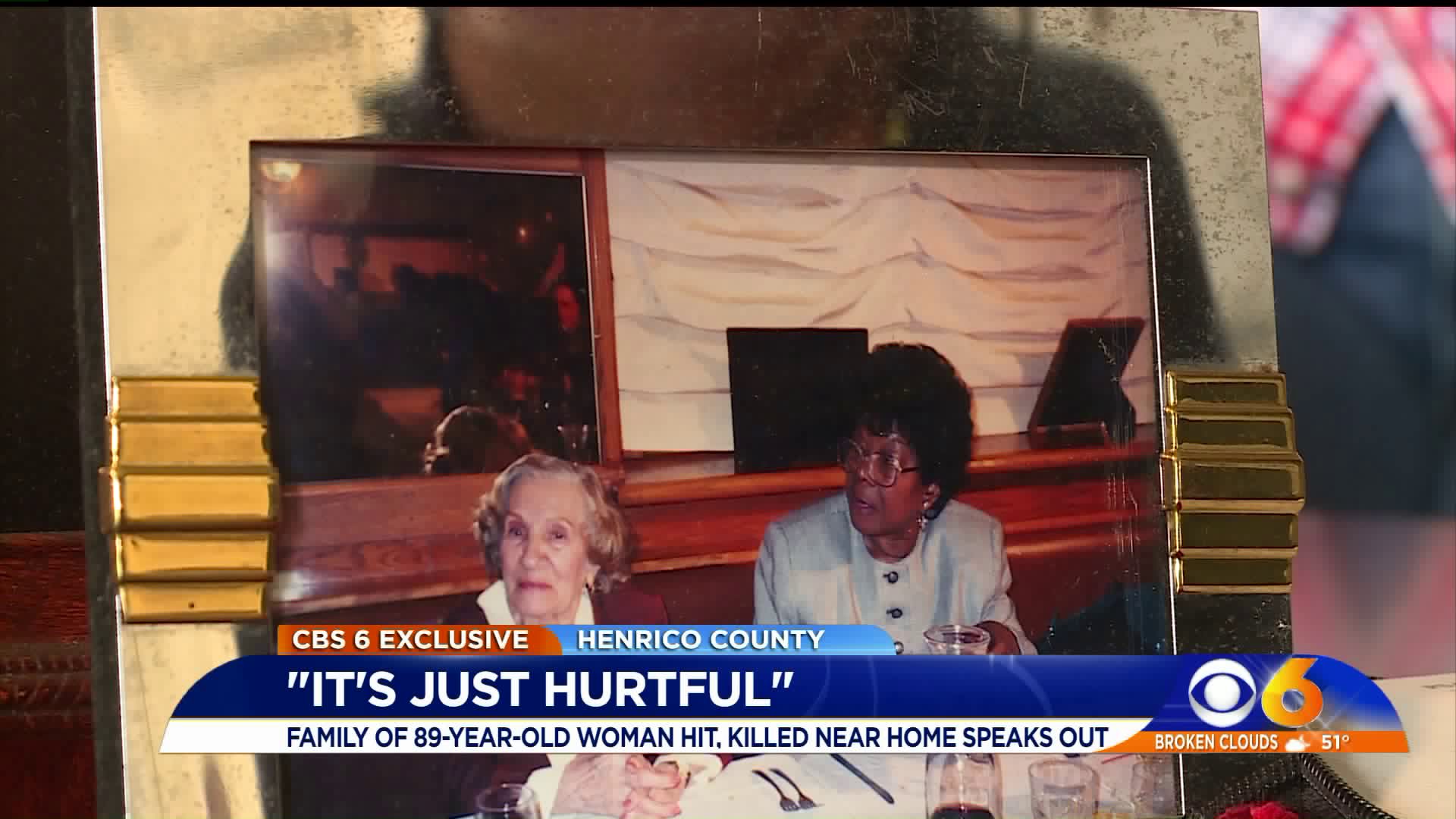 HENRICO COUNTY, Va. -- A tight-knit family says they are torn apart after the death of 89-year-old Rosa Brown.

"The disbelief, the hurt. It really took my breath away," said Brown's grandson, Hosza Bragley.

"I just saw her at a couple of days ago at a funeral in Lunenburg County," added James Bragley, Brown's son.

Brown`s body was found Friday morning about 50 feet from her Henrico County home, at the intersection of Bolling Street and Laburnum Avenue.

Henrico Police said it appeared Brown was hit by a vehicle.

That driver, according to police, was traveling south on Laburnum, near Bolling, when Brown was hit.

There was no indication the driver who hit Brown, stopped after doing so and the exact timing of Brown's death remained undetermined at this time.

But her family believes she was hit Thursday night and left on the side of the street.

"We don't know if she suffered, if she went away right away," said Hosza Bagley.

It's just hurtful that somebody would do that and my Aunt Rose had to lay there all night," added Lucy Baker.

Brown's family said she was known to always be on her feet.

"She was a walking woman I tell you that now, stayed walking," said James Bragley. "She'd ride if she can, but she stayed walking."

A woman who they said feared nothing and loved everyone.

"She went places where no other people, dare put there foot there," said James Bragley.

"Aunt Rose was always there for everybody," added Baker.

Brown's family said they just want closure and peace hoping whoever is responsible, to come forward.

"Whoever done it, please let us know, let somebody know," said James Bragley. "I don't hate nobody for doing it, I just hate the way it was done."

Henrico Police are still investigating the incident. Anyone with information is asked to call Crime Stoppers at 804-780-1000 or submit a tip online at http://www.7801000.com. The P3 Tips Crime Stoppers app for smart phones may also be used. All three Crime Stoppers methods of contact are anonymous.