Richmond home hit by car for second time in 6 months: ‘Something needs to happen’ 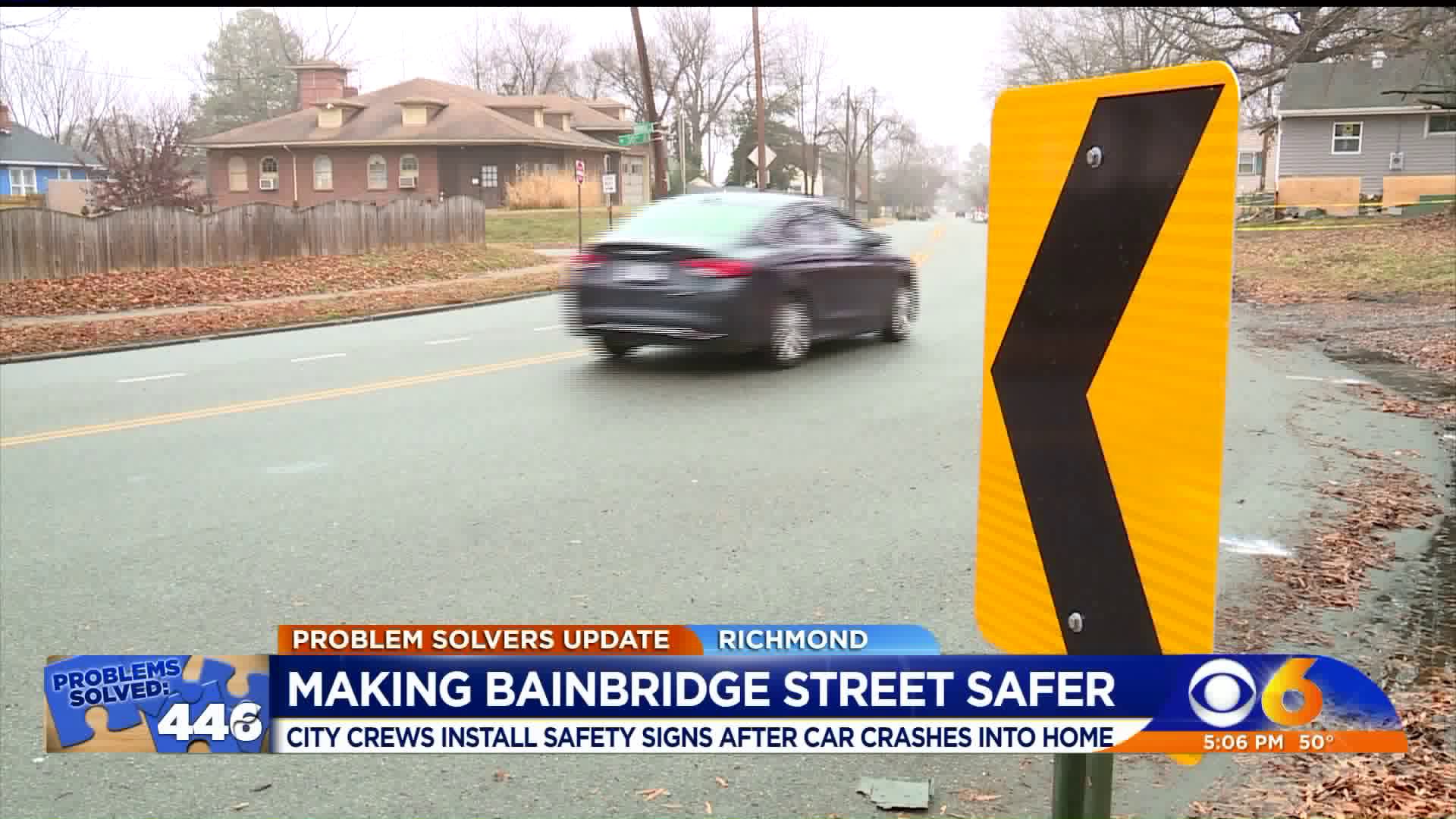 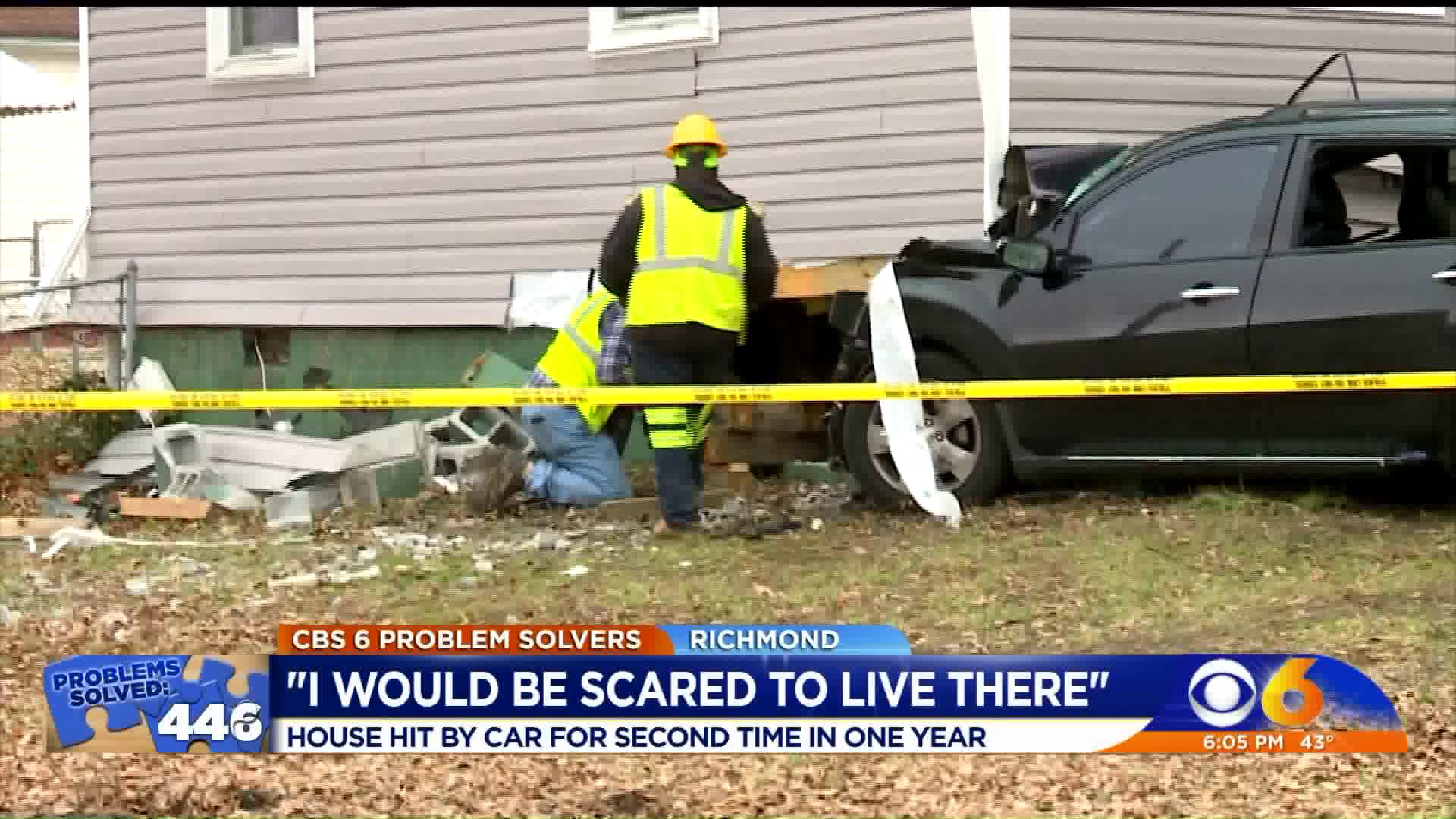 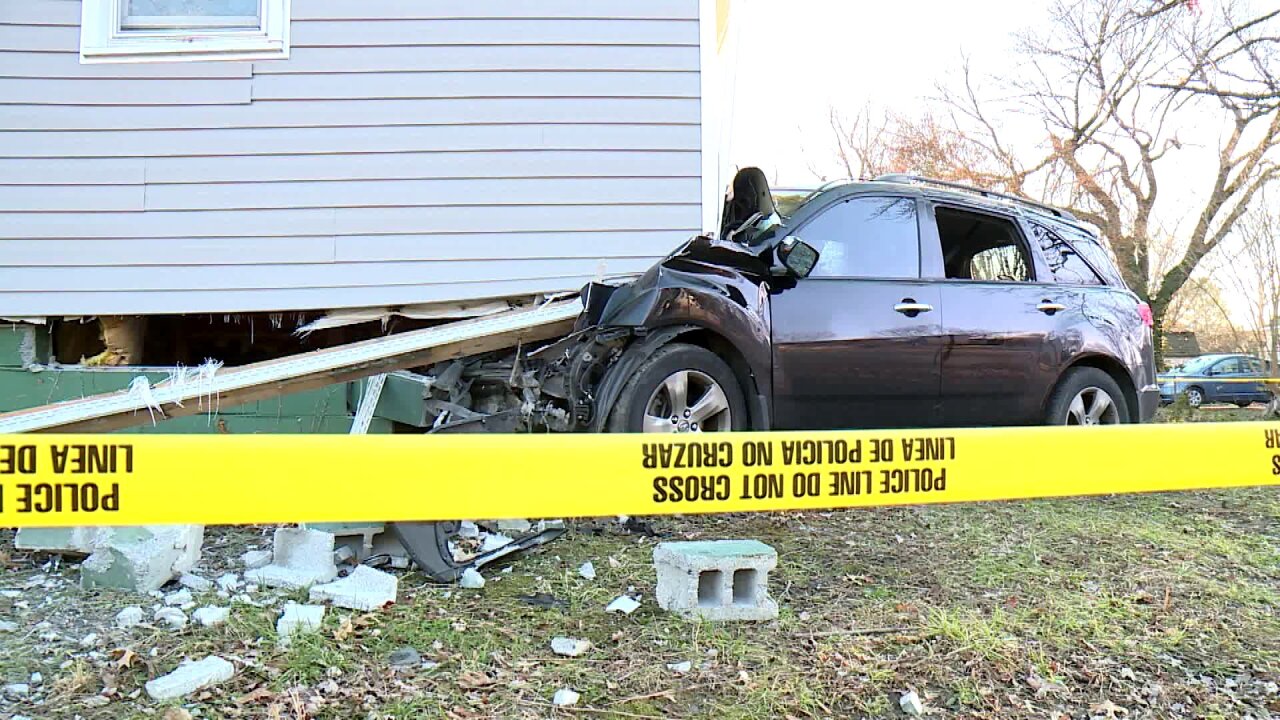 On Tuesday, a police spokesperson told CBS 6 the driver of the SUV that hit the house, a 25-year-old woman, was the sole occupant of the vehicle and was not injured. She was charged with "failure to maintain proper control".

Additionally, CBS 6 returned to the neighborhood on Tuesday around noon and the chevrons ordered by DPW had already been installed along the curve in the roadway.

RICHMOND, Va. — Richmond’s Department of Public Works (DPW) said it will install additional safety features along a stretch of road on the Southside that has seen a house hit by a car twice in the last six months.

The crash happened Sunday morning around 2:36 a.m., according to Richmond Police at a home on the corner of W. 29th St. and Bainbridge St. Police added their officers were called for “the report of a vehicle leaving the roadway and colliding into a home. Damage to the home was significant.”

Neighbors told CBS 6, it was the second time that same home had been hit by a car leaving the roadway.

“Something needs to happen. It’s just, it’s just going to keep happening. I mean, I would be scared to live there,” said Vanessa Hudson, who lives a few doors away. “Because there was a lady in the actual bedroom that was hit the last time.”

“Two cars go into the yard, like, through the fence and now it’s been two cars in the house,” added Matt Londrey, who also lives nearby.

Neighbors added it is the latest example of traffic incidents along the curve in the road where Bainbridge St. turns into Forest Hill Ave.

“I’ve lived here six years and in the years that I’ve lived here have been numerous accidents up on the corner of Bainbridge where it turns into Forest Hill,” said Hudson. “There always seems to be tire tracks in the yard where you can see a car overcorrected. They’ve even hit a telephone pole. It doesn’t matter which direction.”

“I’ve, like, witnessed, three crashes that are bad and I’ve seen the aftermath of at least three,” added Londrey. “About a hundred yards that way, I’ve gotten people out of cars, or I think, just one guy ran into a telephone pole, but I’ve definitely seen two cars in a telephone pole.”

A spokesperson for DPW told CBS 6 that a traffic engineer was out on Monday to investigate the issues along that stretch of road and said they determined to install chevrons along the curve in the road.

Richmond Police said the crash is still being investigated and they hope to release more information, including if there are any charges filed, on Tuesday.