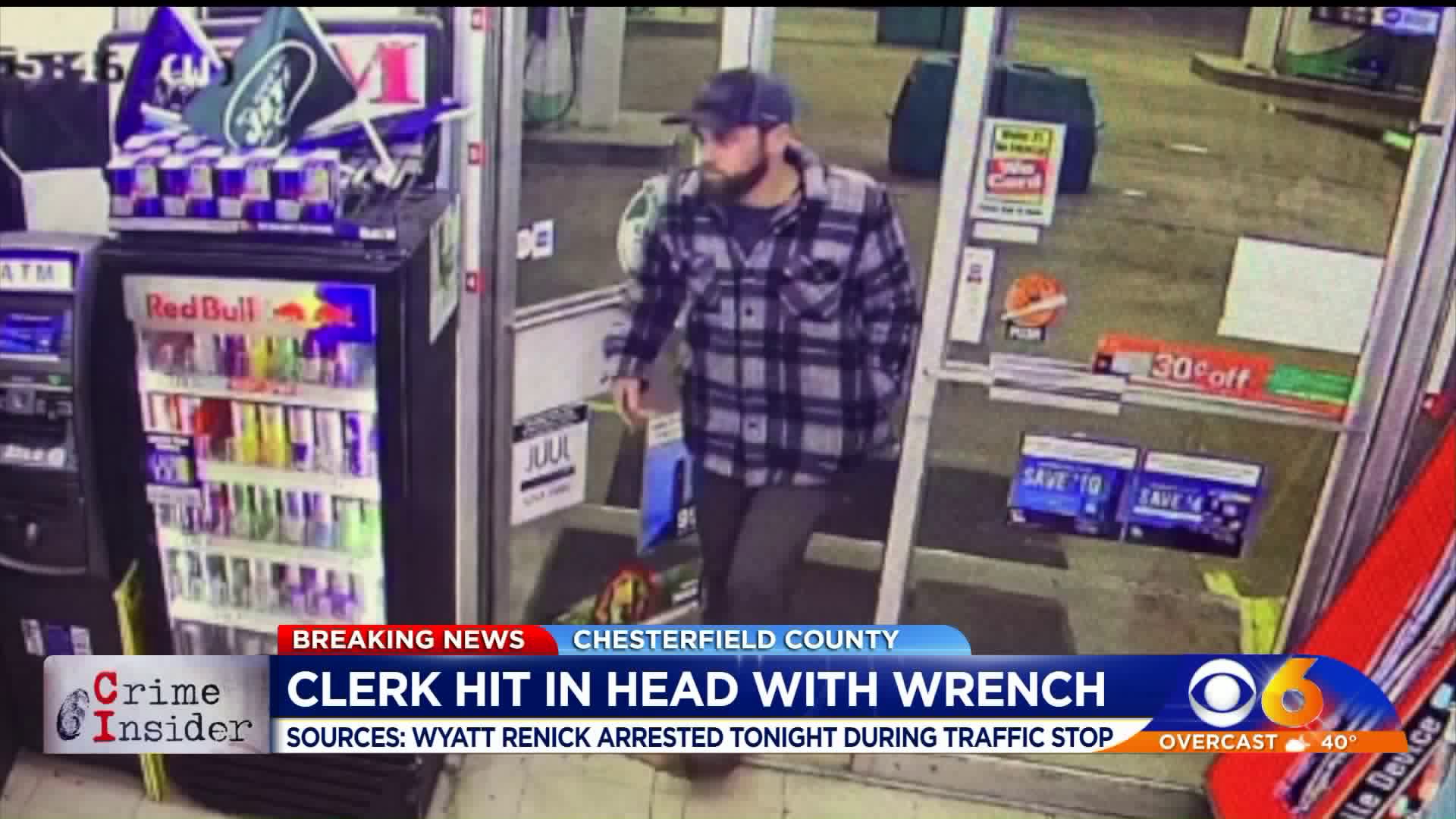 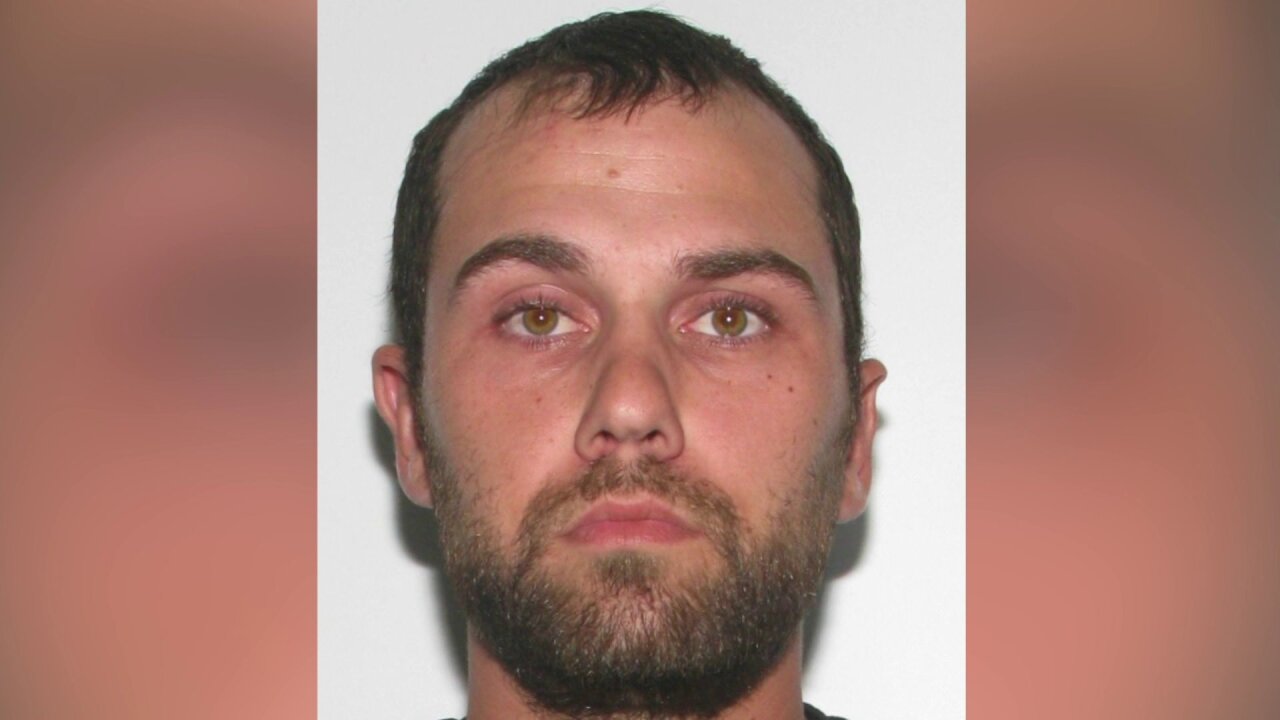 CHESTERFIELD COUNTY, Va. -- The man accused of hitting a clerk in the head with a wrench before robbing a gas station has been arrested, according to Crime Insider sources.

30-year-old Wyatt Renick was taken into custody during a traffic stop Friday evening.

On Wednesday, police responded to the BP gas station in the 9200 block of Midlothian Turnpike around 10 p.m. for reports of a robbery.

Police say Renick walked into gas station and asked a cashier for change. Then, he hit the cashier in the head with the wrench and ran off with cash.