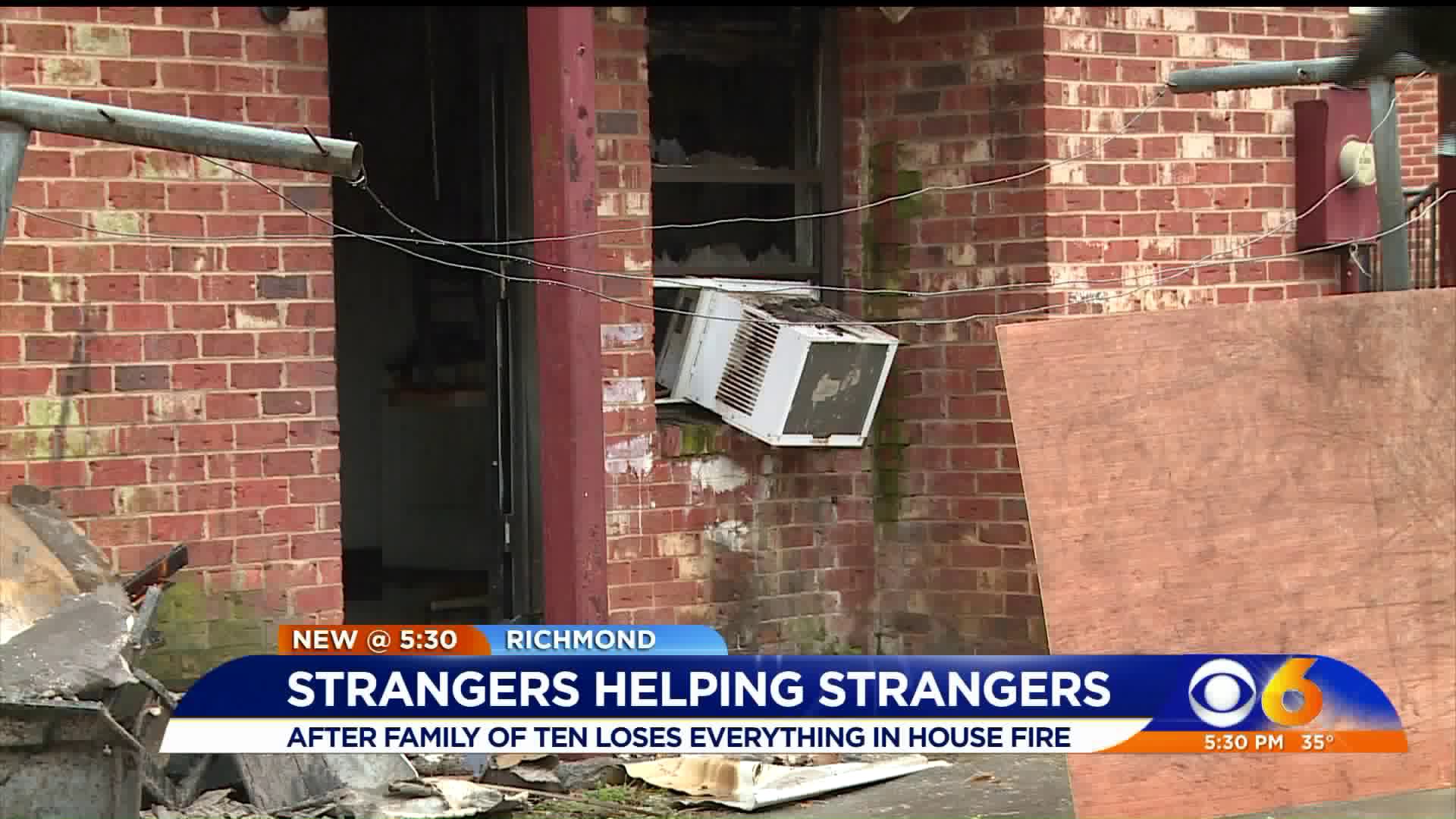 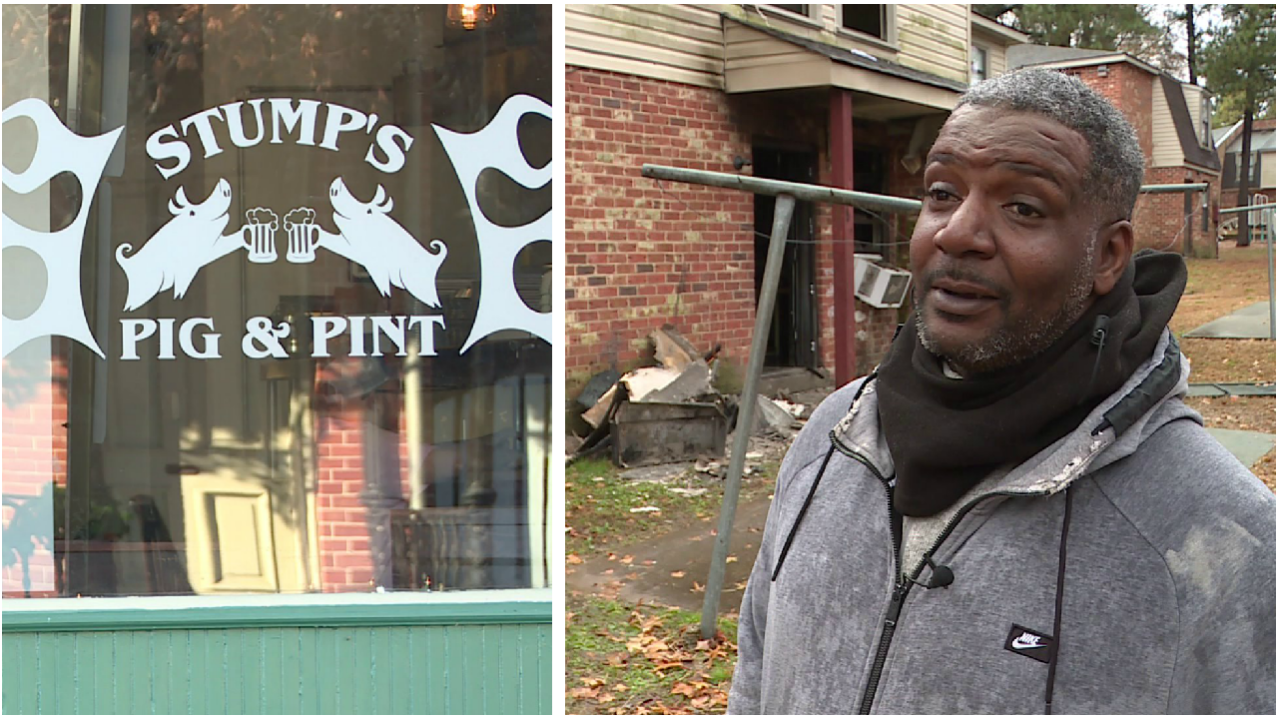 RICHMOND, Va. -- Images of a burned-out home flashing across their TV screens grabbed the attention of Mike King and restaurant owner Jimmy Stump.

Both were deeply touched by a Richmond father explaining he and his family, which includes 8 children, lost nearly everything when their Afton Avenue home caught fire just weeks before Christmas.

"The kids are still going to have Christmas... we're going to make it happen," Rudolph Phelps said standing outside his Afton Avenue home.

Phelps was already at work Monday when he got the call about the fire. His children were at school and uninjured. A nephew inside made it out alive.

“Just think of if you had nothing but the clothes on your back. That concept is huge for people. Everything you used to have is gone and now you have to start over. Most people never had to do that,” said King.

King and Stump wanted to help and reached out to the CBS 6 Problems Solvers in order to connect with the fire victims.

Stump and his wife, who own Stump’s Pig and Pint, got a chance to meet the family.

“Oh, my God. We could barely keep it together just talking to them. Feeling the warmth and love for their family in their hearts,” said Stump.

“When the hoopla dies down, the reality is going to set in and we’re just trying to make it a little bit better for them,” added King.

Stump’s Pig and Pint on Leigh Street will host a fundraiser this Friday, Saturday, and Sunday, donating 20 percent of proceeds from food sales to the Phelps family.

“We are accepting cash, donations, clothing, toys. All the things a family’s going to need basically to start over,” said King.

“I want them to know that no matter what… how hard times get, there are people out there who care and want to help,” Stump added.

King calls the fundraiser a party with a cause.

“You’re gonna go out to eat anyway. Why don’t you come here? Make the day better for somebody else,” he said.

If you can’t make it out to the fundraiser this week, you can donate online on the restaurant’s Facebook page or call the restaurant at 804-477-3208.