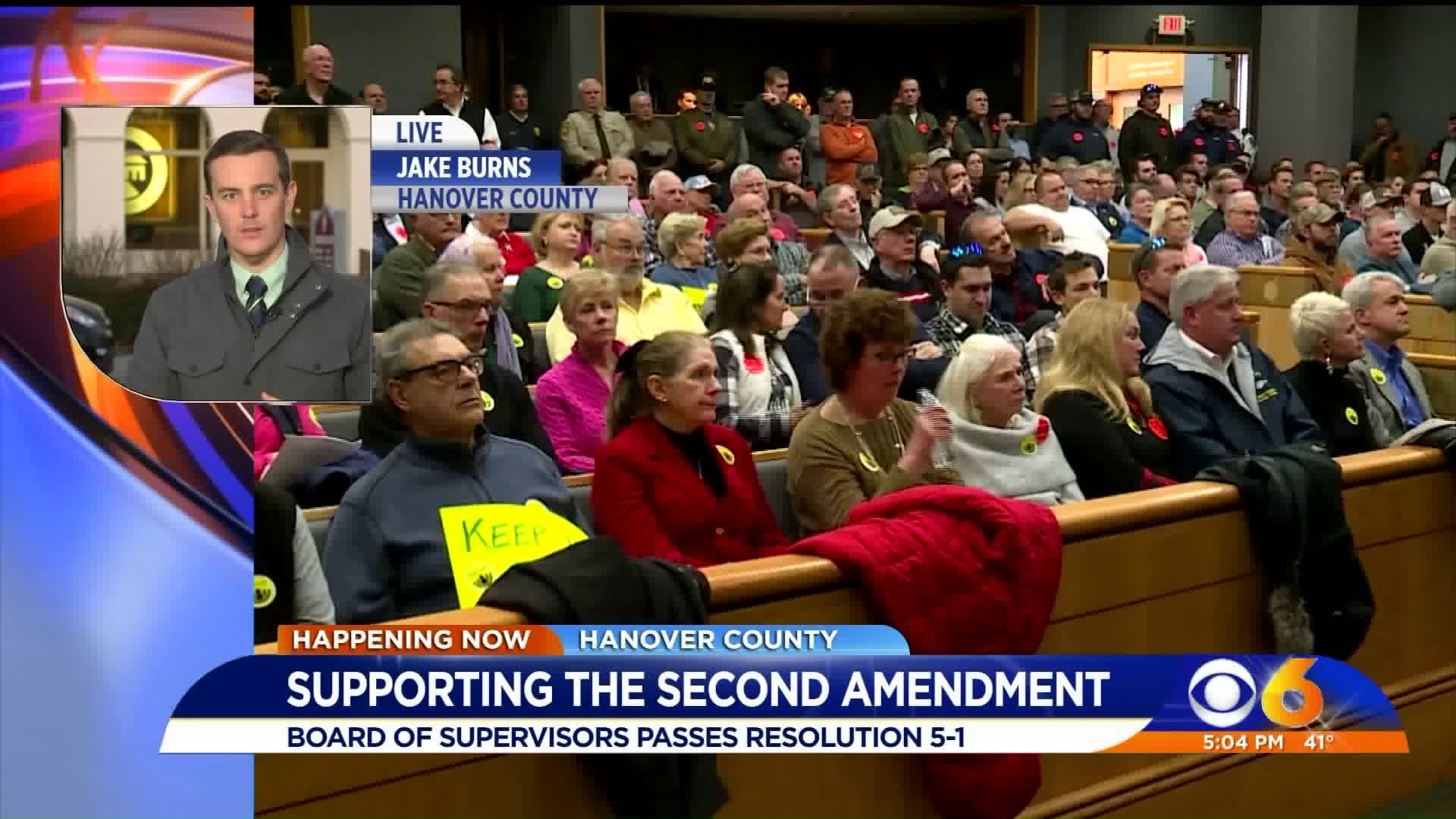 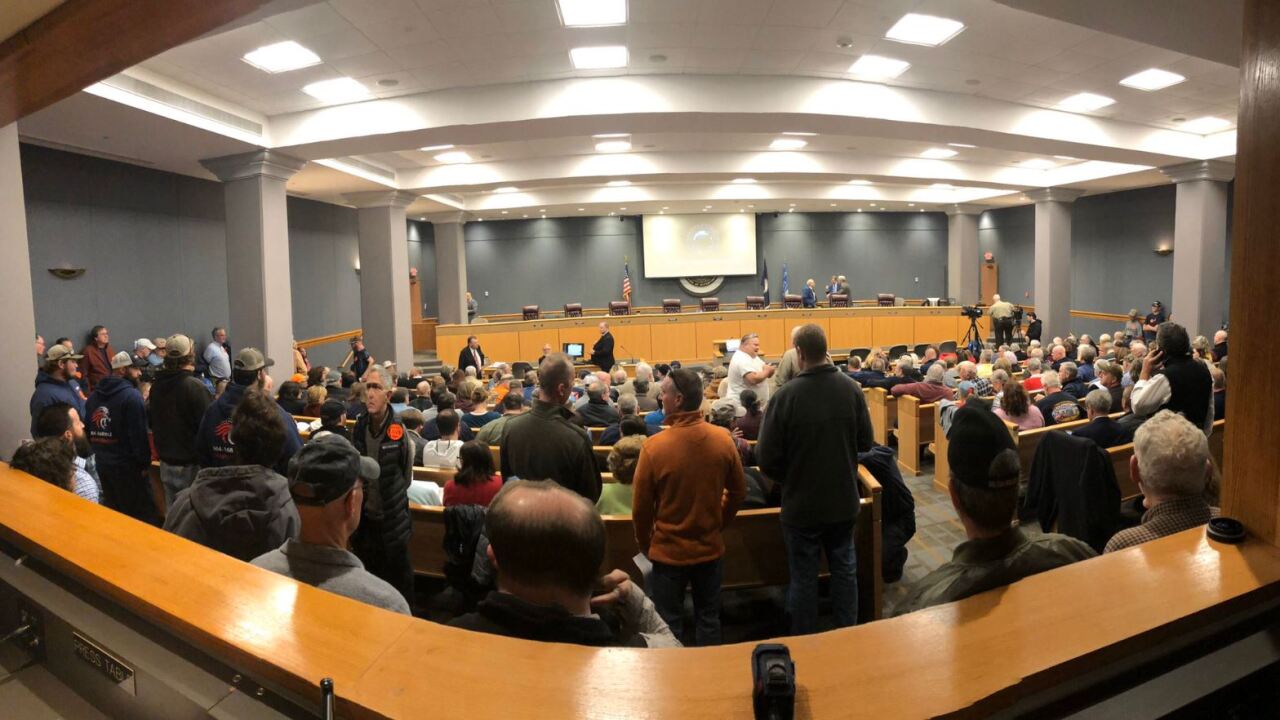 HANOVER COUNTY, Va. -- Hundreds of gun rights supporters turned out to watch the Hanover Board of Supervisors pass a resolution supporting 2nd Amendment.

The resolution expresses the board's concern that laws passed during the 2020 Virginia General Assembly session would infringe on the rights of gun owners.

"WHEREAS, certain legislation introduced in the 2019 session of the Virginia General Assembly, and certain legislation introduced in the current session of the United States Congress could have the effect of infringing on the rights of law-abiding citizens to keep and bear arms, as guaranteed by the Second Amendment of the United States Constitution," the resolution read in part." WHEREAS, the Hanover County Board of Supervisors is concerned about the passage in future Legislative Sessions of any bill containing language which could be interpreted as infringing upon the rights of the citizens of Hanover County to keep and bear arms."

Hanover becomes the latest Virginia locality to pass a resolution supporting the right to bear arms. Some counties have declared themselves so-called 2nd Amendment Sanctuary Counties.

The expectation is that with control of both chambers and the Governorship, Democrats will pass gun control legislation in the 2020 session.

“The resolutions that are being passed are being ginned up by the gun lobby to try to scare people. What we’re talking about here are laws that will make our communities and our streets safer. We’re talking about universal background checks, finally, maybe, Virginia will pass universal background checks to make sure that people who are dangerous, who are criminals and who aren’t permitted to buy guns, won’t be able to buy guns,” said Herring. “So, when Virginia passes these gun safety laws that they will be followed, they will be enforced.”