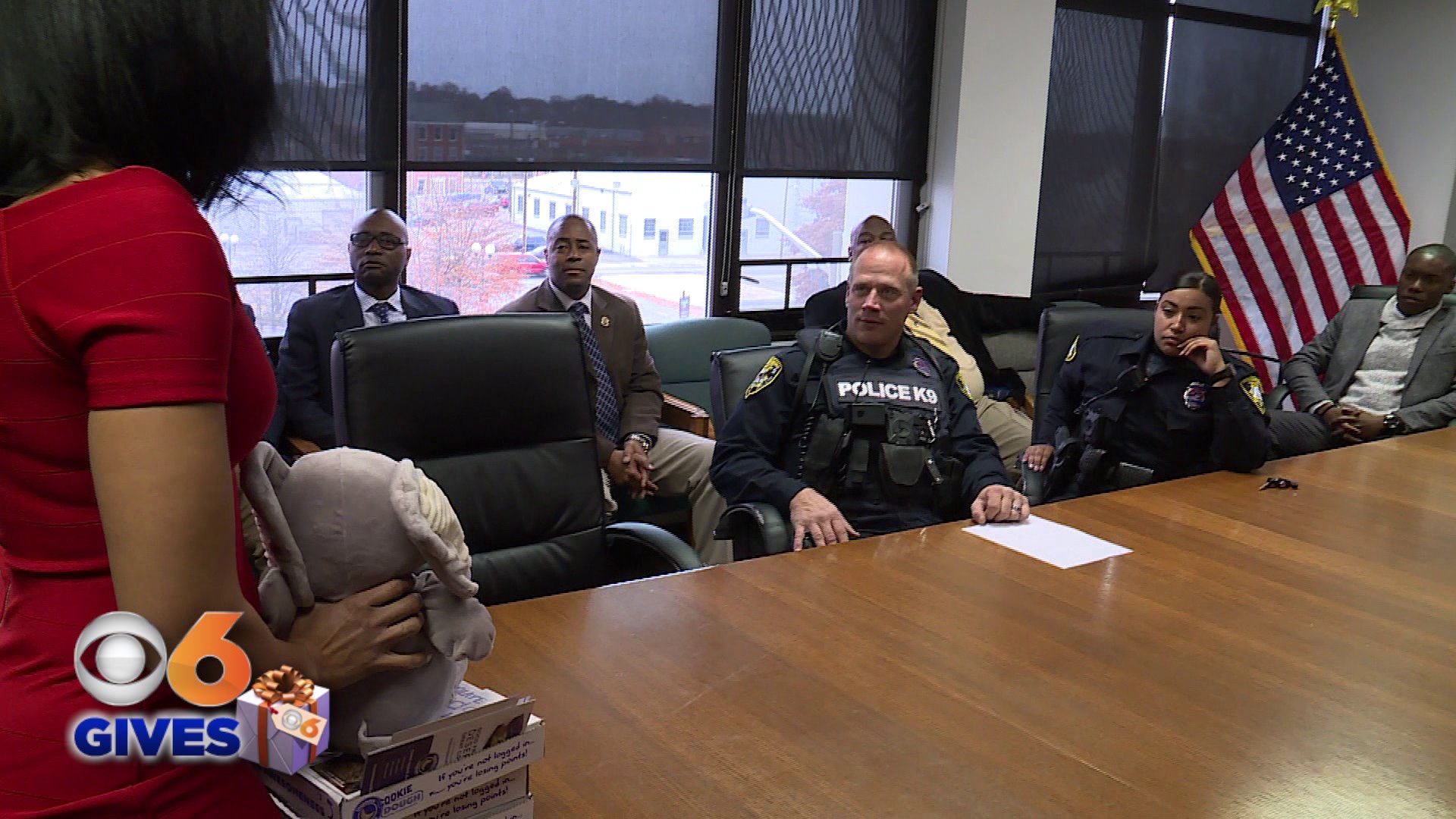 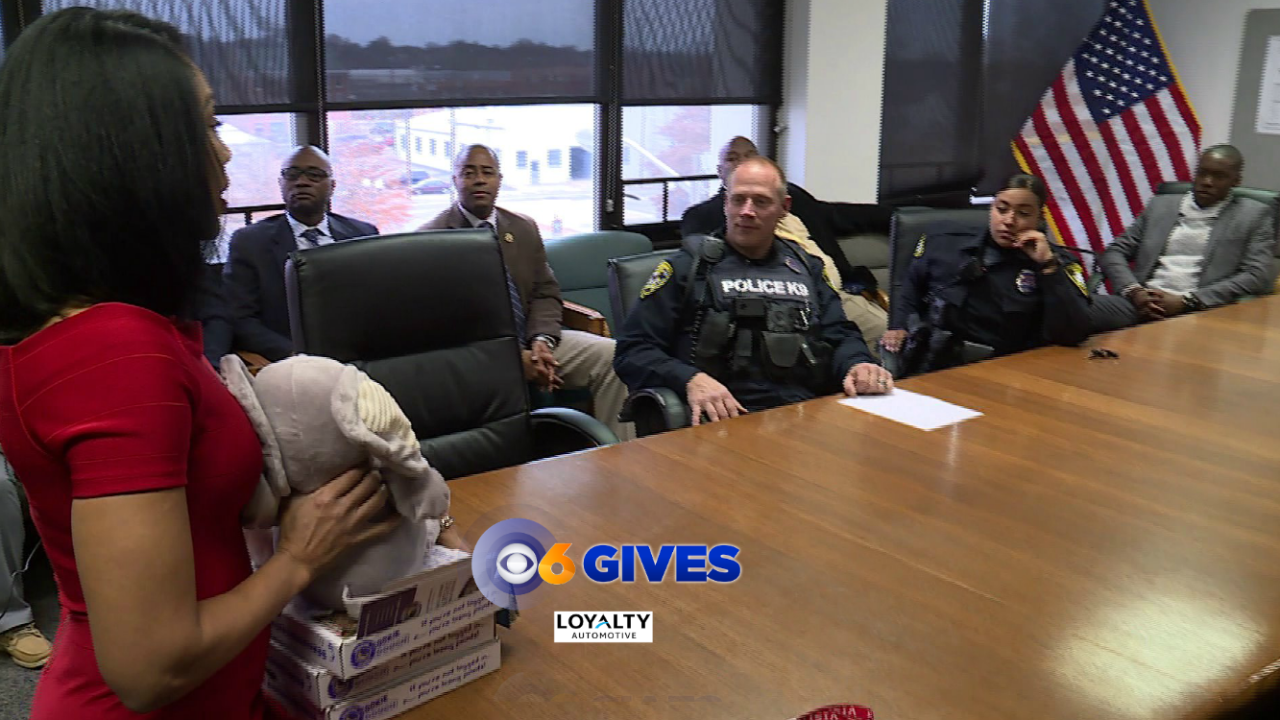 PETERSBURG, Va. – CBS 6 recently reported a heartbreaking child abuse case out of Petersburg that sent an infant boy to the hospital with life-threatening injuries.

The case touched the heart of CBS 6 anchor Candace Burns who knew she wanted to do something for the three-month-old boy and the officers and detectives who worked the case.

She recently stopped by the Petersburg Police headquarters with a surprise.

“We know that police everywhere have to see somethings that are really hard to see, and we just wanted to thank you for the things that you do to keep our community safe,” said Burns.

Burns presented the officers with cookies and gift cards for all that they do.

“We were really, really hurt by what you guys had to see and you know when you went home to see your families, you probably hugged them a little tighter that night,” she explained.

Burns also brought a stuffed animal for the infant who is still hospitalized.

Captain Emanuel Chambliss, who called the case one of the worst cases of child abuse he has encountered in his 30 years, says the child is doing better, but he is still on a ventilator.

“Detectives and patrol officers here in the agency are collecting funds to do something for the child for Christmas. We are concerned for his well being and we want to do something nice for him,” said Chambliss.

The child's mother and father were arrested and charged with aggravated assault, child endangerment, and other charges.