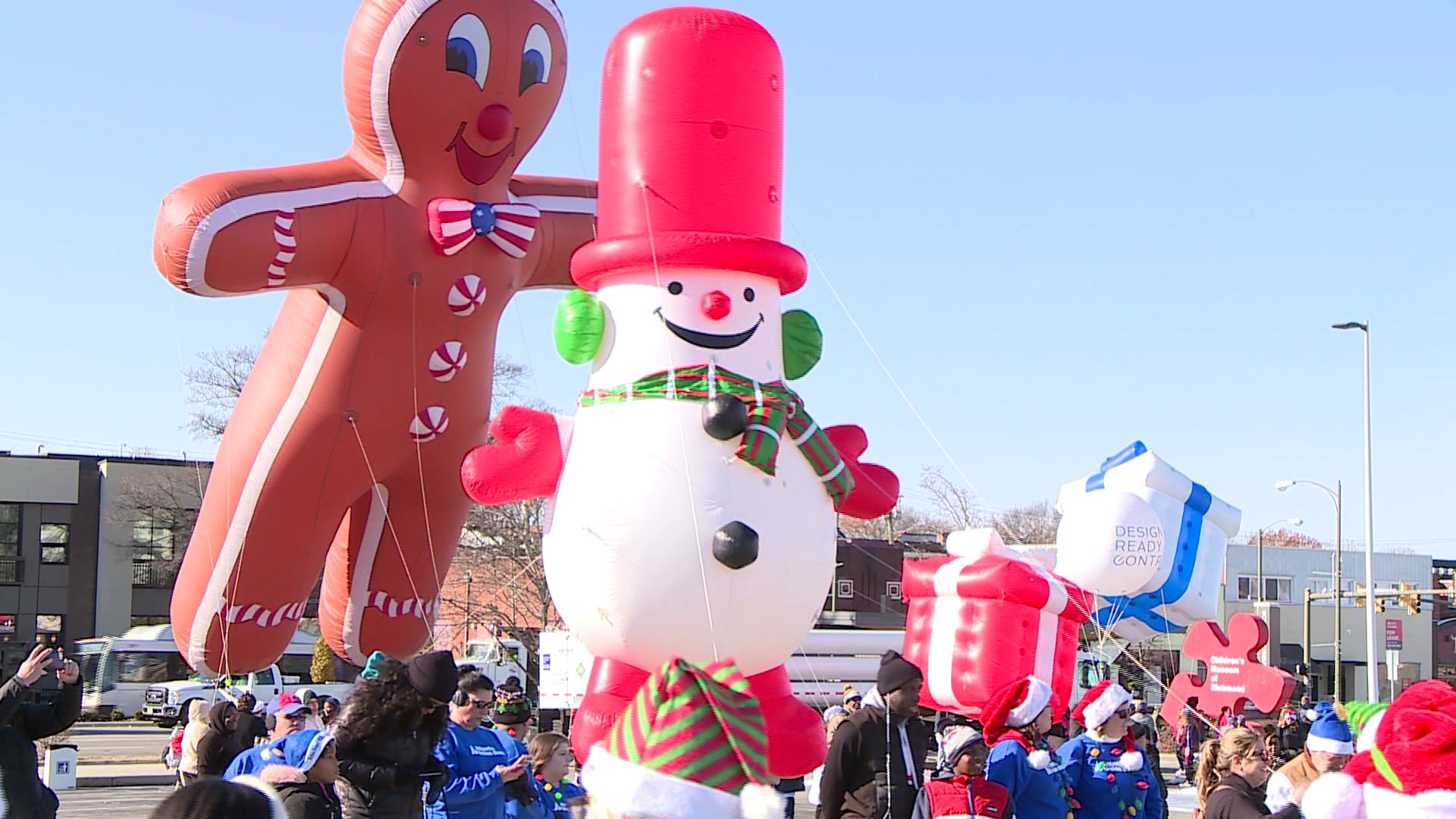 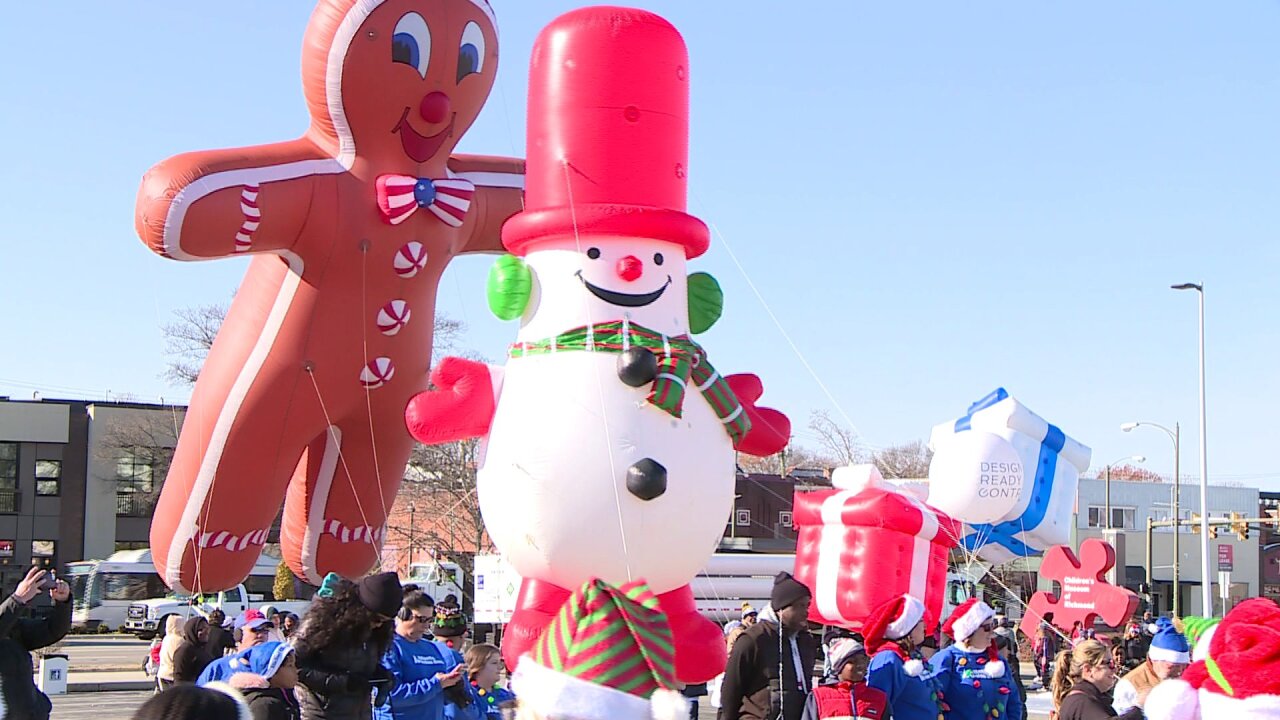 WTVR CBS 6 Photojournalist Janelle Pierangelino talked to folks along the parade route and created the above video report.

RICHMOND, Va. -- Despite some nippy temperatures, folks attending the 36th annual Dominion Energy Christmas Parade in Richmond called Saturday a "perfect day" for the iconic start to the holiday season.

Families lined between the Science Museum of Virginia and 7th Street to watch the more than 100 units,  including themed floats, giant helium balloons, college marching bands, costumed dancers, a military tribute, and Legendary Santa courtesy of Children’s Museum of Richmond.

"We're just here as a family enjoying the beautiful day," one man sitting in front of the Science Museum said. "Not a cloud in the sky. It's a perfect day for a parade."

The Coleman family said the parade has been a "family tradition for many years" and now a new member of their family is seeing it for the first time.

"I like this parade because there' so many instruments in it," one child said.

The floats, including the gingerbread man, were also a big hit with the kids.

"Ever since we've started going, the family has gotten bigger, the parade has gotten bigger," said a member of the Griswold family. "And really in life's busy schedule, it means we can press pause and enjoy time with family. And that is something we absolutely love about the Christmas parade."

In fact, the Griswold family said some of their relatives from Tampa were visiting Richmond specifically to see the Christmas Parade.

WTVR CBS 6 broadcast the parade live on television and streamed the parade on WTVR.com.