The beautiful way this man is honoring his grandfather, who was beaten to death in his wheelchair 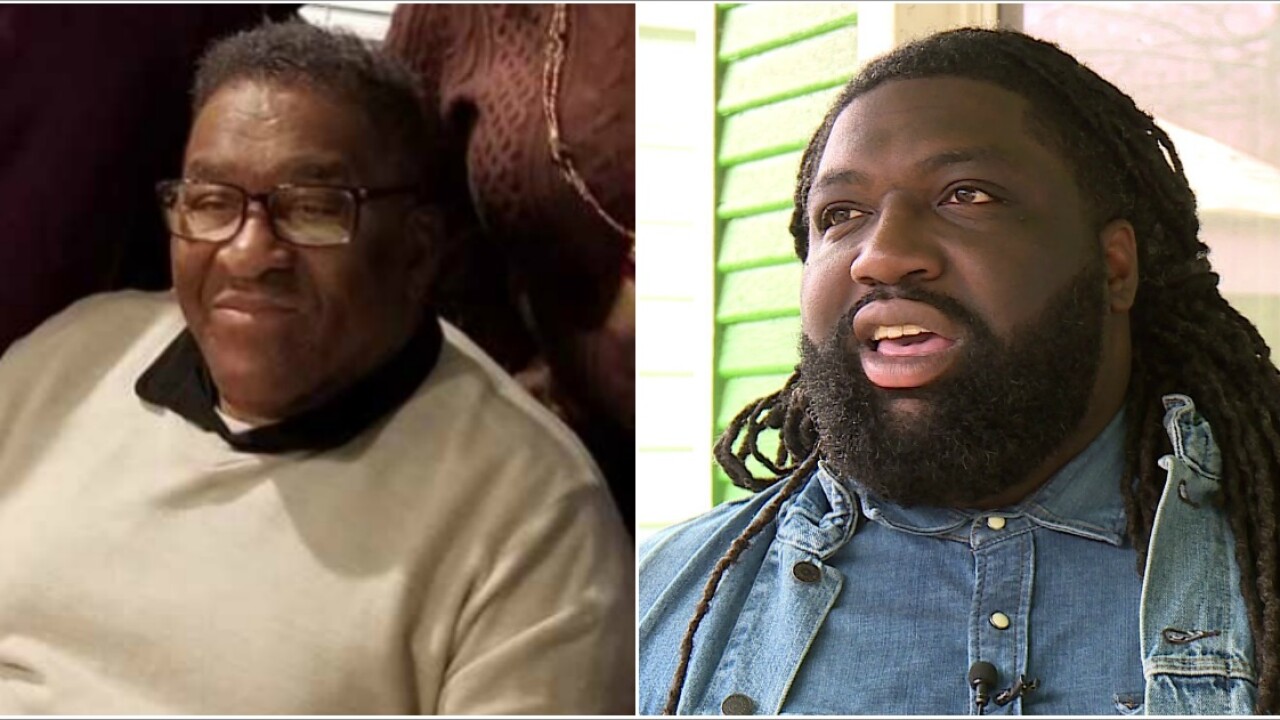 RICHMOND, Va. -- The grandson of the elderly man in a wheelchair who was beaten to death in his Broad Rock neighborhood is returning to the help revitalize the Southside street where the unthinkable happened.

Dwavon Battle, Johnny Battle's grandson, is determined to renew the block of Detacur Street his grandfather loved so much.

"It’s home," Dwavon said. "And I saw myself, after he passed, still coming to this block and sitting in front of his house and having a bad spirit."

That feeling prompted to Dwavon to have an epiphany about his granddad's home.

"It was an awakening for me that I wanted to pick up where he left in the community," Dwavon said. "And I want to help revitalize this area and give these children the same opportunity I had."

As a result, Dwavon said he is working to buy homes on Decatur Street to help renters become first-time homeowners.

Additionally, he is also working with city council to rename a street in his grandfather's memory.

Battle, father of four with multiple great-grandchildren, was often referred to as a mentor whose disability gave him the ability to touch the lives of everyone around him.

Click here if you would like to make a contribution or find out how you can help in the neighborhood.

Michael Kevin McReynolds of Chesterfield, the man who beat Battle to death behind his Decatur Street home in June of 2018, was sentenced for first-degree murder to 40 years behind bars with 12 years suspended.

Battle's long-term partner, Regatha Pair, told Crime Insider Jon Burkett in July of 2019 that while her soulmate is not physically with her, she carries his spirit 24/7 in her heart.

Even though Pair said the convicted felon hurled racial slurs with his fists and kicks, he was not charged with a hate crime.

The decision not to charge him did not sit well with her after she learned he had already been convicted of a hate crime towards an Asian man in 2003 in Vermont.

"First blow he hit Johnny in the forehead and called him the n-word and said something about it was his land and to stay away from his car, so I knew it was a hate crime then," Pair said.

McReynolds, a former military sniper, suffered from PTSD, according to his attorney.

Pair said that Battle would want her to forgive -- and that she said that she's working on it.

"Hatred is like a disease... it hurts those who carry the hate. I hope he has time to think and change his, you know, view," she said.

Pair said she thinks the judge did the best they could with the sentencing guidelines, but she just wishes it was charged differently, so the other crimes could have come into play.