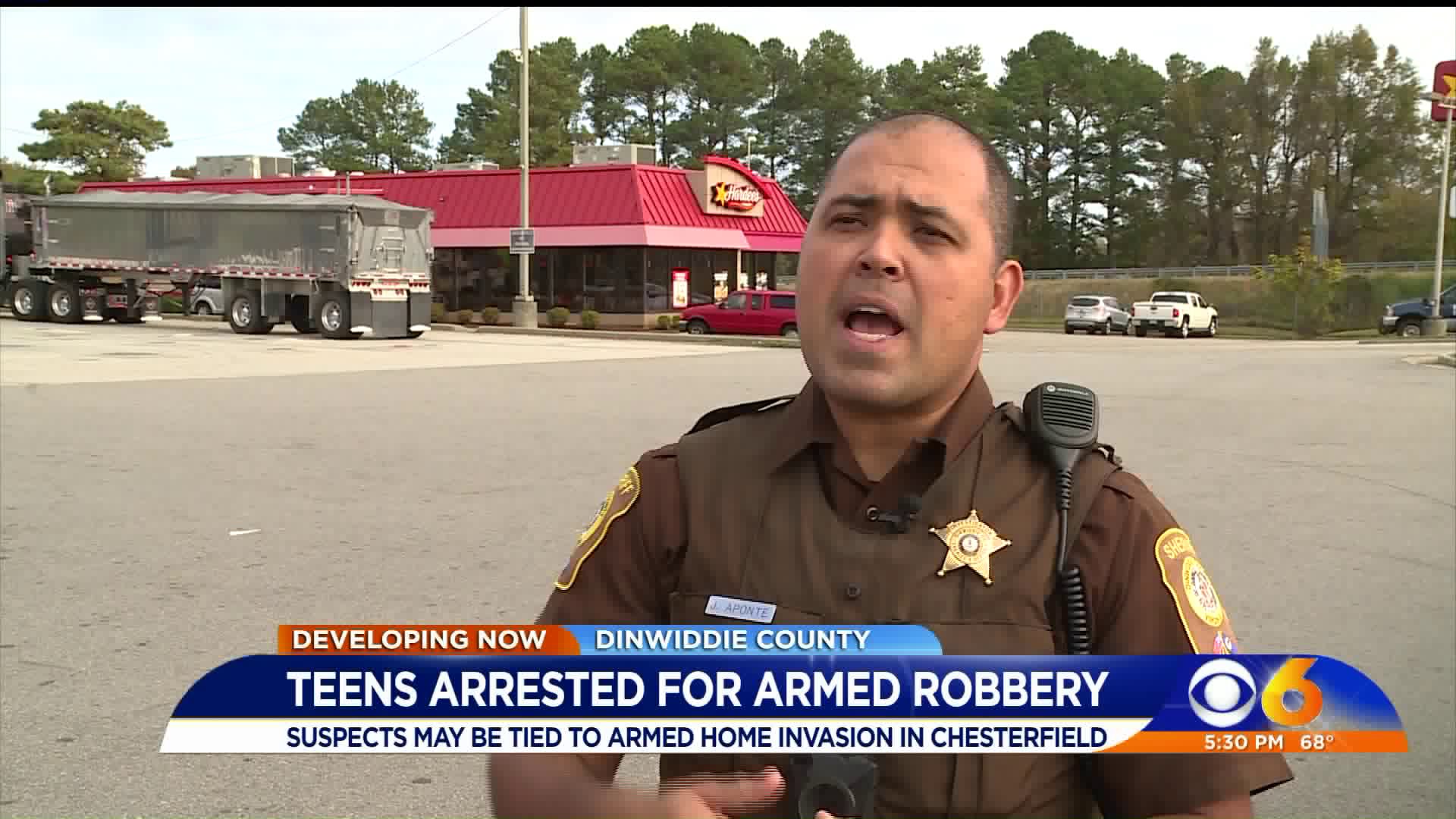 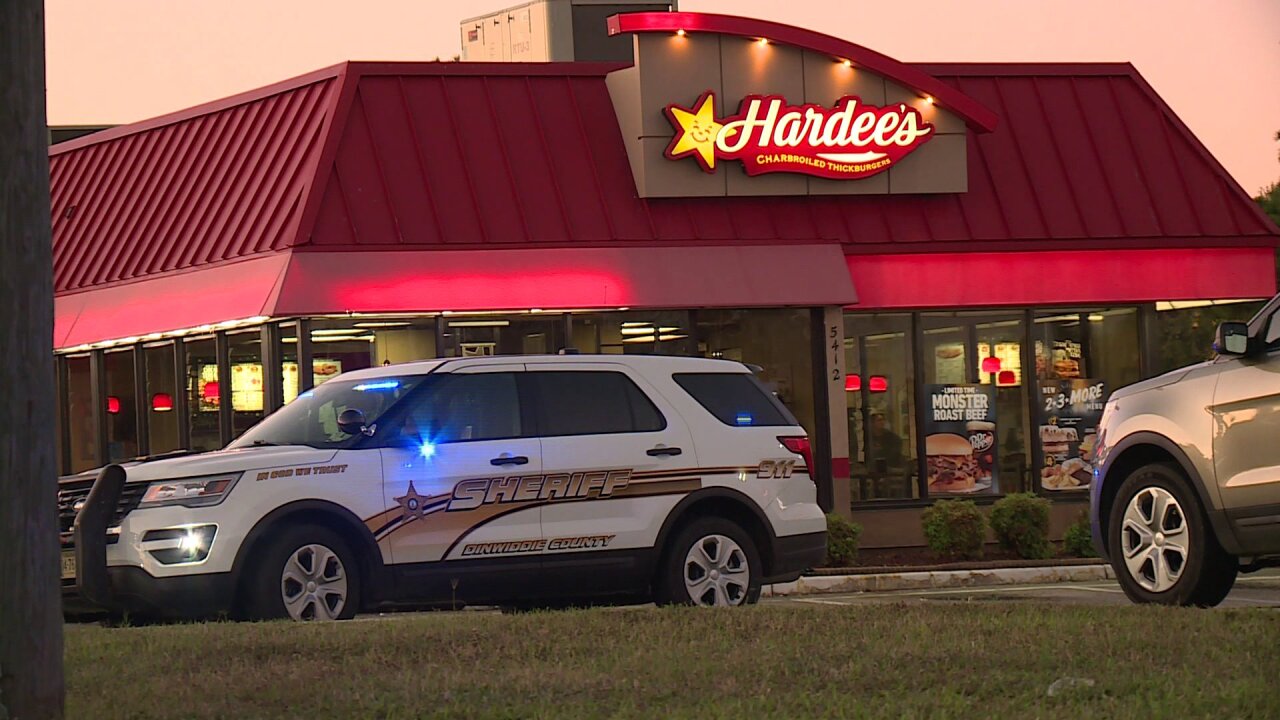 DINWIDDIE COUNTY, Va. -- Four juveniles have been arrested for an alleged armed robbery in Dinwiddie County and they may soon be facing charges in Chesterfield County for an alleged home invasion.

Dinwiddie Sheriff's Investigator James Aponte' said the juveniles are all 16 and 17 years old. He said three of the four went inside the Hardee's on Route 1 in Dinwiddie County on Wednesday, October 23.

"One individual came in with a mask on and brandished a weapon," said Aponte'.

Once inside, investigators say the gunman approached the counter, one suspect was at the counter, the other one was sitting in the background. Once the cashier opened the register, the suspect grabbed the money and the three took off, deputies say.

"The three individuals ran from the business and started running southbound through local businesses," said Aponte'.

Using the store's surveillance video, investigators spotted the suspect vehicle. a red Saturn Vue, circling the area before picking up juveniles and leaving the area.

Chesterfield County police detectives contacted Dinwiddie about the red SUV since that was the vehicle seen leaving a home invasion, about an hour before the Hardee's robbery.

Police said two teenagers were inside a home along the 20000 block of Oak River Court in the Eagle Cove neighborhood, when two suspects kicked down a door and took various items from the home. Police said no one was injured.

"The suspects in the case have been identified and charges are pending. The investigation is ongoing and we are working with our partners with the Dinwiddie Sheriff's Office with the investigation."

The four teens are each charged with two felonies robbery and conspiracy to commit robbery in Dinwiddie County.

Dinwiddie Investigators say the gun used in the Hardee's Robbery has not been recovered.

"If somebody has possession of that weapon, contact the Sheriff's Office and turn it in, anonymously if need be, but we would like to get that weapon back," said Aponte'.