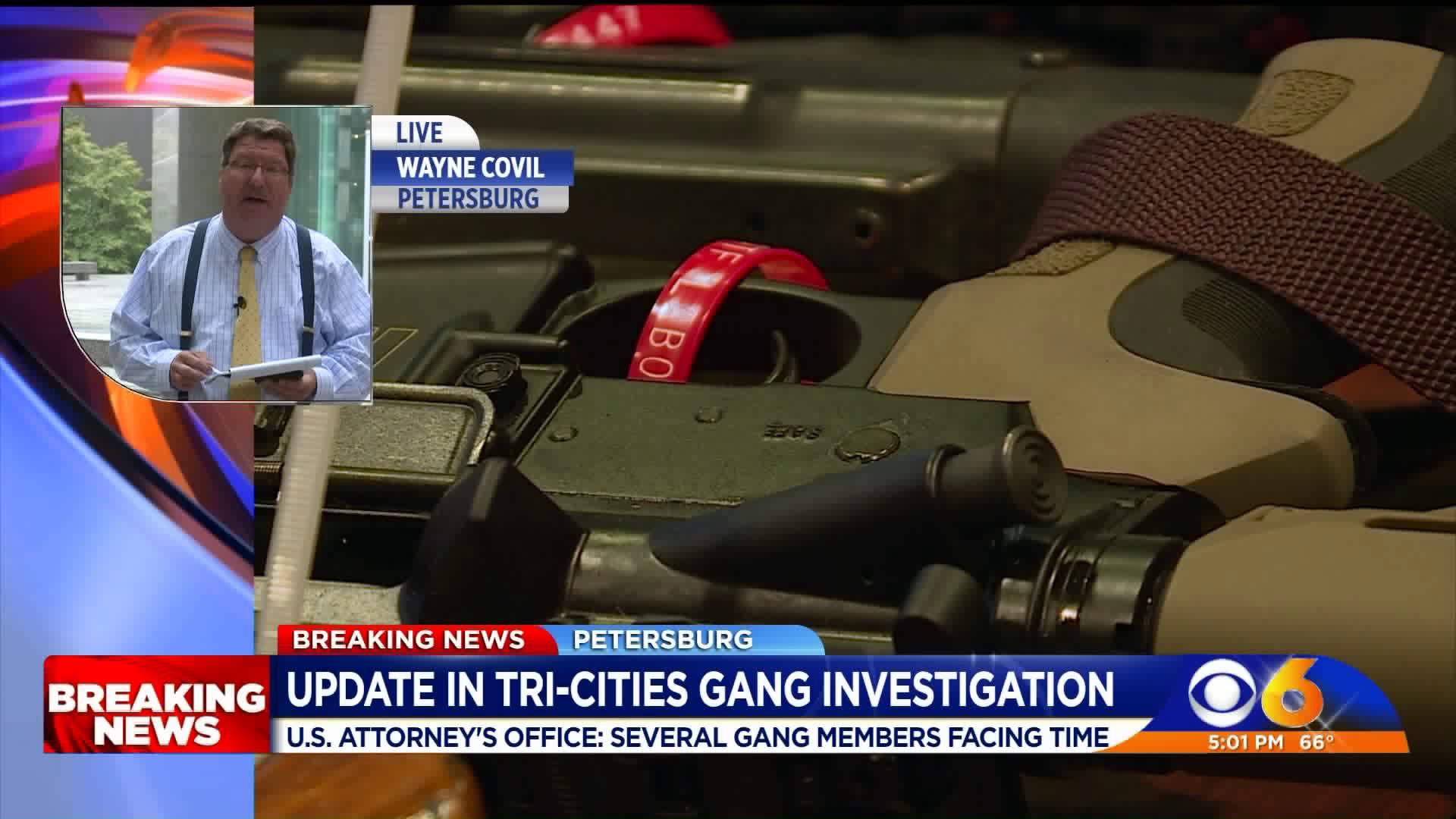 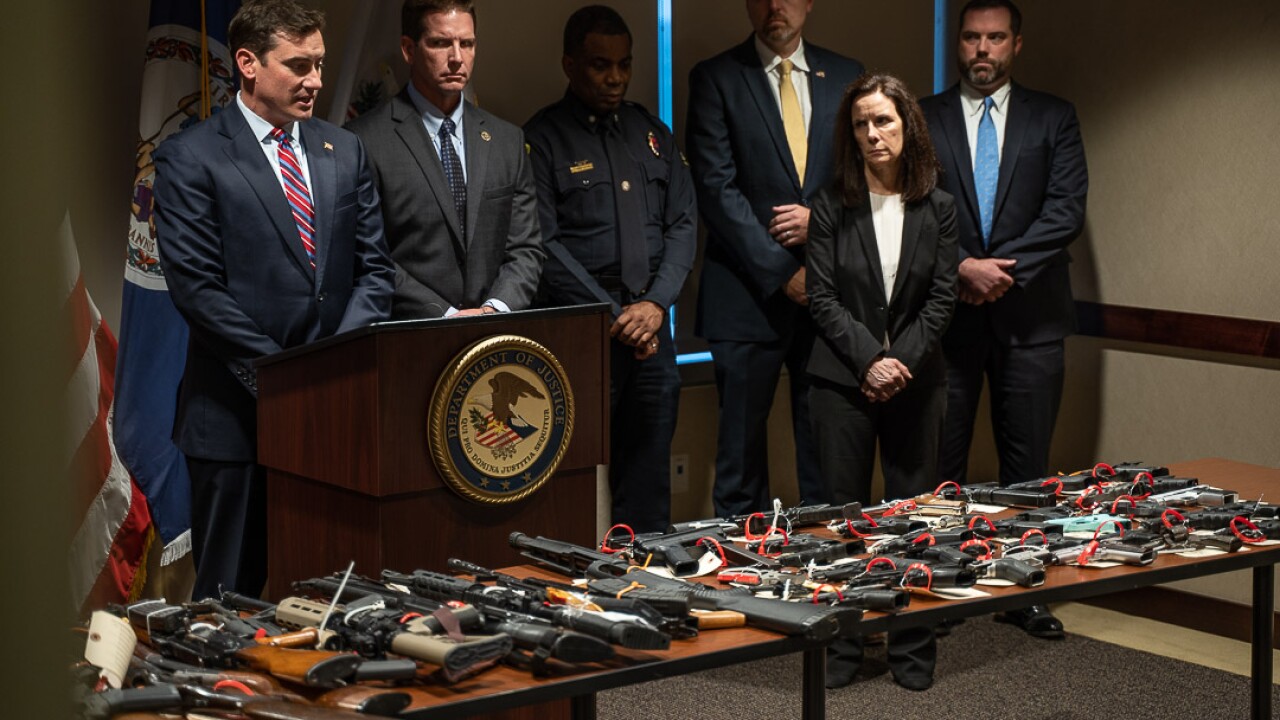 RICHMOND, Va. – Federal and local law enforcement announced a major drug and gun trafficking operation in Petersburg has put eight gang members in prison and taken dozens of guns off the street.

Eight members of the High Society Hit Squad (H$2X) were arrested in March. To this date, the members have been sentenced from 18 to 192 months in prison.

“Gang members and associates of the High Society Hit Squad are responsible for pushing poison through the veins of that community, infecting their own and praying upon their neighbors,” said G. Zachary Terwilliger, U.S. Attorney for the Eastern District of Virginia.

“In the midst of an opioid crisis, this gang thought nothing of pushing heroin and fentanyl to a community already on the brink just to line their own pockets.”

Tuesday, Miles “Buc J” Johnson, 39, was sentenced to more than 12 years in prison for conspiracy to distribute one kilogram or more of heroin. 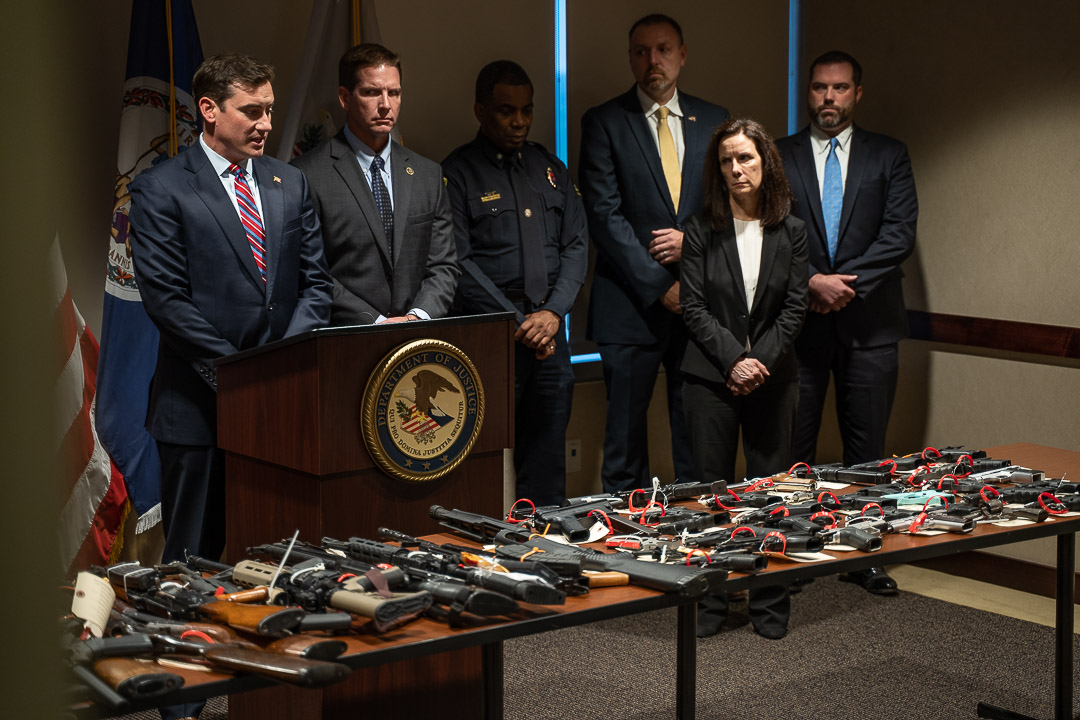 Between March 2017 and February 2019, the investigation revealed that Johnson had distributed between one and three kilograms of heroin in the Petersburg metropolitan area and elsewhere, according to court documents.

“My top priority is the safety of the citizens of Petersburg and cleaning up our streets,” said Kenneth A. Miller, Director of Public Safety, Petersburg Bureau of Police.

During a March 2019 raid, more than 150 federal agents descended on Petersburg and executed search warrants for gun and drug trafficking. Seven of the defendants were arrested and more than 60 guns were recovered.

“This investigation highlights ATF's partnership with Petersburg Police and our commitment to making our communities safer,” said Ashan M. Benedict, Special Agent in Charge of the ATF Washington Field Division.

Authorities say more arrests are expected as ATF agents continue to operate in Petersburg alongside police.

Below is a list of all the defendants charged in this investigation:

Sale or Disposal of a Firearm to a Convicted Felon; Distribution of Cocaine

Distribution of Heroin and/or Fentanyl; Sale or Disposal of a Firearm to a Convicted Felon

Distribution of Heroin and/or Fentanyl

Possession of a Firearm/Ammunition by a Convicted Felon

Aiding and Abetting the Distribution of Heroin