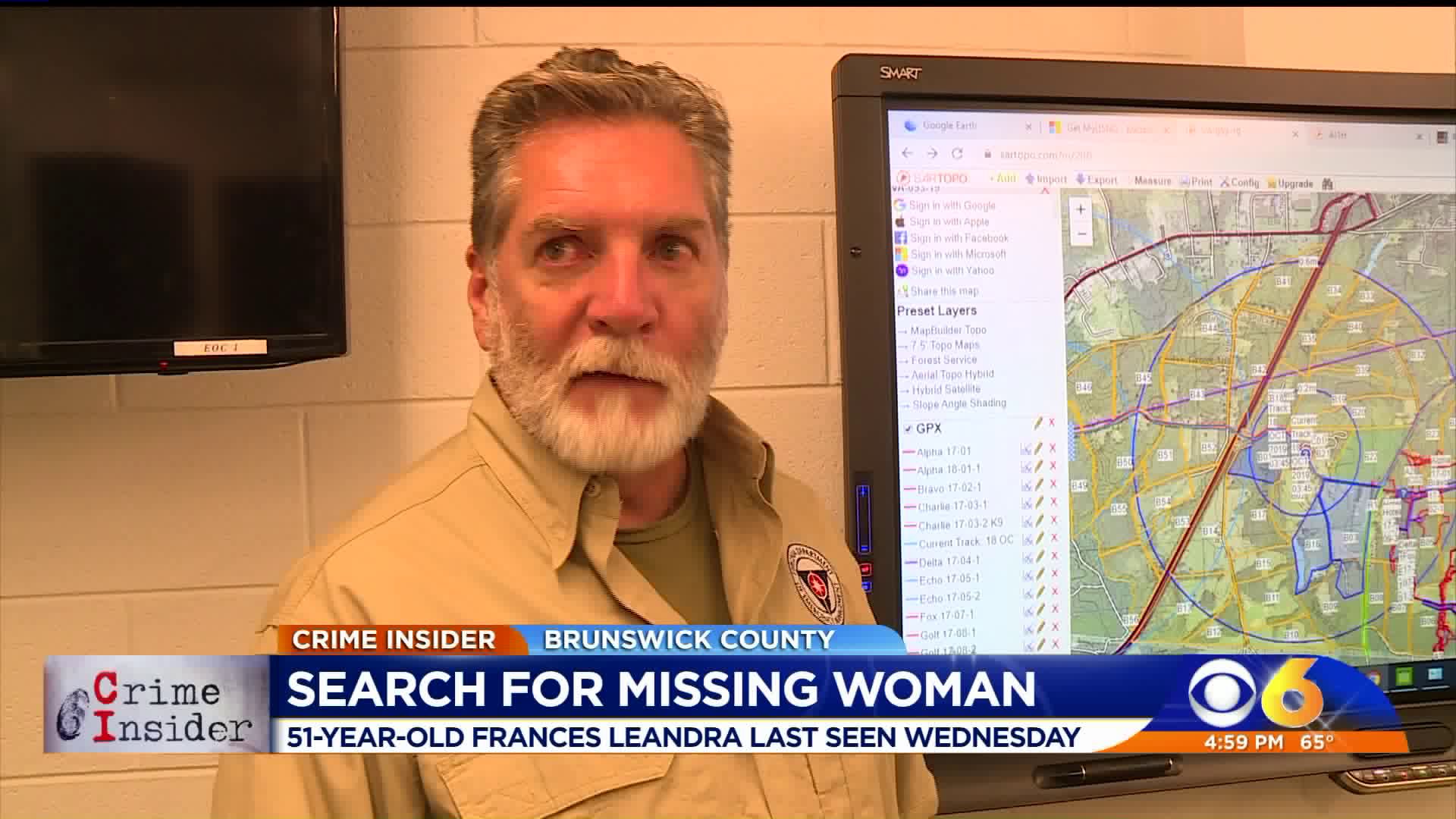 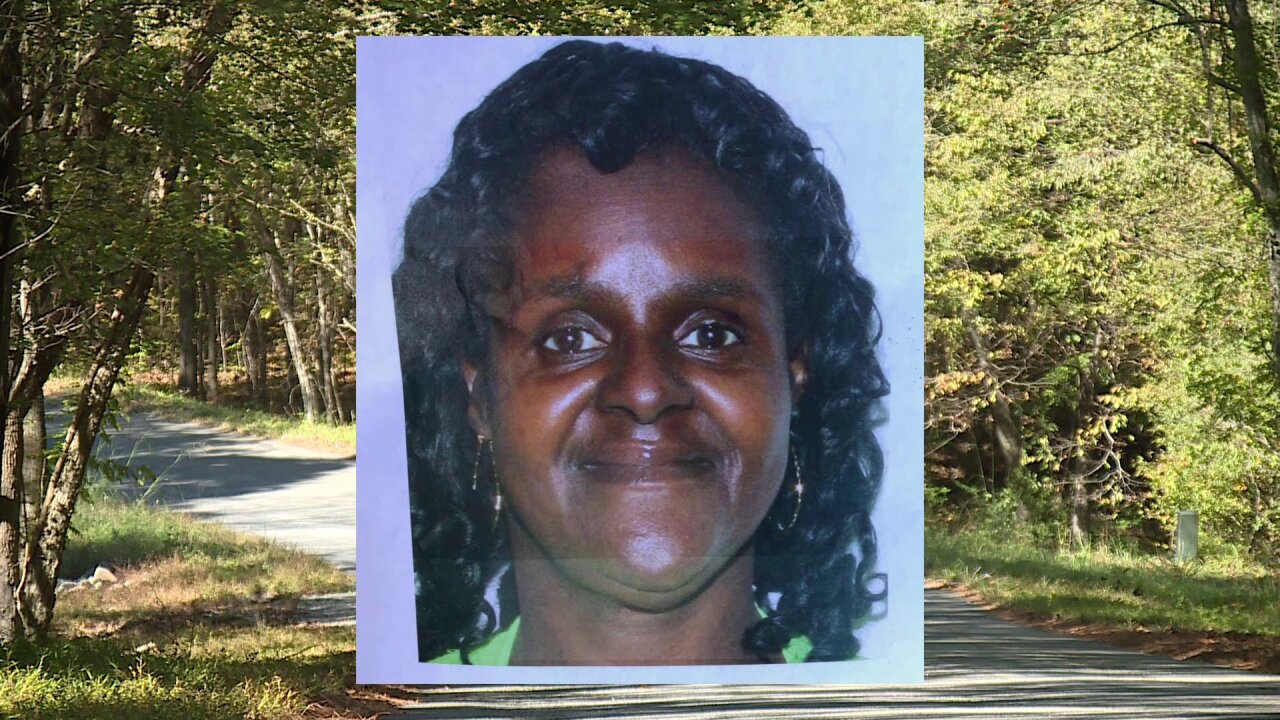 BRUNSWICK COUNTY, Va. -- Frances Leandra Colbert has been missing for two days and family members say they fear for her safety due to a history of heart problems.

Frances’ son Brandon said his mom suffered a seizure early Tuesday morning. He said he stayed with her throughout the day and last saw her Tuesday night.

Deputies say Frances exchanged text messages with her son Wednesday, October 16, but Brandon says when he called her later in the day there was no answer.

The 51-year-old Brunswick County woman is known as a homebody, so vanishing has her son very concerned.

"My fear is to find her not responsive. That’s my fear," said Brandon.

Brunswick County Sheriff’s deputies, Lawrenceville Police officers, and Virginia State Police are searching for Frances by air and one the ground.

Investigators believe the 51-year-old woman walked away from her home Wednesday.

Emergency management officials with help from a state police chopper and several bloodhounds are sending search teams to areas where they think Frances may be.

"We have to talk to each other. I mean communication is key so we aren't duplicating efforts so you can see we are at a unified command at one table working at this thing together," said a Virginia Emergency Management official.

"Of course, with the more that time passes you try to keep hope up as much as you can. The search and rescue teams that have been here have been unbelievable. They keep up at a pretty hectic pace," added Lawrenceville Police Chief Everett Gibson.