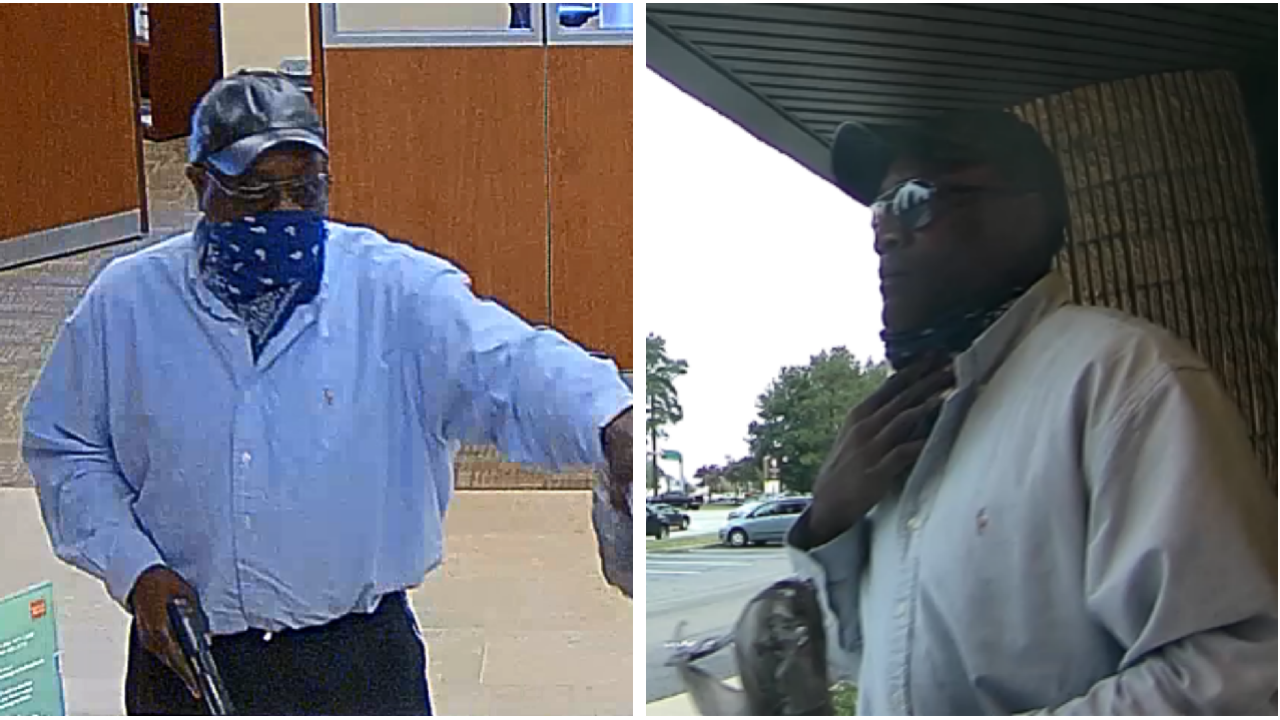 CHESTERFIELD COUNTY, Va. — The FBI is now offering a reward of up to $5,000 for information leading to an arrest and conviction of a Chesterfield County bank robbery suspect.

Just after 10 a.m. officers were called to the bank for a report of a robbery. Police said the man walked up to a teller, pulled out a black handgun and demanded money. 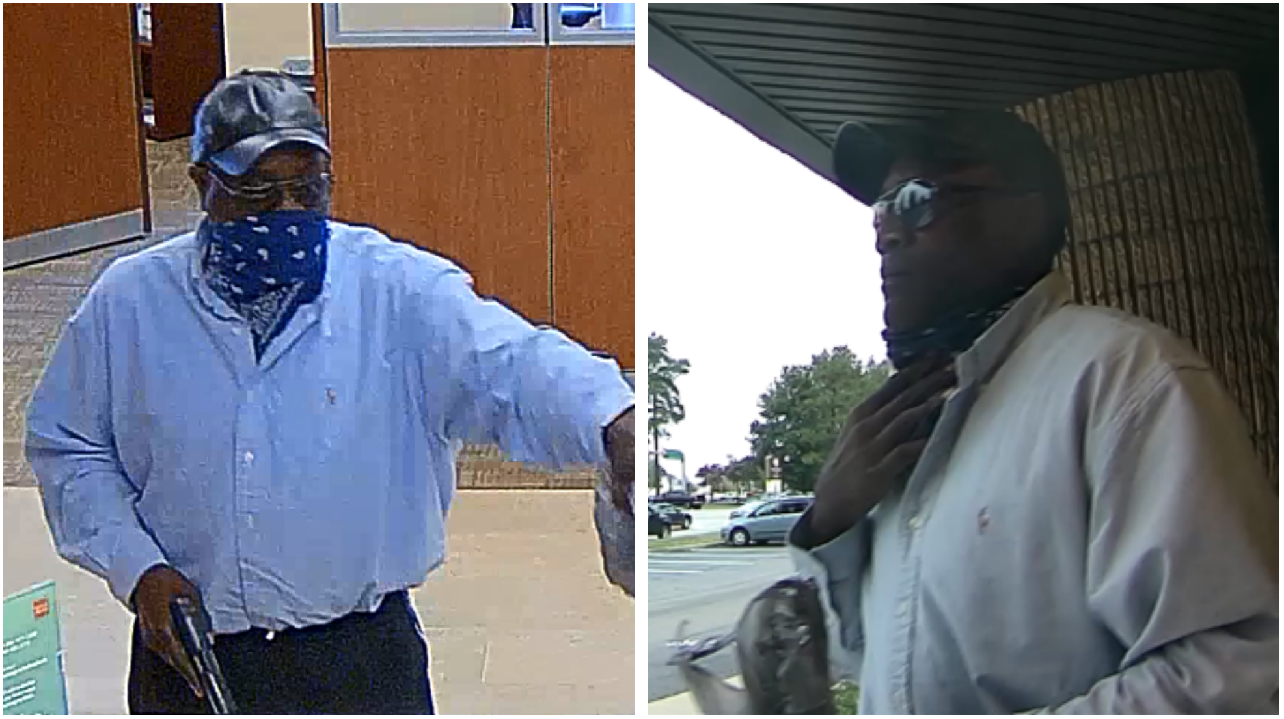 After the teller complied, the suspect ran off after receiving an undisclosed known amount of cash, officials said.

During the bank robbery, he wore a light blue Oxford-style shirt, a black ball cap, dark pants with a stripe, sunglasses, and a black/blue bandana covered part of his face, according to police.

Investigators encourage those with information to contact the Richmond Division of the FBI at 804-261-1044 or via TIPS.FBI.GOV.