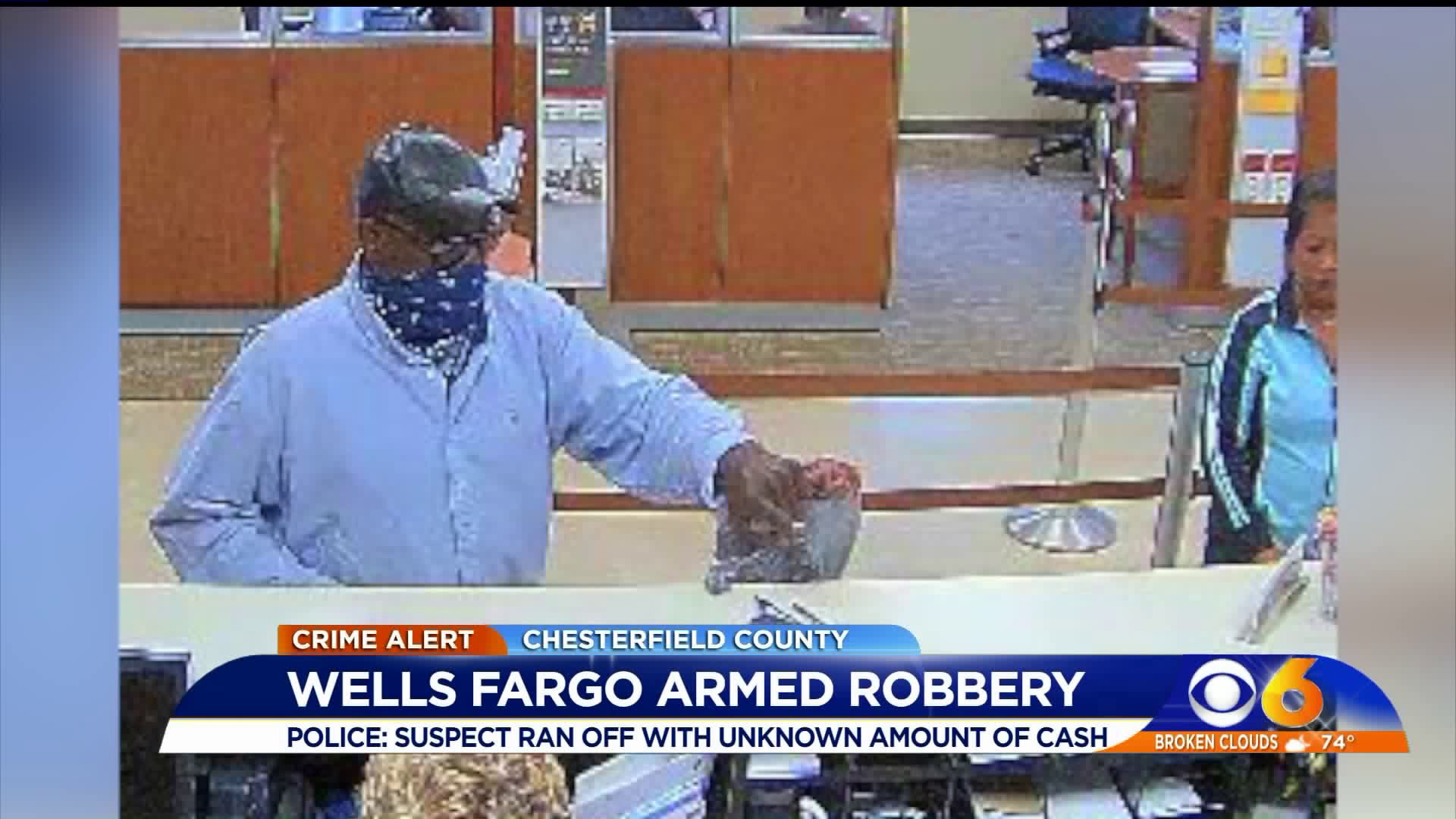 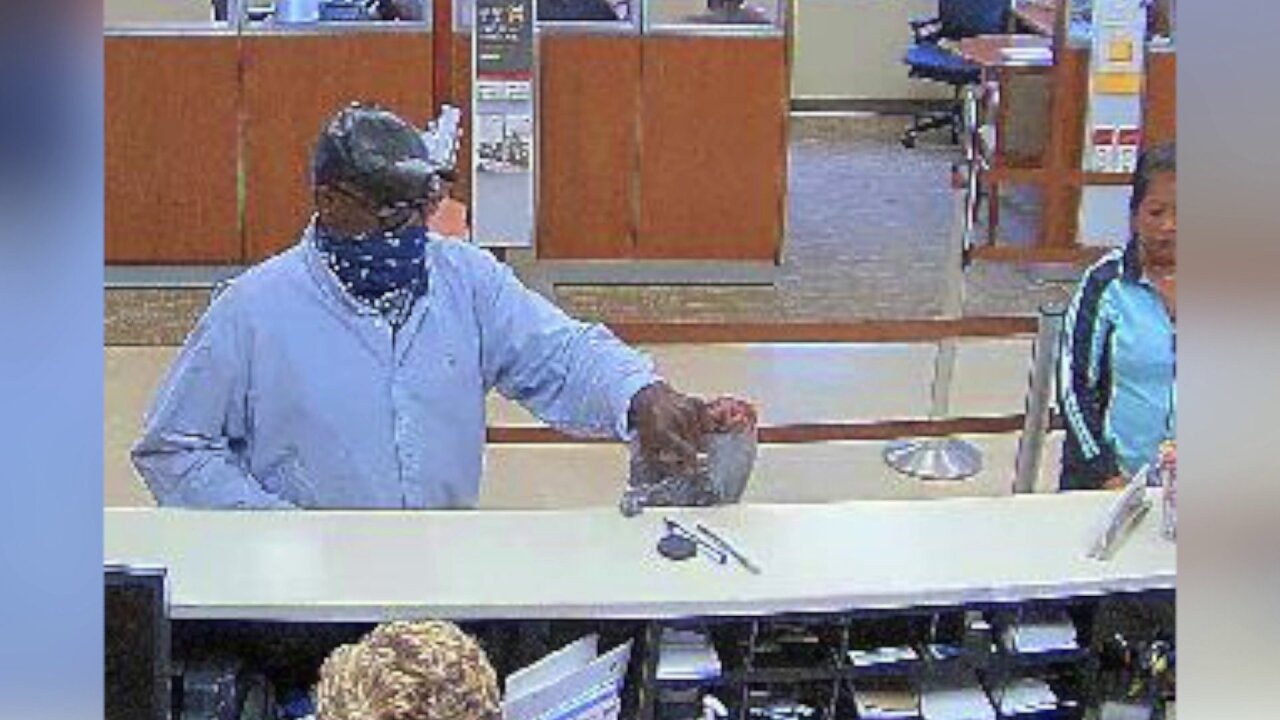 CHESTERFIELD COUNTY, Va. -- Police are asking for the public's help to identify a man wanted for robbing a bank in Chesterfield County Saturday morning.

Officers were called to the Wells Fargo at 10831 Midlothian Turnpike for a report of a robbery just after 10 a.m.

Police said the man walked up to a teller, pulled out a black handgun and demanded money.

He ran off after receiving an undisclosed known amount of cash, officials said.

Police described the suspect as a black man in his late 40s to early 50s about 6 feet 1 inches tall with an average build.

His mouth was covered with a scarf and he was wearing a baseball cap, black joggers and a light blue long-sleeve dress shirt. 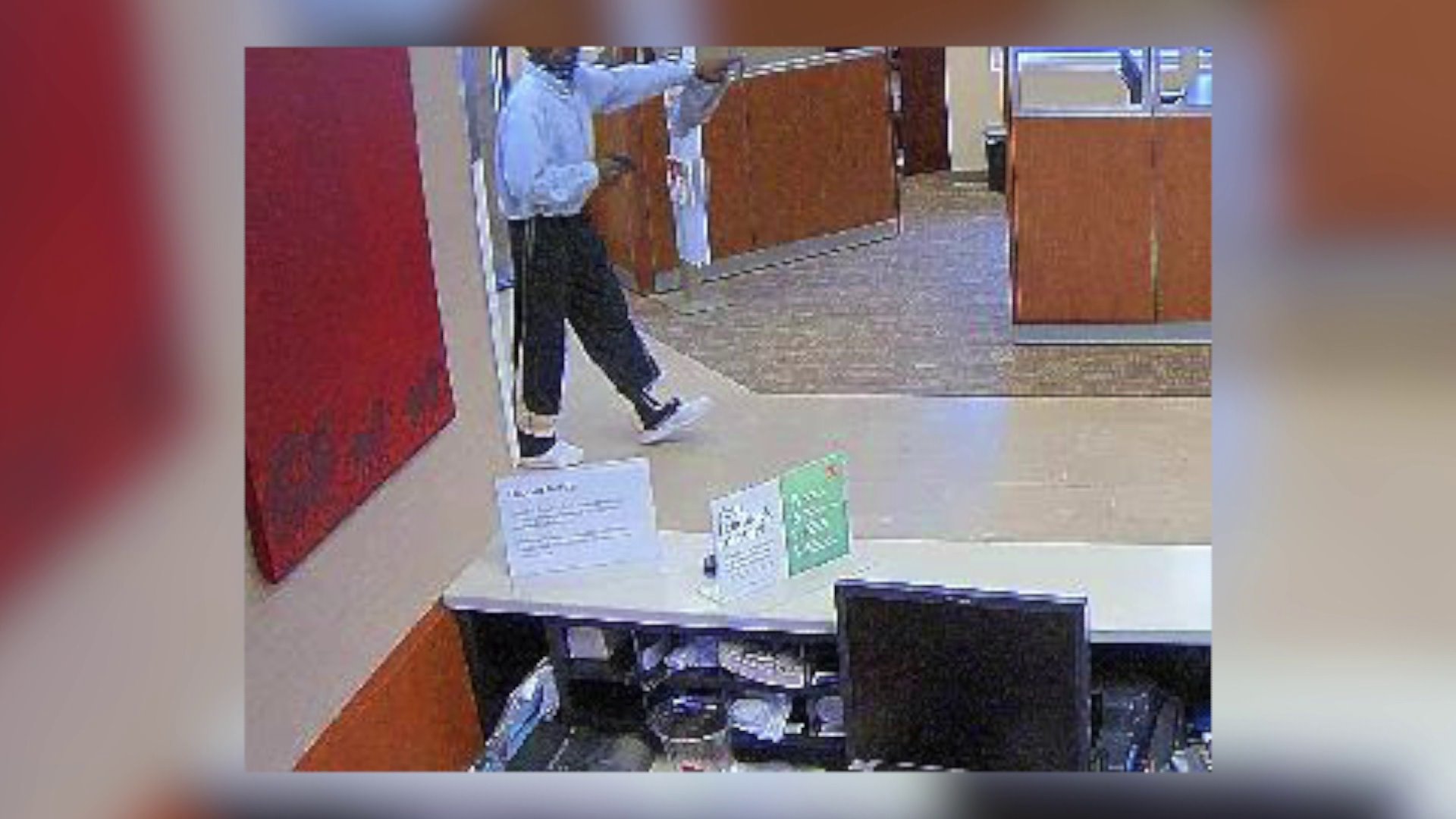