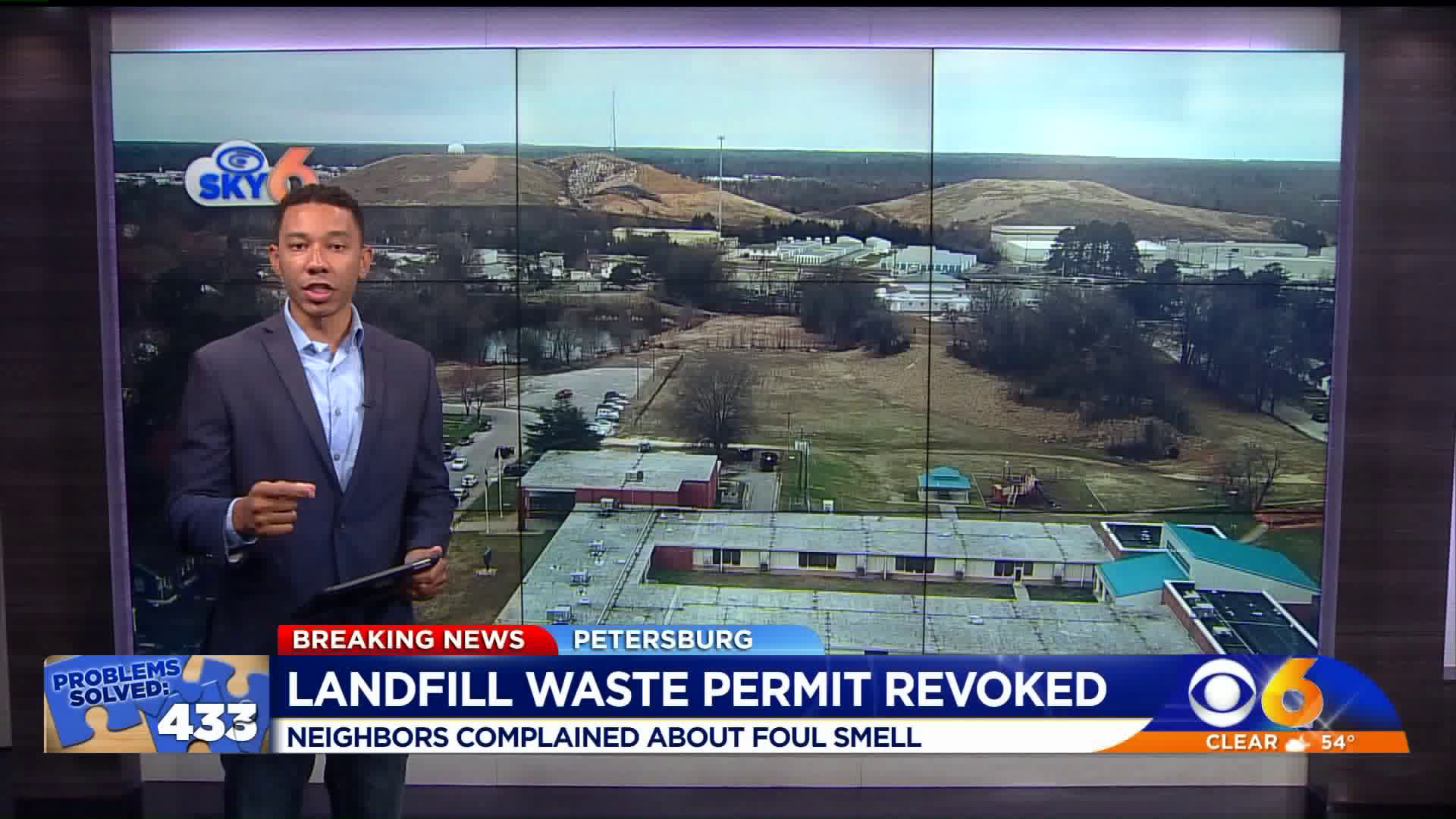 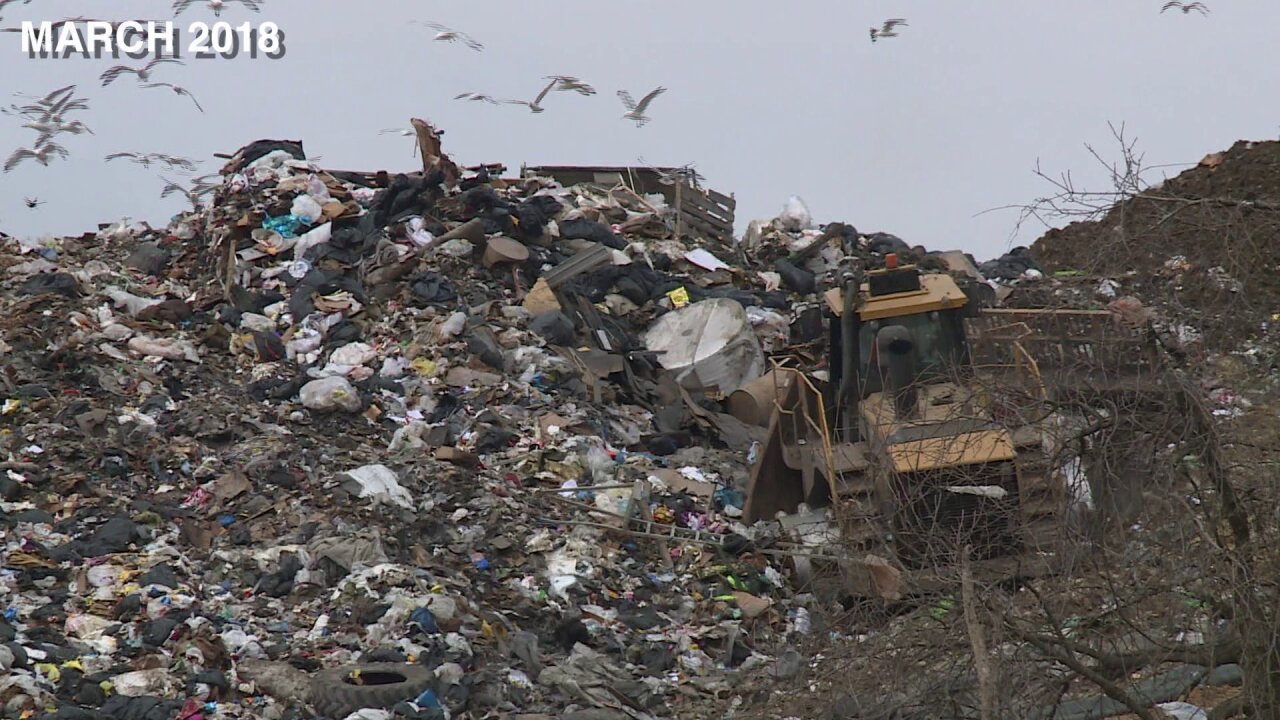 PETERSBURG, Va. -- Nearly a year after a lawsuit was filed against Container First Services (CFS), the Virginia Department of Environmental Quality (DEQ) notified CFS that they have revoked their Solid Waste Facility Permit to operate the Tri-City Regional Disposal and Recycling facility in Petersburg.

DEQ said the decision came after a hearing was held in June.

Back in 2018, a CBS 6 Problem Solvers investigation found that between since January 1 and the beginning of March, the DEQ received at least 17 complaints from about a dozen different people regarding the landfill's foul smell.

Colonial Heights Mayor Greg Kochuba and Petersburg Director of Public Works and Utilities Tangela Innis said they get many complaints about the Petersburg landfill.

"One of the complaints the citizens have is the smell of the landfill and how high it is," Innis told CBS 6.

According to the DEQ, the facility is no longer permitted to accept solid waste in accordance with DEQ regulations.

“These violations, as well as previous issues covered in Consent Orders issued by the Waste Management Board to CFS, represent a pattern of serious and repeated abuse,” said DEQ Director David Paylor in a release. “The Commonwealth of Virginia has made it clear that non-compliance like this will not stand.”

The DEQ said the permit is reissued for the limited purpose of closure and providing post-closure care of the Tri-City facility.

CFS has the right to appeal pursuant to Virginia law.