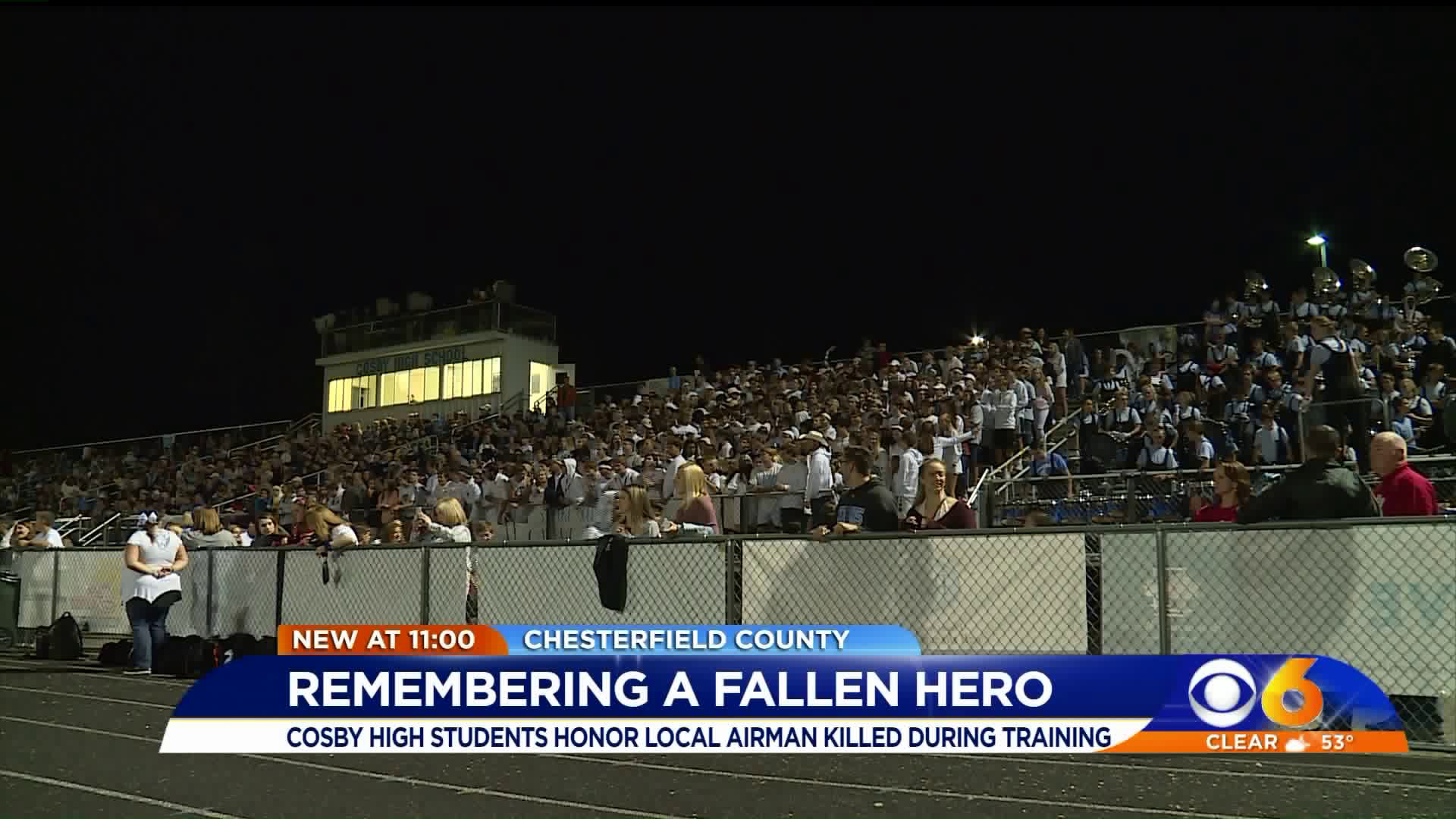 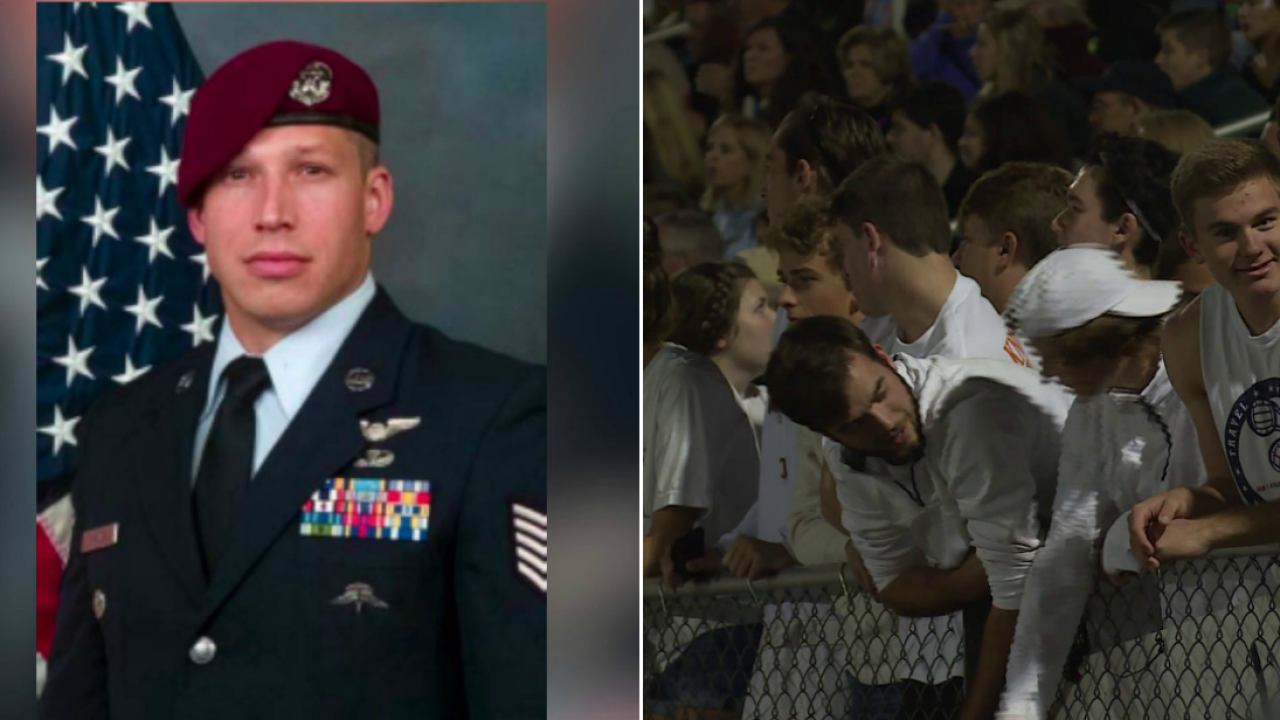 MIDLOTHIAN, Va. -- As the crowd at Cosby High School in Chesterfield cheered on the Titans for their homecoming football game, some cheered to honor a fallen hometown hero.

Kraines graduated from Clover Hill High School, but students at Cosby said he was still like family.

"When I heard that Peter died, immediately [I] thought of two things that were important to him: Jesus Christ and his country," organizer Joe Combs said. "So I immediately thought we should try and change this game to a red white and blue out to honor him and show his family that we're here as a community to support them."

Most students were packed in a sea of white Friday instead of red white and blue due to prior homecoming planning. But some still showed their American spirit.

"I felt that even though he didn't go here, it's important for a community to come together and show that they are always there to support them even during these hard times like this," Combs explained.