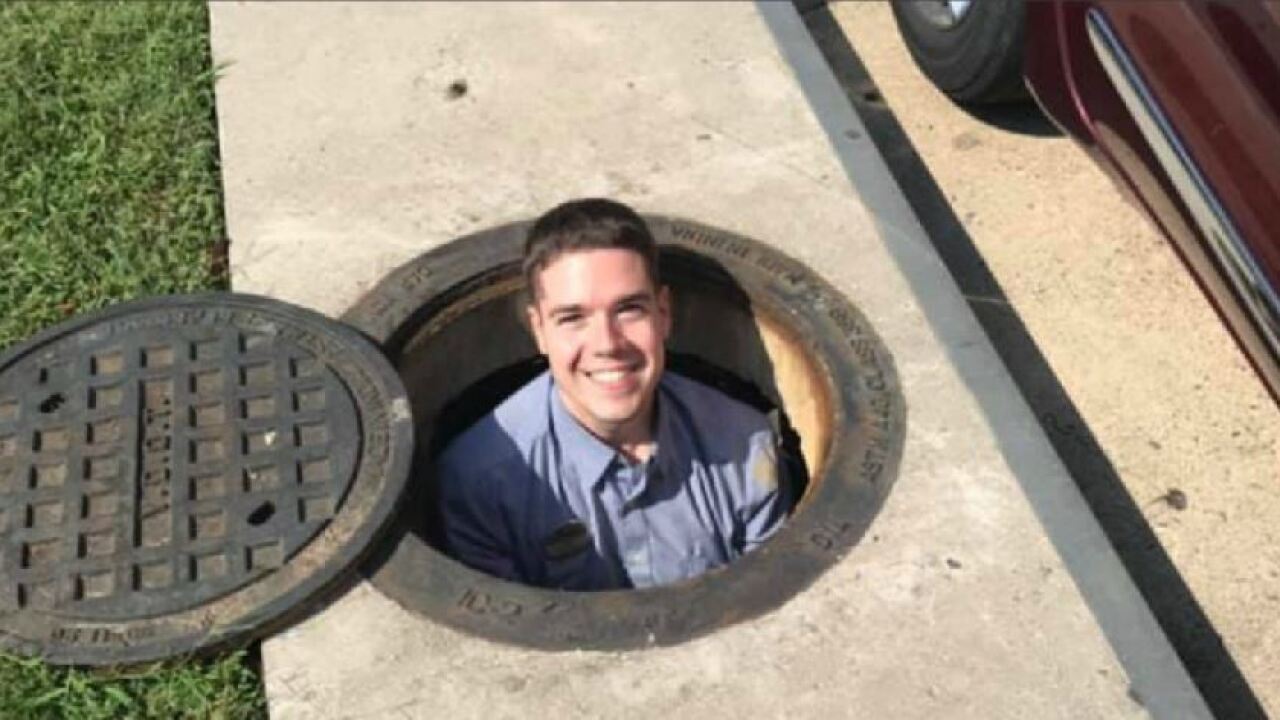 FREDERICKSBURG, Va. — Chick-fil-A workers are known for their great customer service. Remember the Chesterfield worker who sprinted across the parking lot to complete a customer’s drive-thu order?

The latest example comes from the Fredericksburg area where a Chick-fil-A worker went underground for a customer in need last week.

“I have the worse luck,” Shauna Hall posted in a now viral Facebook post. “I’m serious, if it can happen, it will almost always happen to me.”

Hall went on to describe the situation.

She parked at Chick-fil-A on International Parkway in Fredericksburg and as she moved to help her son out of her van, her iPhone fell right into a storm drain.

The iPhone she said she just paid off.

“I go in and ask for a manager. The manager comes over to talk to me and is very friendly, but unsure how to help,” she said. “Just then another employee behind her said he was going to grab a grab-stick and a mirror to try and help.”

That plan was not successful. Neither way their plan to call the county for help. But the worker, later identified as Seth, was not ready to give up.

“We get the idea to go back out and call my phone to see if we can hear it,” Shauna posted. “But just before he makes the call, we notice the manhole cover over top the drain is not bolted.”

Seth cut his finger in an attempt to lift the heavy cover.

“After running in quickly to clean the wound, he is able to remove the cover and there at the very bottom of the drain hole is my phone,” she said. “After trying to reach it with his grab-stick, then dropping his stick, he tells me it’s a manhole for a reason and he is going down. He then climbs down into the hole and retrieves my phone which miraculously is not broken or wet.”

“Not only did he slice his finger and was filthy from laying on the ground and climbing in the hole, I find out he had actually just gotten off shift and was still willing to help me,” she said. “He is also now my hero and favorite Chick-fil-A employee. As he was about to climb out of the hole he asked me to snap a picture so he could show his girlfriend what he did at work.”