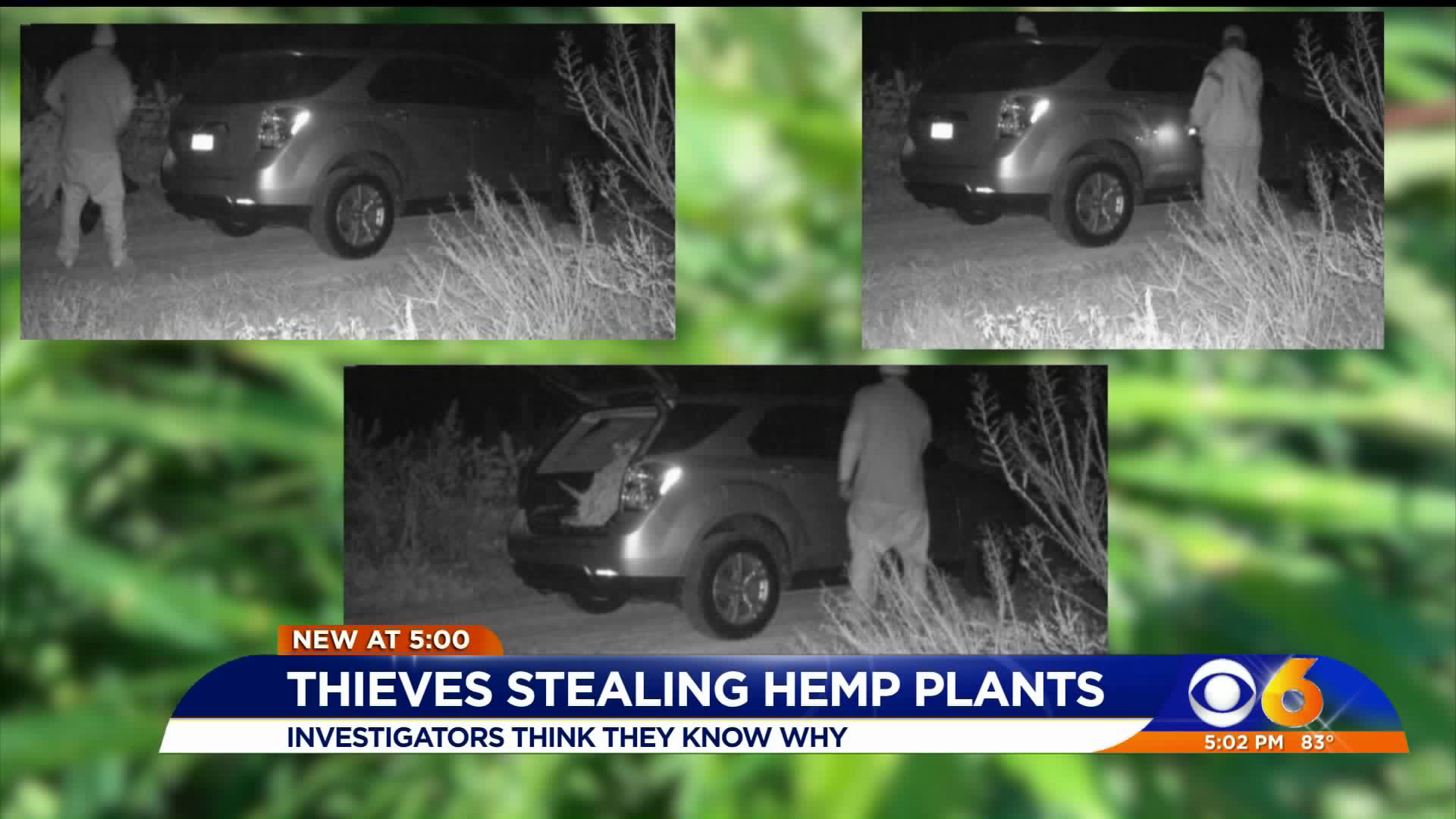 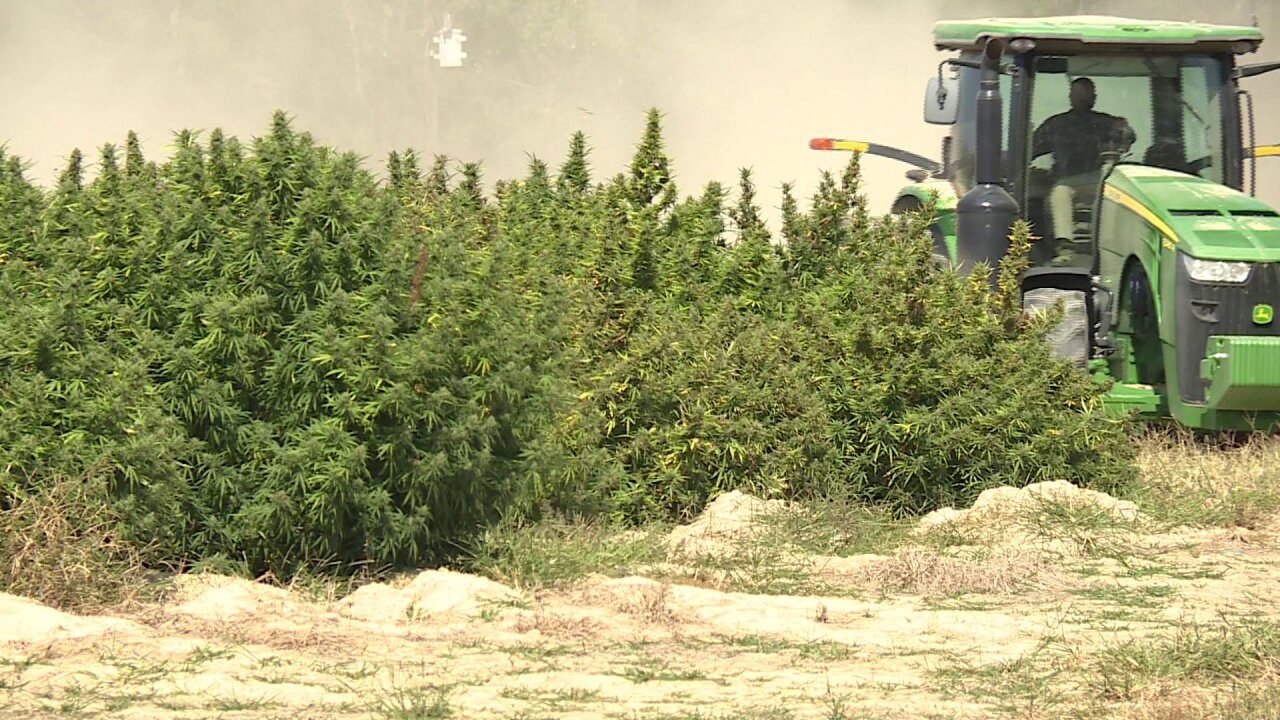 BRUNSWICK COUNTY, Va. -- Just weeks away from the first-time hemp will be harvested in the Commonwealth of Virginia, hemp fields have become the target of thieves.

"To have someone come take away what you worked for all summer, is very frustrating," said Clary.

"I've had an investigator and a patrol deputy sitting on the field now for the last three nights," he explained.

Thursday night, it paid off.

Investigators sitting in the field arrested a would-be thief at approximately 11 p.m. But while investigators were processing the suspect, two more suspects were caught on surveillance cameras loading up hemp plants.

"At 3 a.m., we've got another guy or two guys on an SUV that were cutting the hemp product and filling up the back of an SUV," said Roberts.

"The amount of plants that we're taken, you know, we're getting in the thousands of dollars and that's a lot of money," said hemp farmer Jason Clary.

While some think the thieves may be trying to smoke the plant like marijuana, law enforcement officials have a different theory.

"The latest intel we're getting is that people are taking the hemp because it smells the same, it aesthetically looks the same and they're blending it with some marijuana," said Roberts.

By cutting the marijuana with hemp, law enforcement says the bad guys are making a bigger profit. But it's coming at a cost. Dinwiddie, Greensville and Brunswick deputies are making arrests.