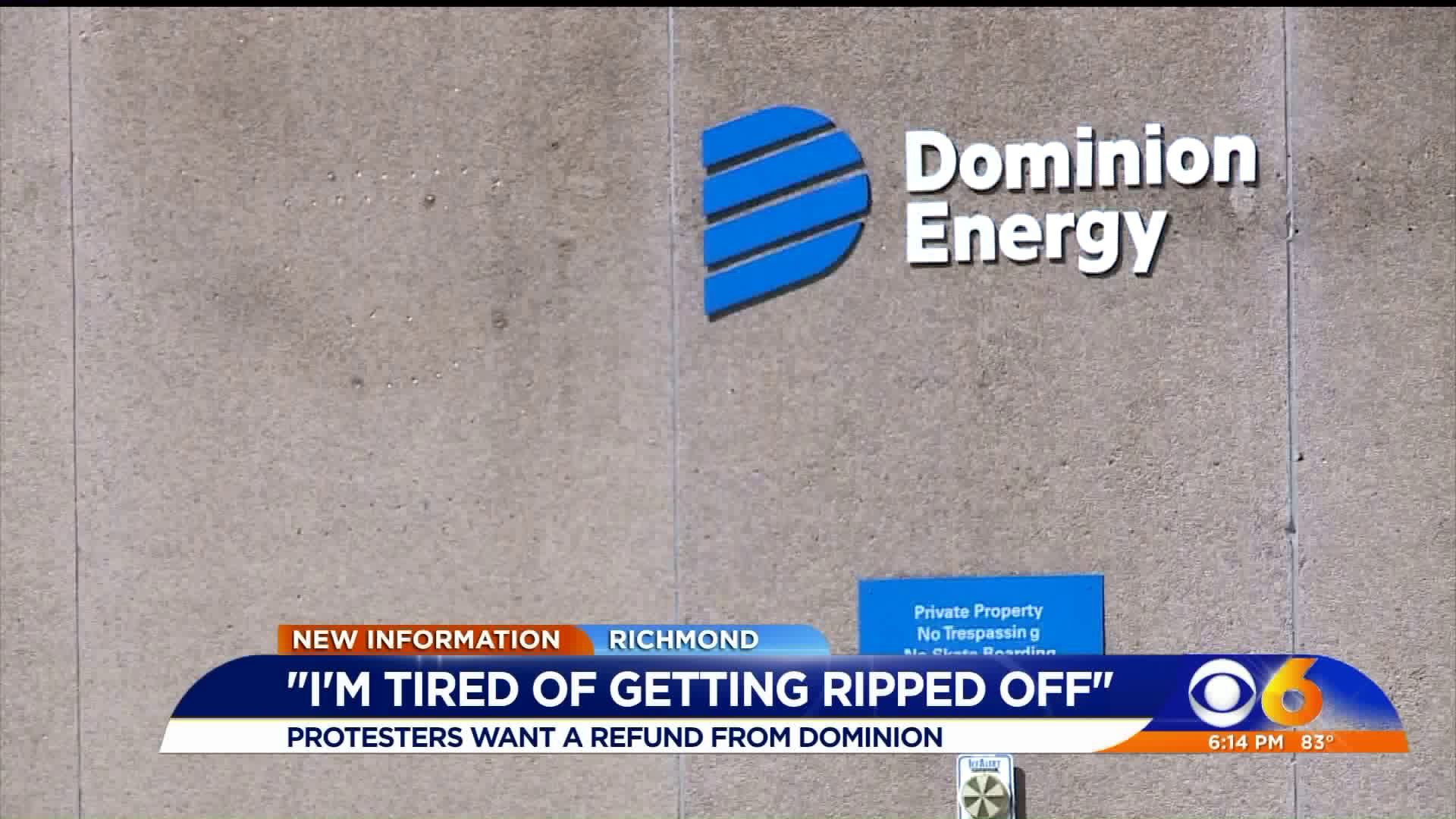 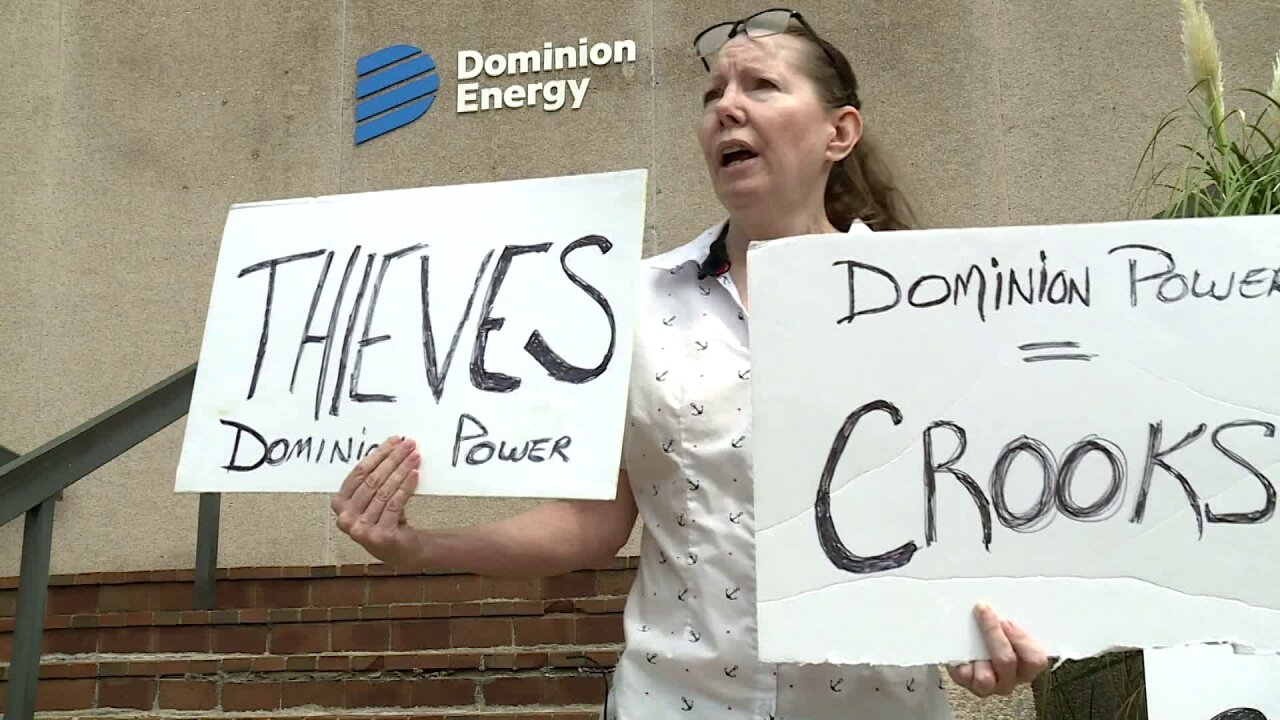 RICHMOND, Va - A group of activists and customers gathered outside the downtown headquarters of Dominion Energy protesting the combined $379 million in over earnings the electric utility charged customers in 2017 and 2018.

The protest comes one day before a State Corporation Commission hearing on Dominion's request to increase the rate at which they can keep excess profits.

A S.C.C. report from last month found that Dominion overcharged customers by $379 million over the past two years, and the average energy bill has increased by about $23 per month since 2007.

An agreement between the power company  and state lawmakers in 2018 allows Dominion to keep a percentage of their over-earnings if they invest those funds in grid modernization and clean energy projects.  Prior to the change, electric companies were required to refund customers, according to the S.C.C.

The bill passed the legislature and was signed into law by Governor Ralph Northm (D).  Supporters said at the time it would life a rate freeze that was in effect for many years, which would benefit customers.  State lawmakers who voted against it and environmental activists argued at the time it would effectively allow utility giants like Dominion to regulate their own rates.

At the protest Monday, activists framed called for the company to refund the excess earnings to customers, chanting,"What do we want?  Our refunds!  When do want it?  Now!"  Several speakers framed the issue as one of economic justice.

"In Virginia, we see people being evicted for less money than Dominion is overcharging on electricity bills every year," one speaker said.

Dominion has said they have already begun investing the over-earnings in solar and wind projects in the state.  The request to increase their rate of equity (R.O.E) is based on market forces to finance those projects.

“We’re making investments in infrastructure to transform our energy grid, reduce emissions, and improve service to our customers," Dominion spokesman Rayhan Daudani in a statement.   "Our ROE represents the cost to finance these and other major utility investments and is determined by market trends and benchmarks for financing similar projects.  Regulatory Research Associates found that there was a slight uptick in these market rates during the first half of 2019 compared to the historic lows of 2018.”

Walmart, Office of the Attorney General Mark Herring, the U.S. Navy, and 36 state house Democrats have all filed briefs asking the S.C.C. to deny Dominion's request.

The S.C.C hearing is scheduled for 10 a.m. Tuesday morning.