Former Richmond DJ broadcasts in the path of Hurricane Dorian: ‘We will be there’ 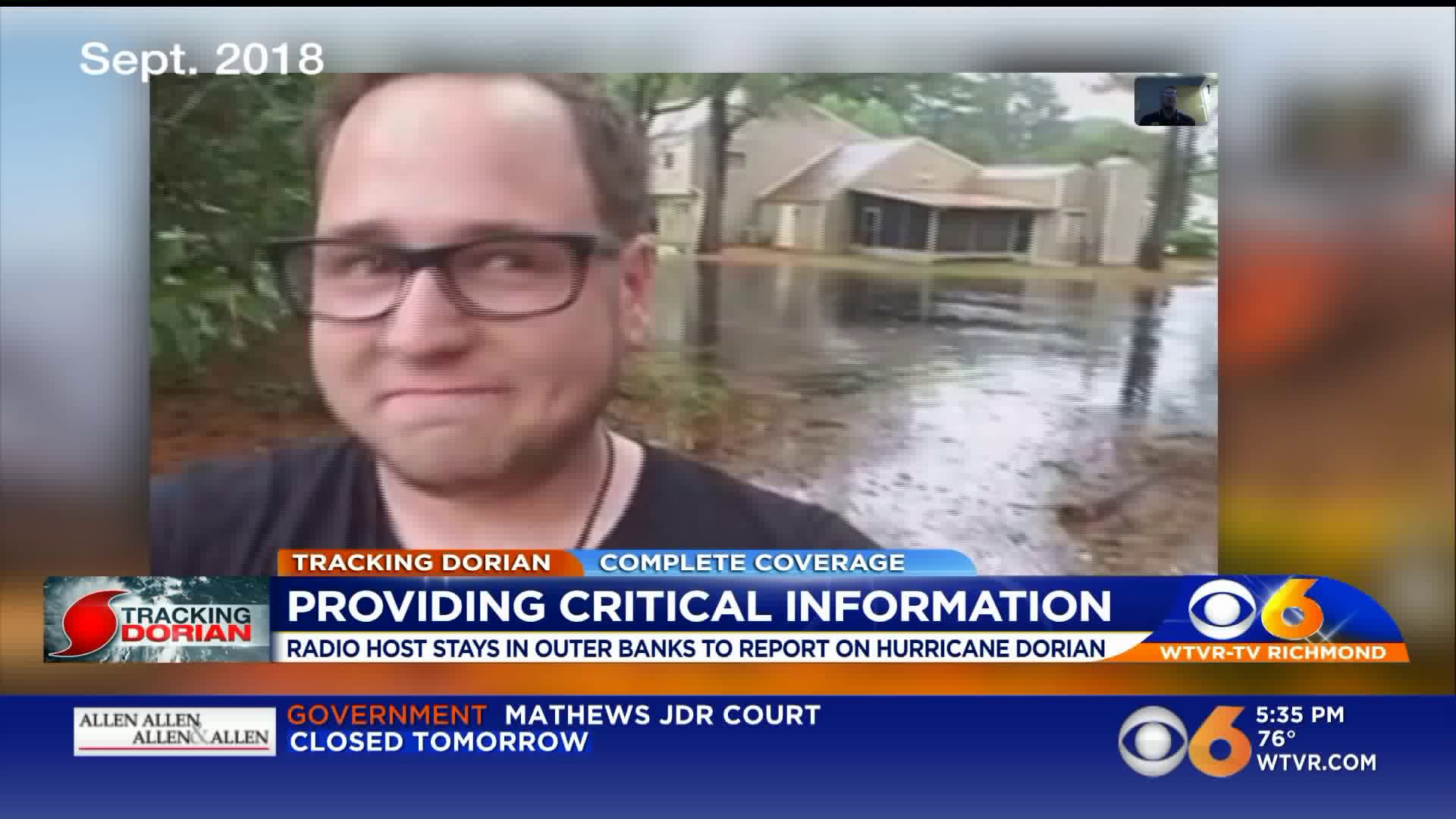 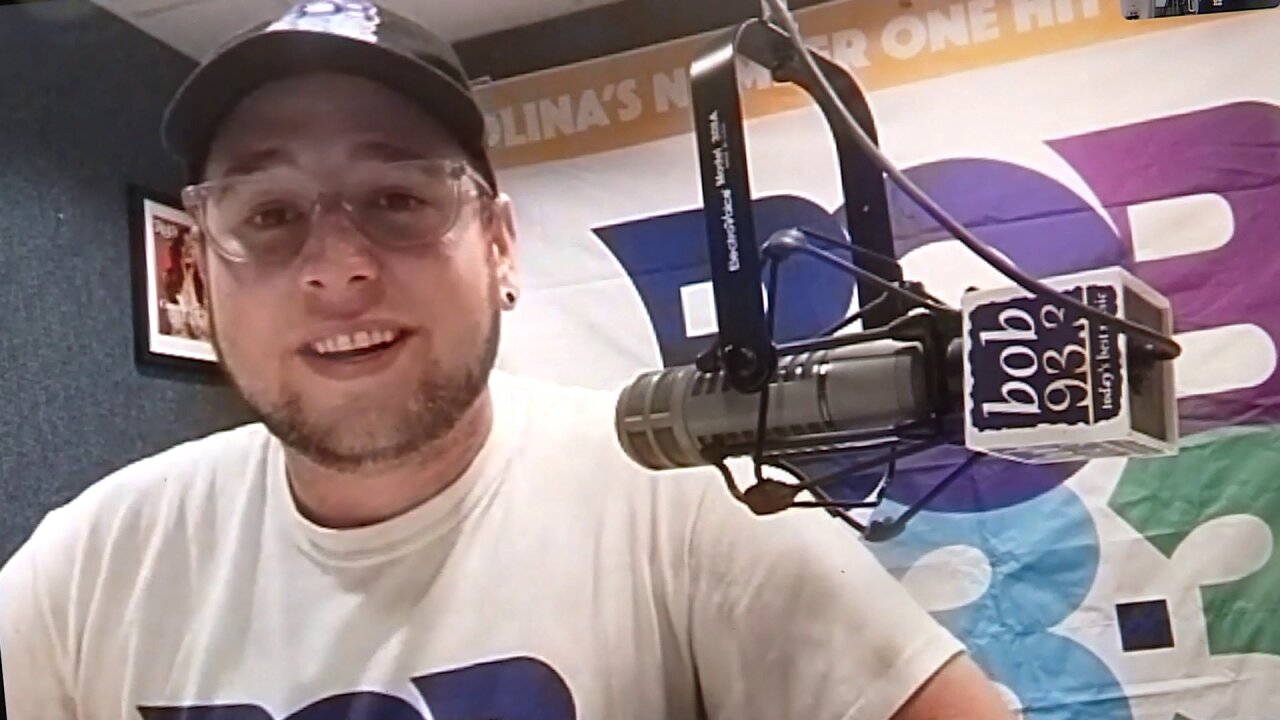 NEW BERN, N.C. -- A former Richmonder now living in Eastern North Carolina will be tasked with staying on the air as Hurricane Dorian rages in the Atlantic.

Austin Moore, who grew up in Chesterfield and graduated from VCU, has called North Carolina home for the last several years.

In September 2018, Hurricane Florence flooded his home in New Bern with more than five feet of water. He called the storm "catastrophic."

"Here at the station we want to inform people before the storm, during the storm and after the storm," Moore told CBS 6 by Skype Thursday. "Technology is great, but at some point if your phone dies, internet dies and the TV is out. There’s no where else to go -- you can put batteries in a radio and we will be there."

Moore said after Florence, the contemporary hit radio Bob 93.3 was the only station broadcasting after the widespread power outages.

He said families and neighborhoods are still cleaning up a year later.

"There’s a TV station across the street completely underwater. I think they’re still broadcasting out of trailers," he explained.

Most of the businesses in New Bern shuttered ahead of the storm. Moore believed families are hunkering down and did not decide to evacuate.

The DJ planned to stay the night at the radio station while Dorian passes.

"I brought a pillow and a change of clothes, but most important I brought my toothbrush and my deodorant," he joked. "But, that’s why we do what we do. Why we stay here all night long, just so people can know what’s going on."

🌀Track Dorian with the Interactive Hurricane Tracker on WTVR.com.