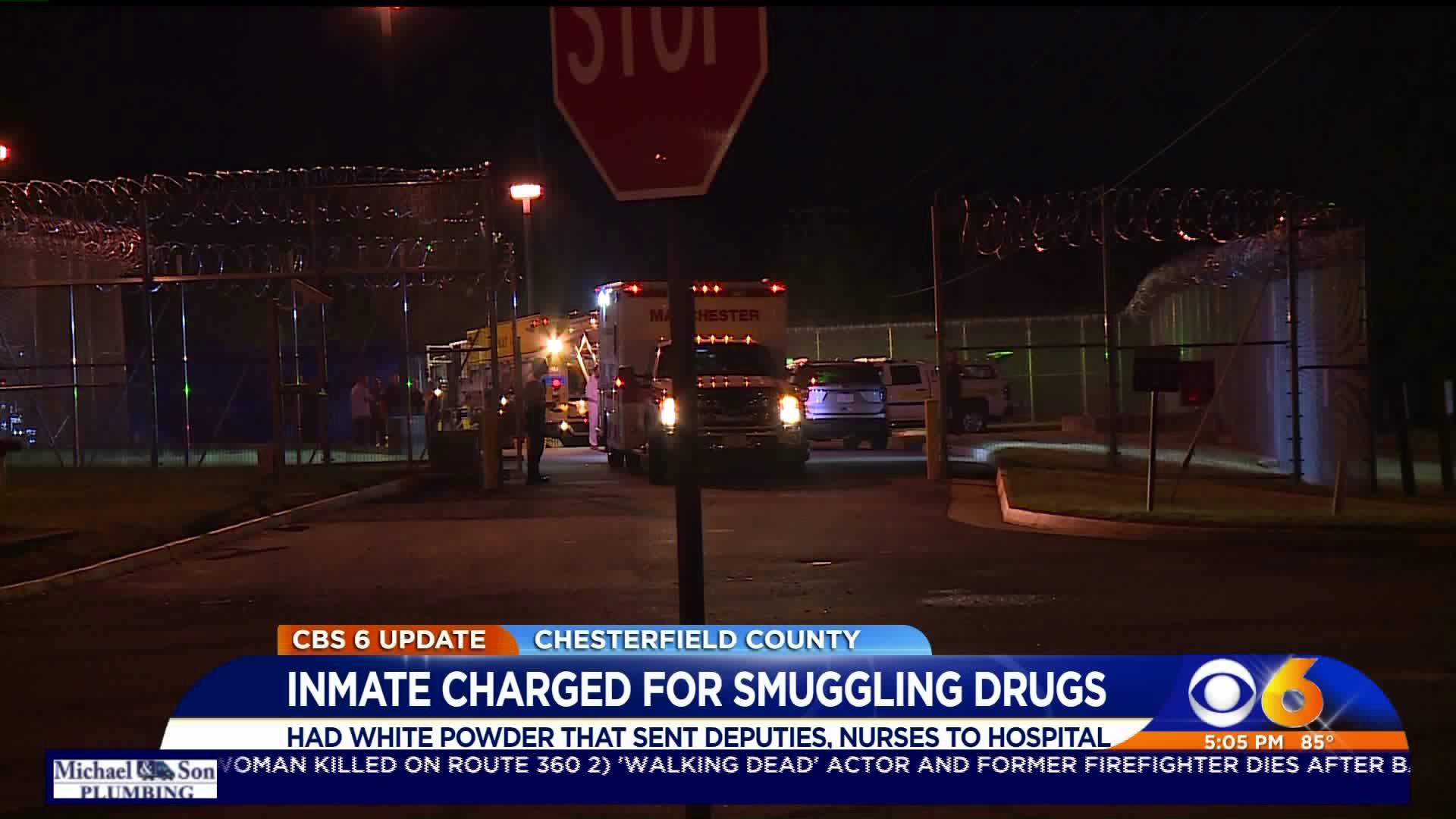 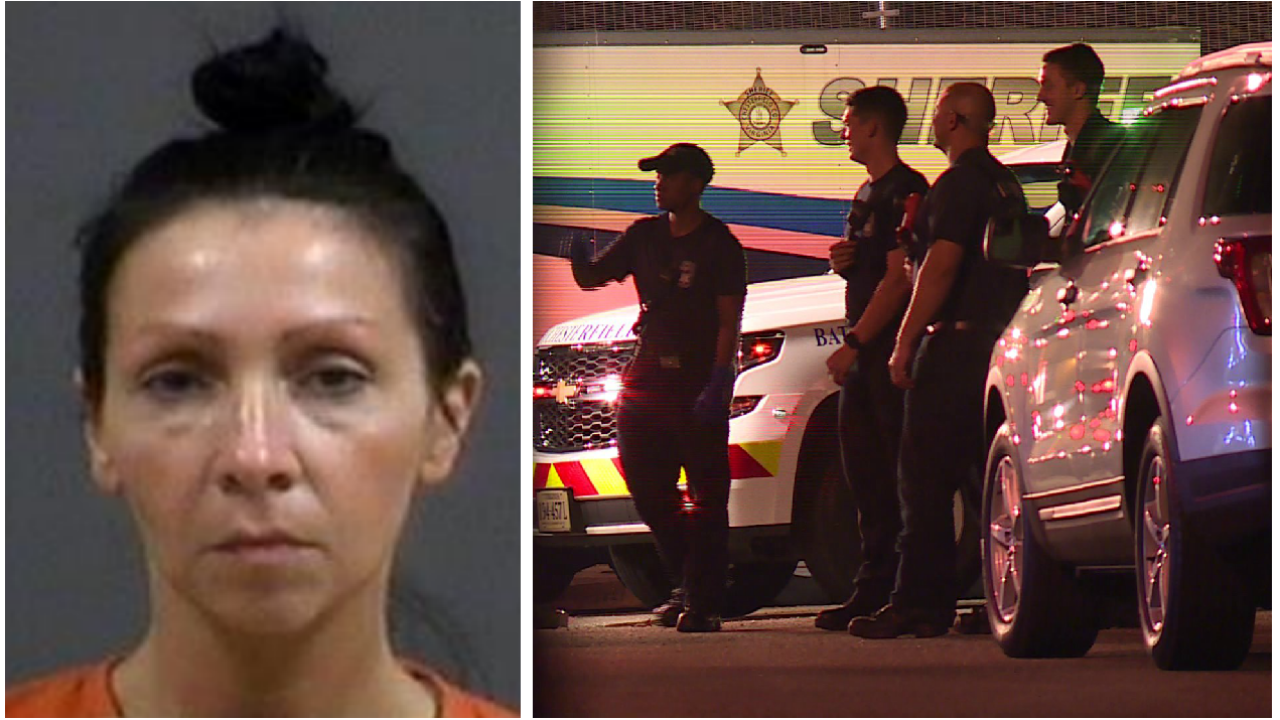 CHESTERFIELD COUNTY, Va. – A Chesterfield County Jail inmate has been charged after she was found to be in possession of a white powdery substance which led to an exposure that sent seven deputies and three nurses to the hospital.

Sarah Elisabeth Moore, 34, was booked at the jail on August 14, for a drug court violation.

Thursday night, deputies at the Chesterfield County Jail were conducting a “shakedown,” a practice to identify illegal contraband, of the 'transit area' of the jail where new inmates are held until being assigned to the general population.

During the shakedown, deputies came across a white powdery substance and began to experience lightheadedness and rashes.

Officials say Moore was found to possess a powdery substance that led to an exposure of 7 deputies and 3 nurses. The exposed staff were evaluated at local hospitals and have since been released.

The incident led to a response of HAZMAT crews as well as Chesterfield Police and Fire and EMS.

As a result of an investigation, Moore has been charged with a prisoner in possession of a chemical unlawfully received.

The charge is a felony punishable with a maximum of 5 years in prison and a fine of up to $2,500.

Moore is being held without bond in the Chesterfield County Jail and is due to appear on Monday, August 19.