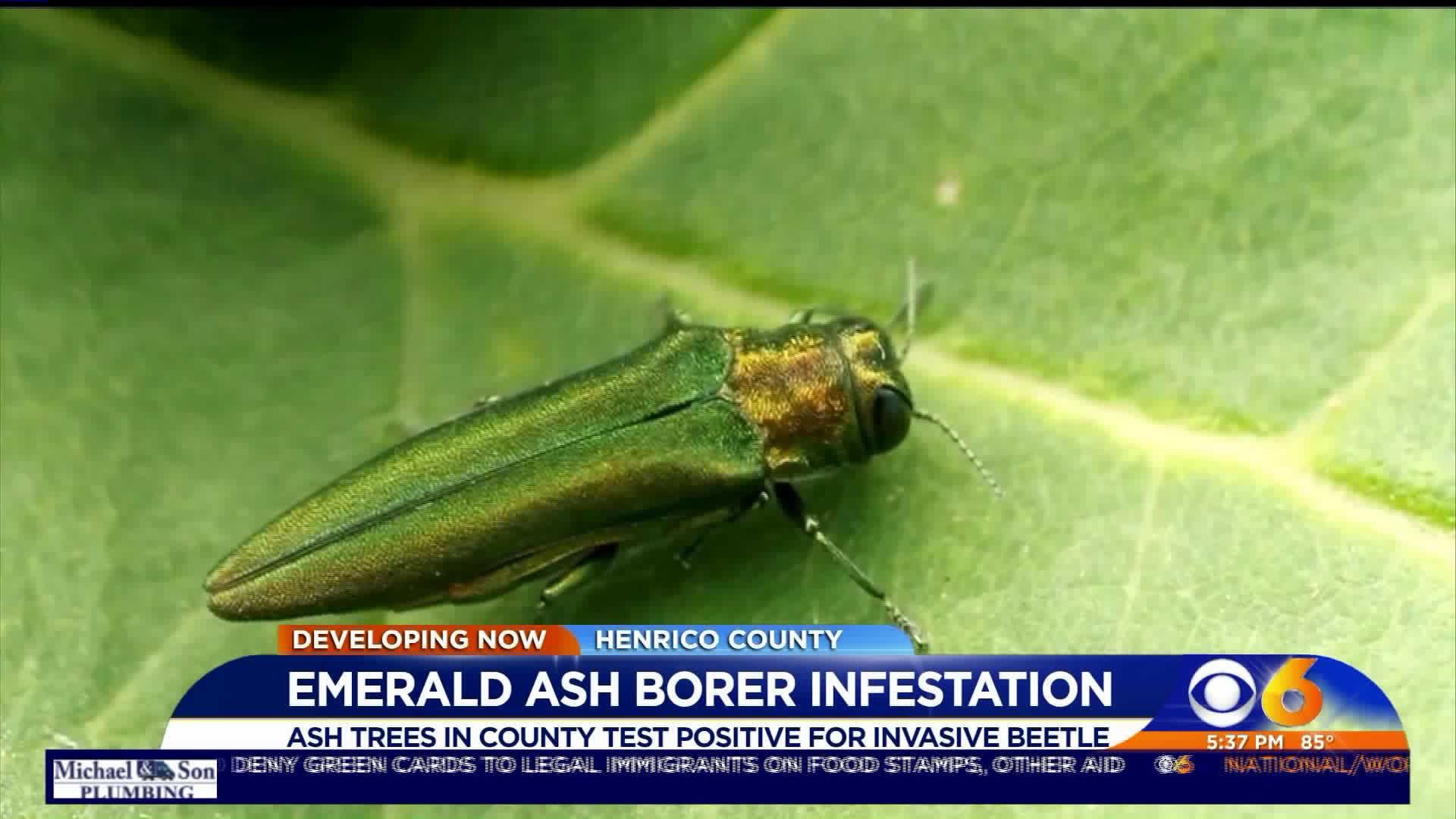 HENRICO COUNTY, Va. -- One of the most destructive forests pests to invade North America has infested ash trees in Henrico County, according to the Virginia Department of Forestry (VDOF).

The emerald ash borer (EAB), an invasive beetle that kills the majority of trees it infests, were found on traps placed along the nature trails at Crump Park and Three Lakes Park.

Forestry officials say this indicates that the population of EAB in the county is already high.

The beetle was first discovered in Michigan in the late 1990s and since then it has spread to 35 states and most of Virginia.

Earlier this year, the invasive beetle was confirmed in the City of Richmond.

The VDOF says all ash trees native to North America are susceptible and those that are infested at 99-percent likely to die within one to five years.

“If not treated or removed, ash trees often fall and unexpectedly drop limbs, posing significant risk to public safety,” said a VDOF spokesperson. “Landowners with ash trees on their property should consider treatment or removal performed by a qualified arborist. If you are not sure if your tree is an ash, see VDOF’s online resources or contact your local VDOF forester for assistance.”

Forestry officials say an infestation can be prevented with a variety of treatments. Trees that are infested can be cured with the same measures if the infestation is not too severe. Molly O'Liddy, a community forester with VDOF, said that typically if the tree has more than 70-percent of its canopy still intact the treatment can be effective.

"Just because you have a greater chance of your tree actually responding to the treatment and surviving," added O’Liddy. Otherwise, an ash tree should be taken down sooner rather than later.

To help protect the trees on private land, next spring, the VDOF is offering a 50 percent cost-share program to offset the treatment of specimen ash trees via trunk injection.

Landowners or organizations with healthy ash trees that are 12 inches in diameter or larger are encouraged to apply. They are asked to contact the VDOF EAB Coordinator, Meredith Bean, at 434-220-9034, with any questions.