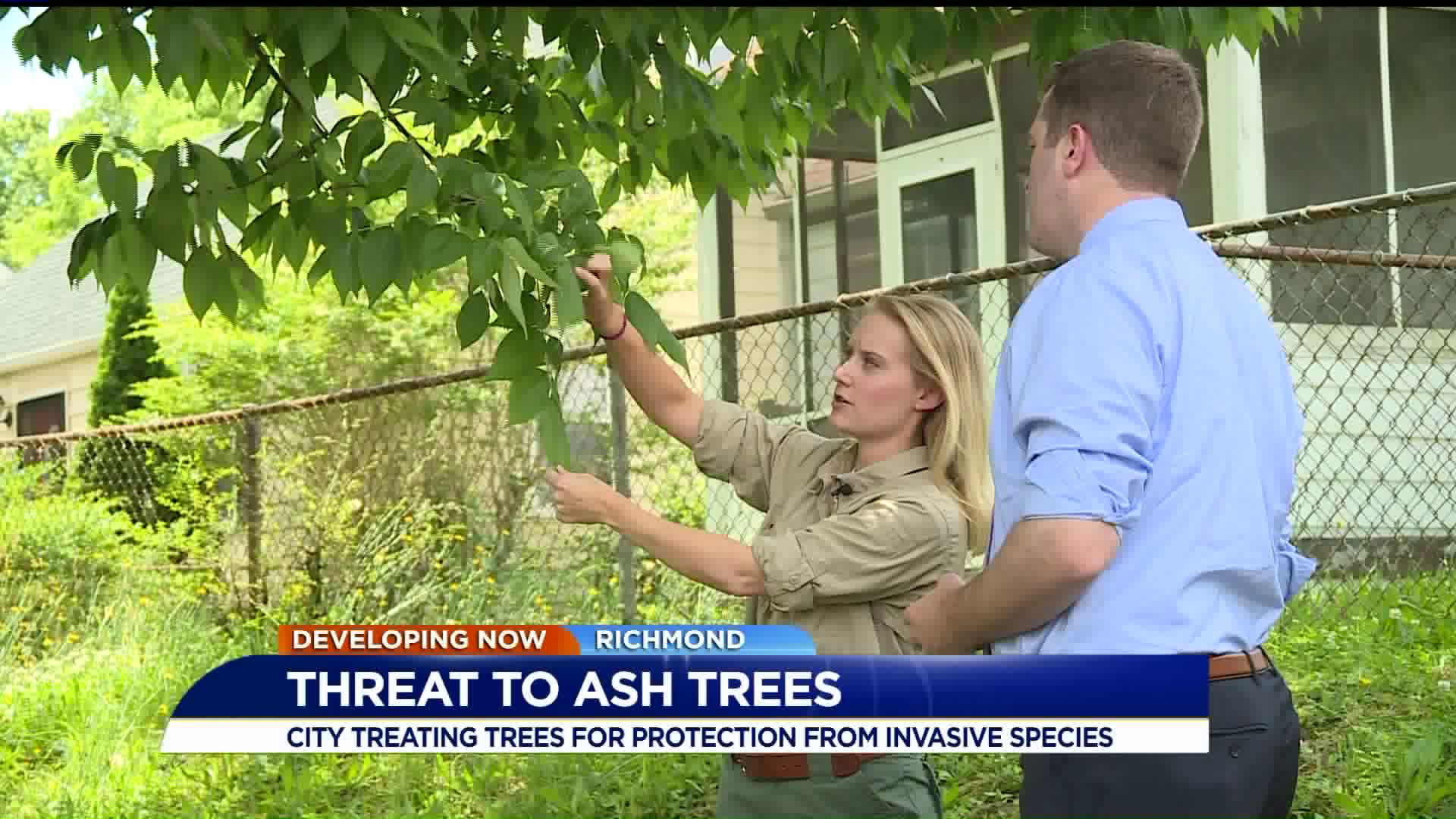 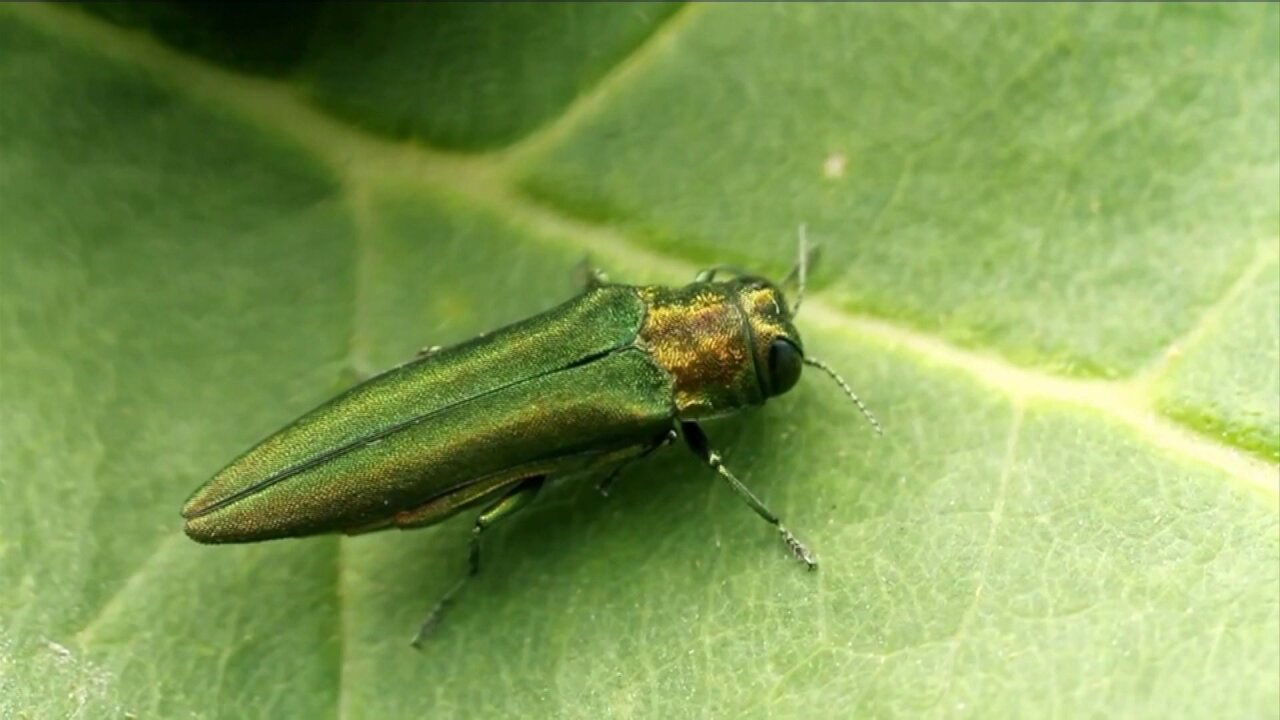 RICHMOND, Va. -- An invasive beetle that kills the majority of trees it infests has been confirmed in the city of Richmond.

The Virginia Department of Forestry (VDOF) said it has confirmed an infestation of the emerald ash borer (EAB) in ash trees in the city.

VDOF said the EAB is "one of the most destructive forests pests to invade North America." The beetle was first discovered in Michigan in the late 1990s and since then it has spread to 35 states and most of Virginia.

It targets all native ash species and those that are infested at 99-percent likely to die within one to five years.

However, the infestation can be prevented with a variety of treatments. Trees that are infested can be cured with the same measures if the infestation is not too severe.

Molly O'Liddy, a community forester with VDOF, said that typically if the tree has more than 70-percent of its canopy still intact the treatment can be effective.

"Just because you have a greater chance of your tree actually responding to the treatment and surviving," added O’Liddy. Otherwise, an ash tree should be taken down sooner rather than later.

"Because, as ash trees die back their wood is very brittle and large branches fall from the tree and so it ends up being a public safety hazard.”

O'Liddy said there are an estimated 1,100 ash trees on public land and those will be taken care of by the city's Urban Forestry Division, but she added they believe there are even more on private property.

"It's a small percentage relative to other cities in Virginia, but still we want to save as many of the ash trees that are in good health as we can," said O'Liddy.

To help protect the trees on private land, O'Liddy said VDOF is offering a 50-percent cost-sharing program to treat ash trees via the trunk injection method. That is where an insecticide is injected into the tree.

O'Liddy is encouraging homeowners to inspect their property for ash trees and contact the VDOF EAB Coordinator, Meredith Bean, at 434-220-9034.

O’Liddy said a forester will come out to your property to inspect your tree to see if it qualifies for the cost-sharing program. She said the trees must be healthy and at least 12 inches in diameter or larger.