Richmond NAACP taking action after daycare vandalism: ‘What about the children?’ 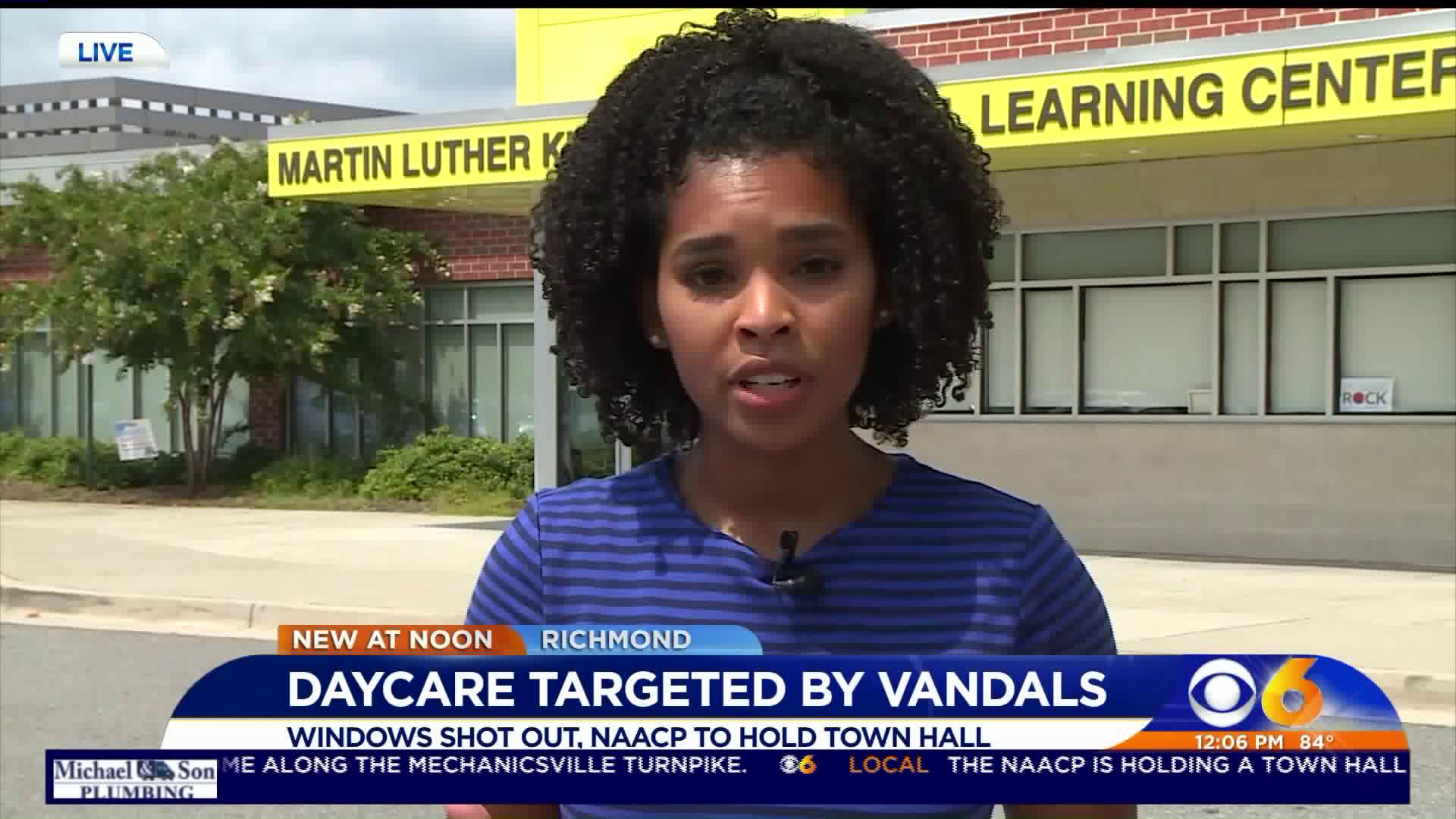 RICHMOND, Va. -- The Richmond branch of the NAACP is set to host a town hall meeting after 22 windows were shot out of a Richmond daycare center last week, the 10th instance of vandalism at the school since March.

“This isn’t about MLK, this is about all schools in RPS,” said James Minor, President of the Richmond Branch of the NAACP.

Since March, there have been 10 instances of the windows to the preschool and middle school being destroyed, according to a Richmond Police Spokesperson.

It's a re-occurrence that has the Richmond chapter of the NAACP speaking out saying these type of incidents are unacceptable and asking the question: “What about the children?”

Minor, as well as community members, say they want the vandals to know that there are consequences when it comes to vandalism in the city.

"Now its time to take the revival to the street," said Minor.

He says he plans to do that by having pop-up tours and going throughout the community to find out what needs to be done.

"We need to act and the time is now to act to help decrease the crime and to stop the violence in the city of Richmond. And not just Richmond but also in Henrico, Hanover and Chesterfield as well," Minor added.

The town hall meeting will be held Wednesday, August 7, at 6:15 p.m. at Martin Luther King Jr. Middle School. At the meeting, there will be discussions about vandalism as well as how you can help in the pop-up tours.