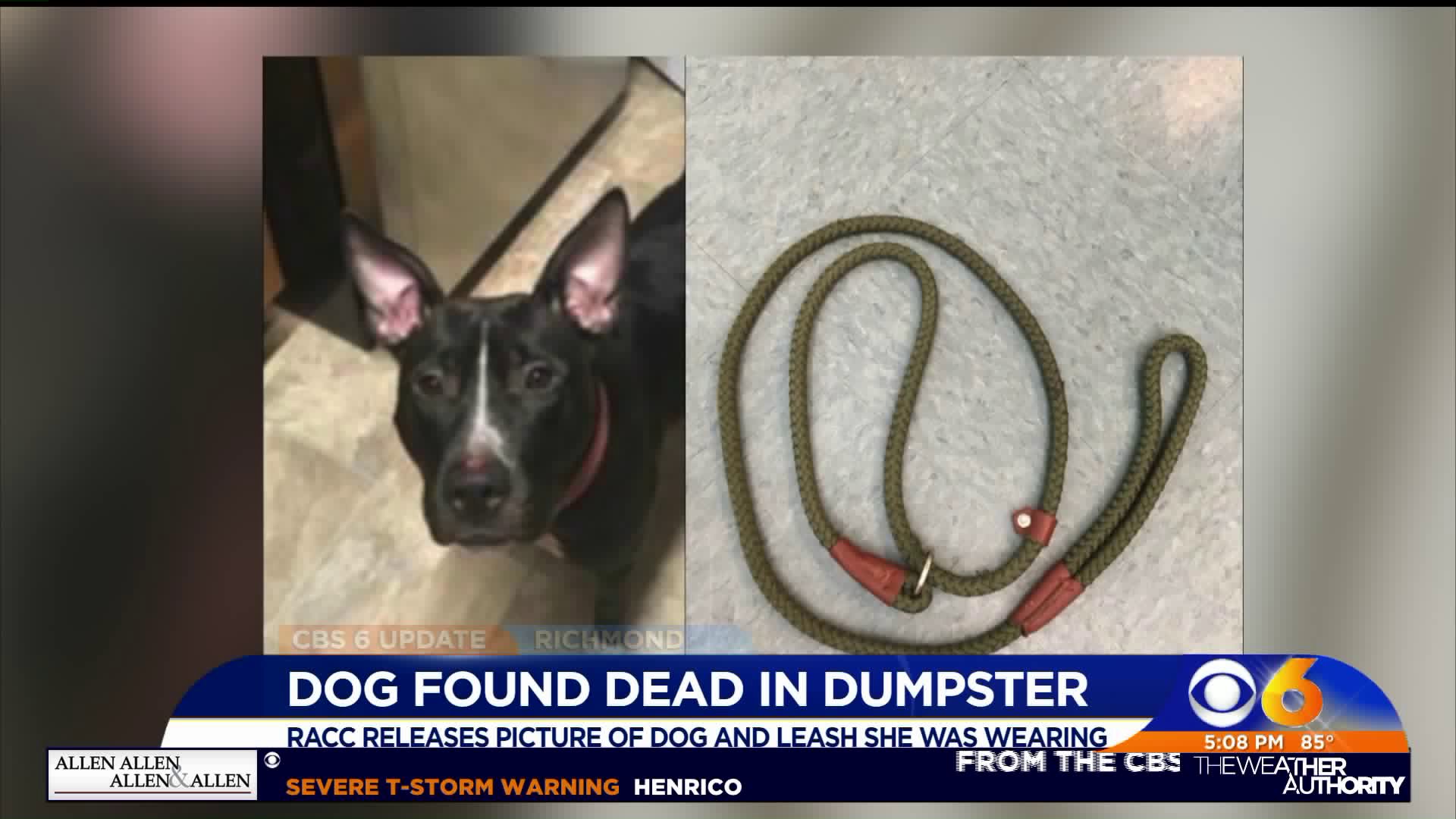 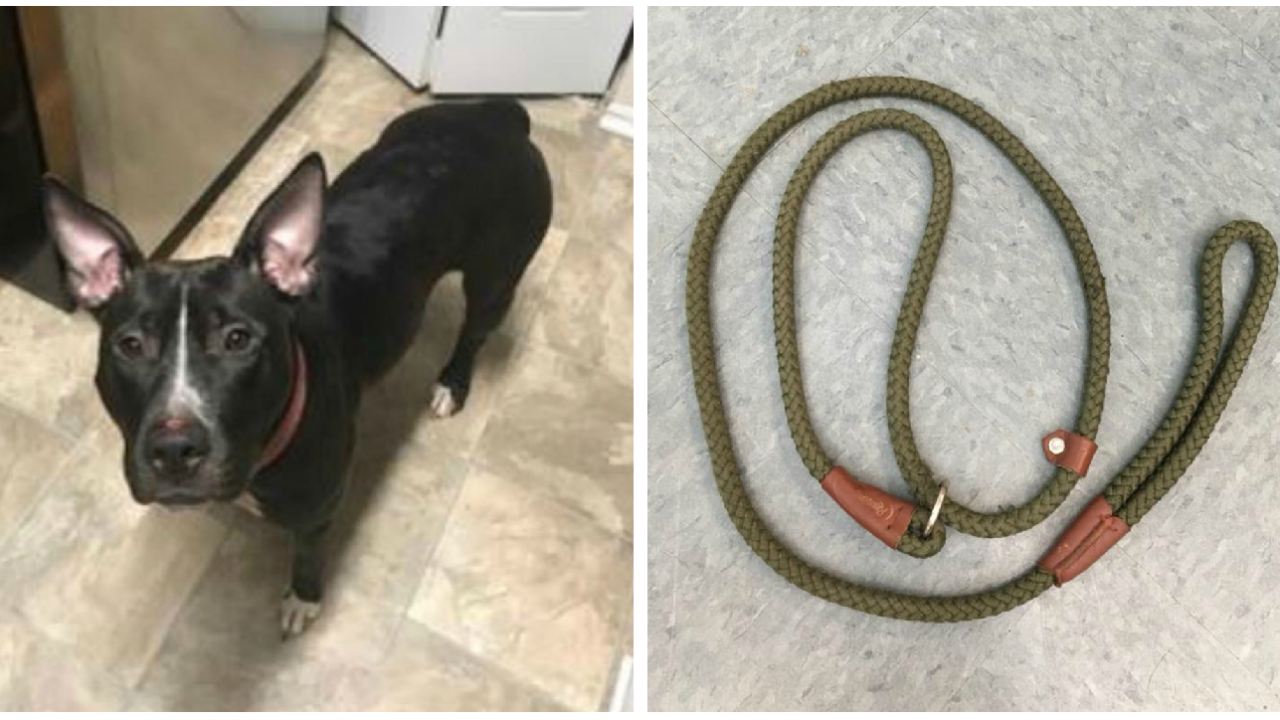 RICHMOND, Va. -- Richmond Animal Care and Control (RACC) released a photo of the dog that was found strangled to death and her leash in the hopes of finding who committed the “terrible crime.”

The 3-year-old female pit bull was discovered inside a dumpster behind John B. Cary Elementary on Friday, July 26. Richmond Animal Care and Control believe she was dumped just an hour or so before she was discovered.

"The park was full of people. There were kids and families everywhere," said RACC Director Christie Chipps Peters.

Officials with RACC say it appears that the dog was strangled with a hunter green slip lead leash.

RACC released a photo of the dog from her previous home and the identical leash she was wearing in the hope that someone recognizes them.

“Thank you to everyone that has sent in tips for the strangled dog case-keep them coming!” RACC wrote.

The dog was micro-chipped and Chipps Peters said they have spoken with the dog's previous owner.

"The owner of the dog had rehomed her. She’s been very helpful giving us some information," she explained.

“No piece of information or recollection is insignificant. Please help us find the person/s responsible for this terrible crime,” RACC wrote.