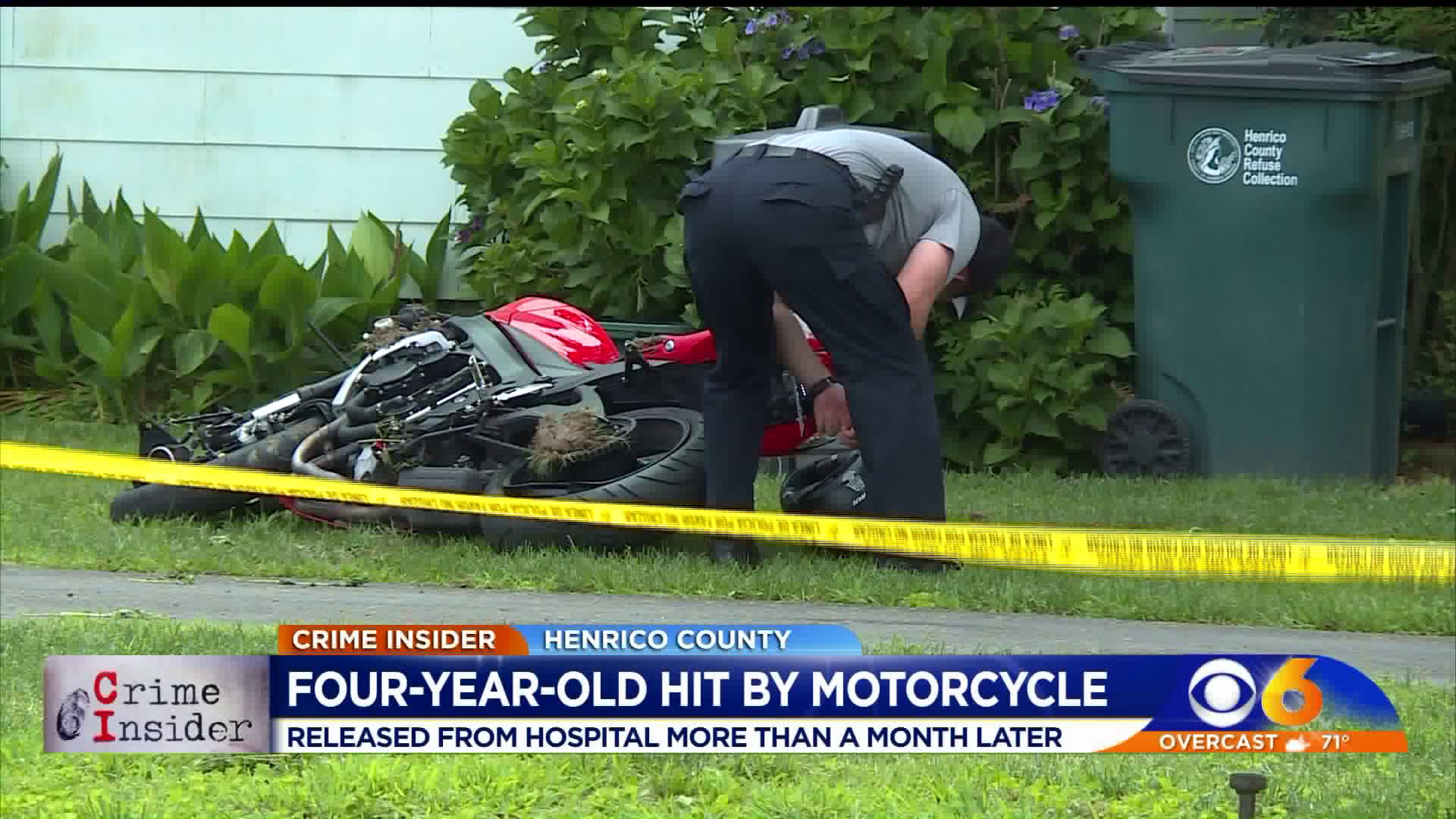 SANDSTON, Va. -- After weeks in intensive care at VCU, and a rehab stint in Norfolk, four-year-old Owen Dolan is back at his Sandston home.

Life for the youngster is slowly getting back to normal.

With an iPhone, and a mic, young Owen Dolan is on track for a career in journalism. That’s an improvement from weeks ago, when the little boy was fighting for his life.

"After his accident, I just never thought I'd bring him home, but I am fortunate that he recovered so well," his mom Wednesday.

Dolan was sitting on his bicycle at the end of his driveway on North Beech in Highland Springs on Father's Day when his mom says he was blindsided and hit by a man speeding on his motorcycle.

Police later identified that man as Alexander Pettiford. Troopers say he was involved in a high-speed police pursuit just minutes before the crash.

"My leg got this right there," said Owen, pointing to his knee.

With pins right above his knee, and scars on his back, stomach and scalp, Owen has come a long way from what mom calls the "turning point" in his recovery.

She captured video of him shoveling chocolate pudding in his mouth, and says she knew then, her boy was going to be okay.

Alexander Pettiford, the man who hit Dolan with his motorcycle,  remains in Henrico Jail West with no bond.