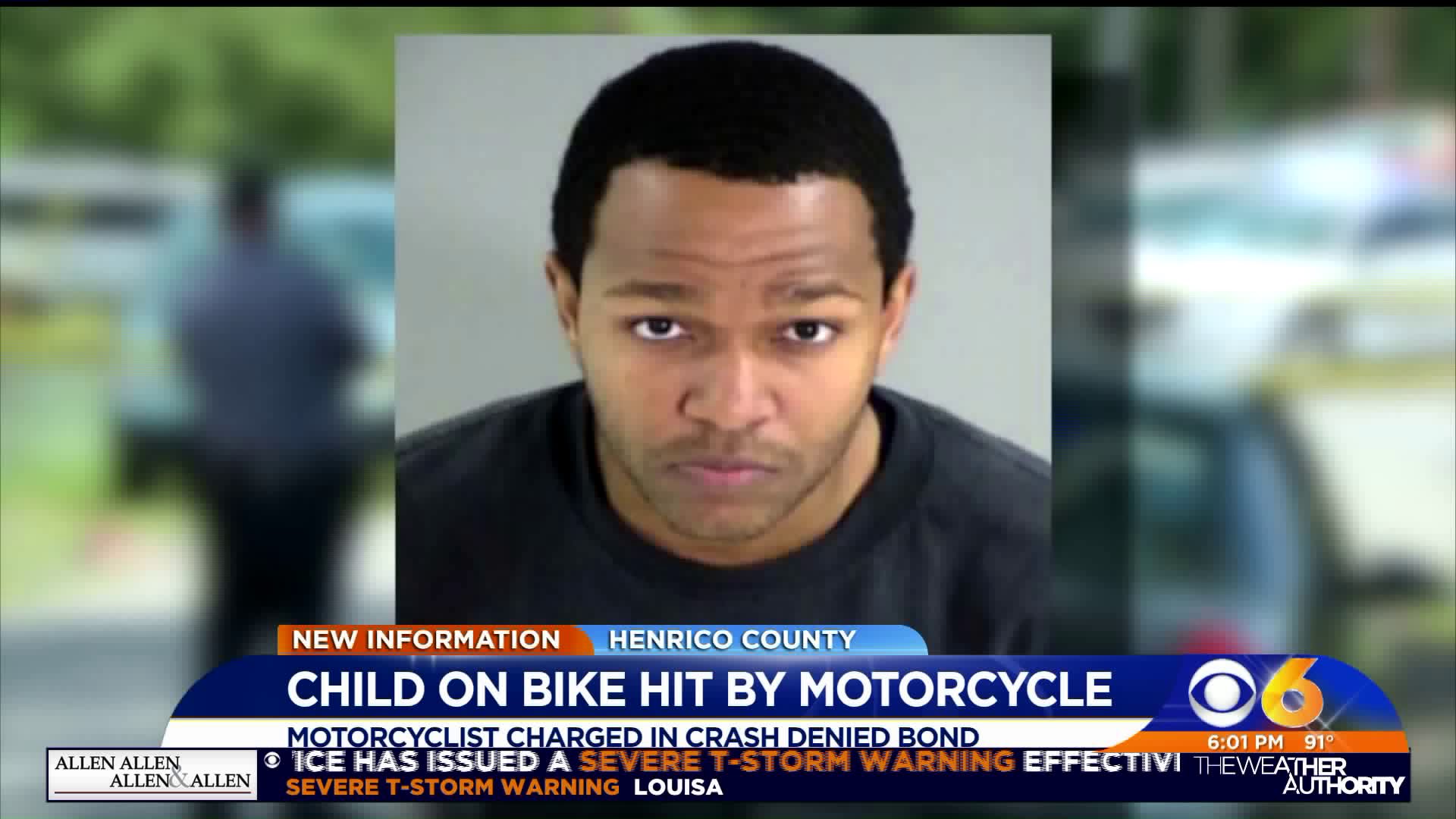 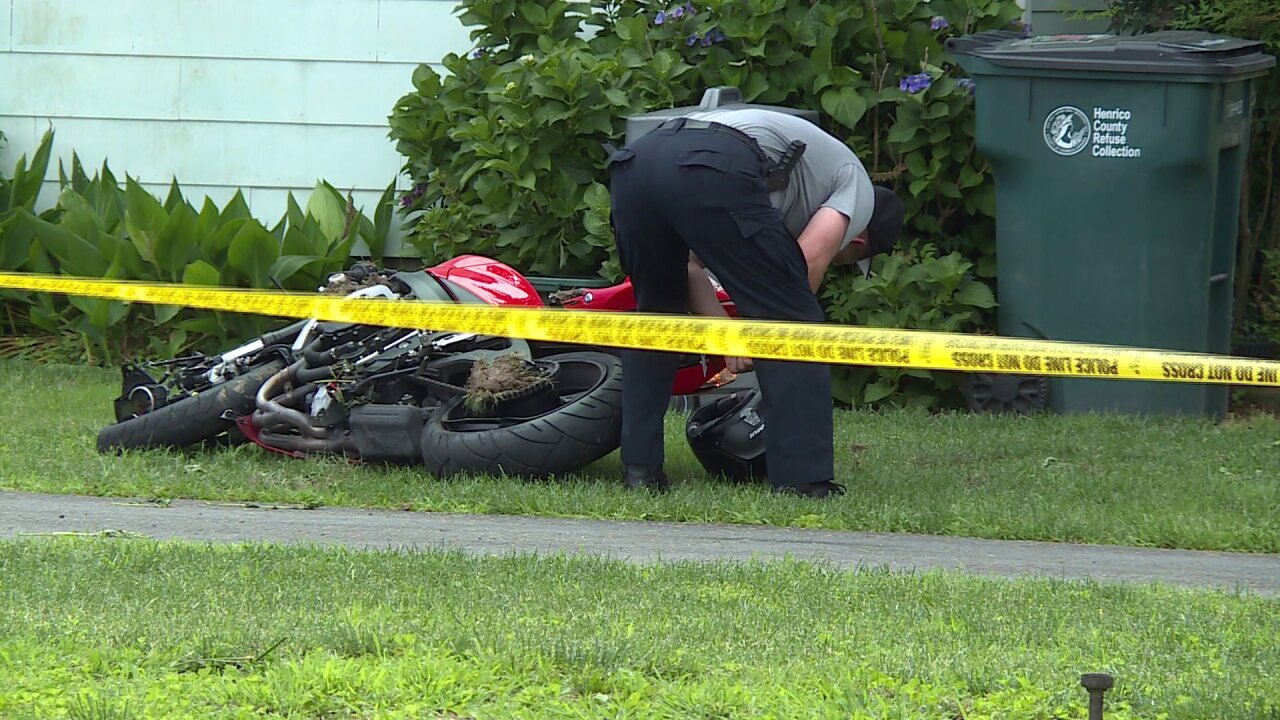 HENRICO COUNTY, Va. -- Police have made an arrest after a boy riding his bicycle was hit by the driver of a motorcycle in Highland Springs on Father’s Day.

Alexander Rashad Pettiford 27, of Fayetteville, N.C., was charged with one felony count of eluding police, one count of having a concealed weapon, two counts of reckless driving, one count of speeding, and six traffic infractions.

"Upon arrival of first responders it was determined a juvenile male on a bicycle was struck by a motorcycle," Lt. Matthew C. Pecka with Henrico Police said.

Police say that prior to the accident, a Virginia State Police trooper attempted to stop Pettiford while he was driving south on Interstate 295 for speeding - 97 mph in a posted 70 mph zone. He refused to stop and sped away from the trooper, taking Exit 31 off I-295 and then turning onto Nine Mile Road. A pursuit was initiated but ended 2 minutes later when the trooper lost sight of the motorcycle on Nine Mile Road.

The trooper remained in the area in case the motorcycle should reappear.

Shortly after, the trooper was notified by State Police dispatch that Henrico County Police were responding to a crash on North Beech Avenue involving a motorcycle and juvenile.

The trooper responded to the scene and confirmed it was the same motorcycle he had previously been pursuing.

The boy was transported to an area hospital. There was no word on the extent of his injuries.

“I got chills. It could’ve been my kids," Smith said. “My kids were just asking me earlier if they could go ride their bikes down the street." 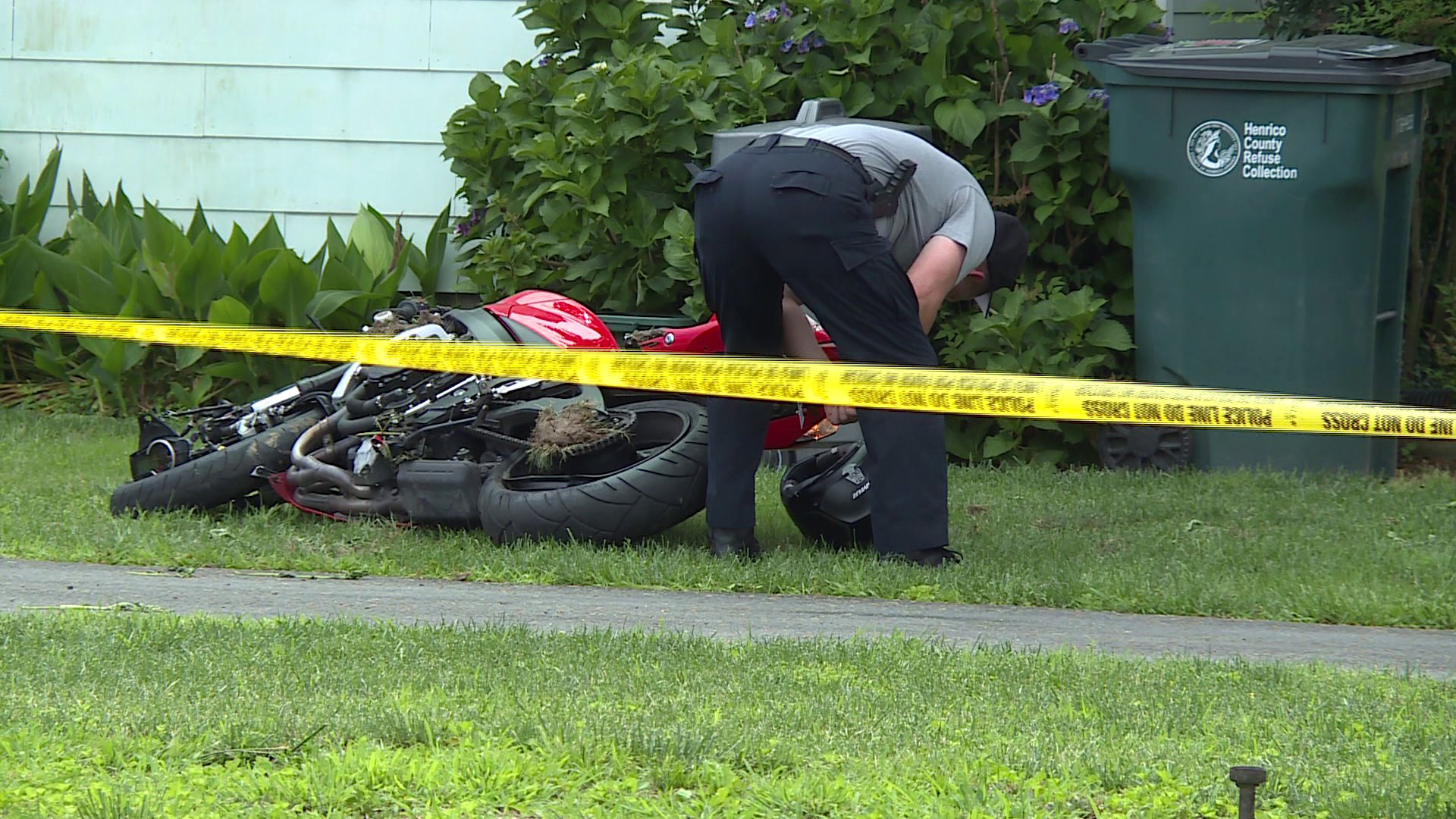 The speed limit along the neighborhood street is 25 mph, but Smith said many drivers go much faster.

“It’s been an ongoing issue for quite a while," Smith said. "Cars fly down in the mornings when you’re standing out at the bus stops... easily 60-plus sometimes.”

“Yeah, speed bumps. I think that would be a big thing, big thing," Smith said.